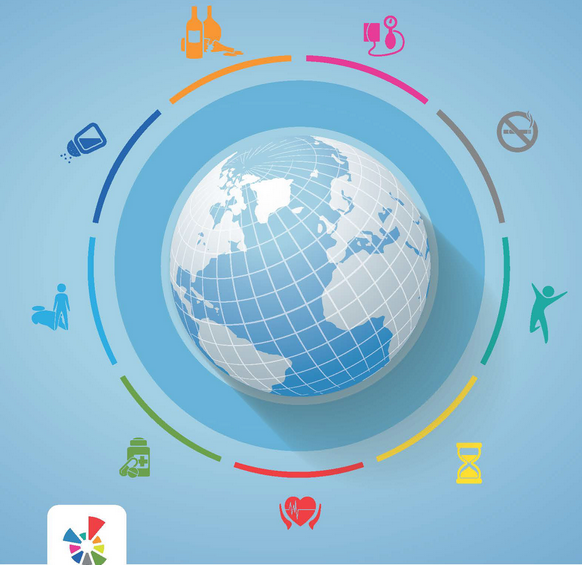 On 19 January the WHO launched the Global Status Report on Noncommunicable Diseases 2014, the second in a triennial series tracking progress in the prevention and control of NCDs. This is a significant report that deserves to be widely read by the public health and development communities in Australia and internationally, and which further emphasises the need for enhanced action by Australia’s government and INGO development actors in this area.

Following the UN’s High Level Meeting on NCDs in 2011, there has been increasing recognition that NCDs – particularly the four key disease groups of cardio-vascular diseases, chronic respiratory diseases, cancers and diabetes – are among the greatest threats to health and development in the 21st century. It’s worth reminding ourselves of the data: as the Global Status Report (page xi) notes, in 2012 NCDs accounted for 68% of the world’s deaths, more than 40% of which were premature (under the age of 70). Addressing these diseases collectively makes sense, since they largely share the same risk factors (tobacco use, harmful use of alcohol, physical inactivity, and unhealthy diet). Addressing them as a development issue also makes sense, given that around three quarters of NCD-related mortality is in low and middle in come countries, and NCDs are the biggest killer on all continents except Africa. They are also a major drain on health systems, and a driver of poverty – from 2011–2025, the cumulative economic loss due to NCDs under a “business as usual” scenario in LMICs has been estimated at US$7 trillion.

Efforts to address NCDs are now starting to accelerate, including the establishment of global frameworks upon which this commitment can be built. In 2013, the World Health Assembly endorsed the Action Plan for the prevention and control of NCDs 2013–2020, and the comprehensive Global Monitoring Framework and targets for the prevention and control of NCDs. In 2014, the UN General Assembly conducted a review of progress in implementing the 2011 HLM’s Political Declaration. This review recognises that while there has been progress at national levels since September 2011, progress in implementing the Political Declaration’s commitments has been highly uneven, and an acceleration of efforts is essential.

Against this backdrop, several reports were released in 2014 that represent a significant contribution to the evidence based in this area, and demonstrate a broadening of awareness and commitment beyond a narrow range of public health and medical stakeholders. The World Bank released the Non-Communicable Disease (NCD) Roadmap Report, which outlines a practical multi-sectoral approach for a country and regional response to the NCD crisis in the Pacific – moving beyond health ministries to explore the potential role of Prime Ministers’ offices, Attorneys General, and Ministers of Finance and Economics, Agriculture and Fisheries, Communications, Customs and Excise, Trade, Sport and Urban Planning. In addition, Global consulting firm McKinsey and Company released an analysis of the international health and economic impact of obesity (which they note is on par with that of smoking; and armed violence, war and terrorism together), and which seeks to provide a comprehensive and objective framework for global action on obesity. Finally, the Council on Foreign Relations convened a taskforce to address NCDs, and launched a report that provides concrete suggestions around why and how the US Government should increase its NCDs commitment.

In 2015, the Global Status Report solidifies our understanding of where nations and the international community are. This report is based around the nine voluntary targets established by the Monitoring Framework, which include: a 25% relative reduction in overall mortality from the four main NCDs; specific targets focusing on improvements in exposure to behavioural and biological risk factors; and targets around national systems responses, including drug therapy to prevent heart attacks and strokes, and medicines and technologies for treatment.

The Australian Government’s approach to addressing NCDs as an aid challenge, while in some areas encouraging and useful, has been piecemeal. Australia’s efforts so far have included:

In a further sign of commitment, Australia’s Development Counsellor (Health) to the United Nations was recently appointed to the WHO’s ‘Working Group on how to realize governments’ commitments to provide financing for NCDs’, one of two working groups established to provide recommendations to the WHO’s Director-General on how to meet the commitments made at the UN’s 2011 High Level Meeting.

Australia now has an opportunity to build on these efforts and provide global leadership in this area. The development of a comprehensive strategy for how Australia will contribute to the WHO’s Action Plan, and to the NCD efforts of national governments, could bring together the activities of a range of Australian stakeholders, encourage partnerships, and act as a clear signal of Australia’s commitment in this area. Backed with appropriate funding (last year, ACFID’s Aid Budget submission called for an extra $31 million in 2014–2015, and $125 million over a four year period), such a plan would enable scale up of existing effective activities and expansion beyond the Pacific into the Asian region.

It would also help facilitate engagement by Australia’s INGO community, who to date have largely ignored the NCD crisis, in favour of those higher profile diseases enshrined in the MDGs, and those like Ebola that dominate the news cycle and demand urgent responses that contrast with the often ‘slow motion’ nature of NCDs. In 2013, Rob Moodie and I published an ACFID Research in Development paper which showed that there is a broad range of interventions in NCDs prevention and treatment that work, and that could be integrated into the activities of INGOs including: advocacy and policy support; medical support; youth and child health programming; health systems support and integration into other programs (like HIV/AIDS control); and the establishment of partnerships with a range of organisations in LMICs that seek to prevent and control NCDs.

In this context, the recent aid budget cuts are even more disappointing, and would appear to further reduce the likelihood of a coherent, strategic effort by the Australian Government in this area; a situation compounded by a lack of consolidated advocacy around NCDs as an aid issue in Australia. But momentum at the international level, combined with the rapidly growing evidence base, shows that this is exactly what is needed.