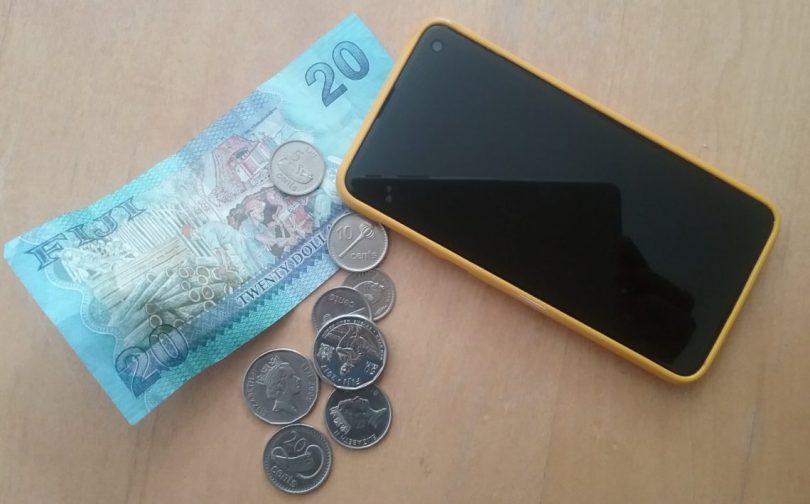 Last year, global remittances overtook foreign direct investment as the biggest inflow of money into developing countries. COVID-19 is expected to reduce the amount of global remittances in 2020 by 20 per cent. This sharp decrease will be a serious problem for countries like Tonga, Samoa, Kiribati, Fiji and Tuvalu, where remittances represent one of the main sources of hard currencies needed for international trade. In Tonga, remittances represent some 40 per cent of GDP – the highest proportion in the world.

Many families rely on those remittances for basic living expenses such as housing, food, school fees and medical care. Reduced remittances also have a knock-on effect on local economies through decreased spending. As a result of the COVID-19 pandemic, economies throughout the Pacific are already suffering from the global slowdown or shutdown of industries, particularly tourism.

The Director General of the Vanuatu Ministry of Finance and Economic Management, Mr Letlet August, expressed his concern about a potential decline:

In Vanuatu, we are acutely aware that a reduction in remittances can have major ripple effects across our local communities and economies and can result in a decrease in productive investment, consumption spending and access to education and health services. Lockdowns, travel bans and physical distancing measures in response to the crisis have disproportionately affected the migrant workers, who have found themselves stranded unable to return to their place of work or their communities of origin.

This is why, in the past few weeks, the Pacific Islands Forum Secretariat and the governments of Vanuatu, Tonga and Fiji joined a global call to action to policymakers, regulators and remittance service providers to improve migrants’ access to sending and receiving remittances, and to reduce transfer costs during the ongoing COVID-19 pandemic. The call to action was spearheaded by the governments of Switzerland and the United Kingdom, and supported by the United Nations Capital Development Fund, the United Nations Development Programme, the global knowledge partnership on migration and development KNOMAD, the World Bank, the International Organization for Migration (IOM), the International Association of Money Transfer Networks and the International Chamber of Commerce.

Previously seasonal workers tended to send remittances in cash, with receivers also collecting cash. Lockdown measures in both the sending and receiving locations have made this more difficult. Data collected by the IOM found a significant shift to digital remittances since March 2020. For instance, the Reserve Bank of Fiji recently reported that remittances utilising digital channels increased by 68 per cent (from F$2.75 million to F$4.62 million) from March to April 2020. Digital remittance channels like mobile money wallets are cheaper to maintain as they don’t require a network of physical agents. If remittance service providers are supported to continue developing digital channels then we can expect to see a further reduction in the cost of remittances in the Pacific.

The Pacific remittance corridors are currently far from the UN Sustainable Development Goal 10.c of reducing transaction costs to under 3 per cent. The average cost of sending money from New Zealand to Tonga, for instance, was almost 10 per cent in the second quarter of 2020. Reducing the cost of sending remittances will cushion the downward trend of the volumes sent home due to the impact of COVID-19. A good example of such an approach comes from Fiji where Vodafone has committed to making remittances through their M-PAiSA Mobile Money app fee-free for a period of two months. As a result, transactions per month rose from 6,500, with a cumulative value of U$900,000 in March, to 25,000 in June with a cumulative value of around U$3.2 million.

The Pacific Financial Inclusion Programme, which supported Vodafone with its initiative in Fiji, is now preparing to expand this approach to Tonga to work with the Tonga Development Bank to further develop their digital channels, as well as on a campaign to significantly reduce the costs of remittances on the corridor between Australia, New Zealand and Tonga.

Compliance has been identified as a key cost for remittance service providers. A decline in corresponding bank relationships is driving up costs and creating barriers for service providers. Risk-based due diligence, where the level of checks for customers identified as low risk are reduced, could help migrants to access services more easily and help service providers to reduce costs. The development of regional, technology-based, Know-Your-Customer solutions would also increase banks’ confidence in money transfer operators.

In the longer term, the situation calls for increased regional cooperation and coordination to make it as cheap and as easy as possible to send remittances home.

Rose Payne is a Knowledge Manager and Communications Consultant for the Pacific Financial Inclusion Programme (PFIP). PFIP is a United Nations program that has helped over 2 million low-income Pacific Islanders access formal financial services since 2008.