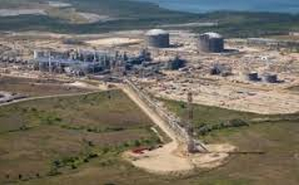 Papua New Guinea’s proposed Sovereign Wealth Fund was intended to stabilise the kina and secure assets for the future. But, as Paul Barker from the Institute of National Affairs argues, the government’s borrowing plan for Oil Search shares may jeopardise the fund’s effectiveness.

The proposed Sovereign Wealth Fund (SWF) is somewhat jokingly referred to by some as the Sovereign Wealth Vacuum, as we await the government to release its revised legislation setting up the fund.

The original idea was to put income from resource projects into the fund (held largely in safe offshore securities) and use those investments to stabilise the currency and provide some core development expenditure, whilst providing confidence for investors etc in PNG’s economic management.

But the government’s plan to borrow K1.7 billion (A$1.2 billion) for a stake in Oil Search, and by extension invest in PNG’s potential second LNG project, means it is effectively pre-borrowing from the fund.

There are invariably some risks associated with a sovereign fund, including those associated with foreign exchange, investments and also the temptation a pot of money provides. But, in borrowing, the government is taking on the extra burden of interest payments too.

Effectively, that’s what PNG did a few years ago. We borrowed from the International Petroleum Investment Company (IPIC) to be able to participate in the ExxonMobil-led PNG LNG project, basically mortgaging the existing equity the state had in gas via its stake in Oil Search; a circuitous and costly arrangement.

During that process, the mortgaged shares in Oil Search appreciated to the point where it was going to cost a lot more money to retain or regain them.

The argument now is that the current Oil Search deal may be better deal than than trying to regain them from IPIC but it’s still a lot of money and it remains speculative. It also raises PNG’s debt levels and diverts public funds from the core functions of government.

Maybe it is a good deal if you’re a business investor, as Prime Minister Peter O’Neill claims, but if we pre-borrow everything in advance, what will be left?

It also raises the question of what the purpose of government is and the purpose of the SWF. And then how does this deal relate to the State’s equity entitlement in the proposed Elk-Antelope fields?

It also defers the day when the SWF could become substantially operable.

Before any funds go into the SWF, the government has to pay off the interest to UBS on this new Oil Search loan and, in due course, the principal too. The SWF was meant to accumulate funds first, and then invest.

We need to avoid repeating what happened with the PNG Mineral Resources Stabilisation Fund, which was pre-committed during the minerals boom years of the mid-1990s. Its economic and currency stabilisation role was substantially undermined.

At least this loan deal is significantly more transparent that the original PNG LNG deal, which was struck behind closed doors, leaving out even the Department of Treasury. Treasury has been involved this time, to some degree, as has the central bank and other government institutions. And there was a tender arrangement, which involved UBS, Barclays and others participating in that process.

One of the longest-surviving and most successful funds in the world is the 1956 Kiribati Revenue Equalization Reserve Fund, which is valued at about A$570.5 million (K1.44 billion). This has provided a future fund and stabilisation role for Kiribati over decades, as it has only started being drawn down recently.

When, and if, the SWF begins, its managers need to use the sorts of methodologies that the Norwegian Petroleum Fund (the world’s largest) has employed, in terms of selection of investments.

As with superannuation funds, there should be requirements to minimise the risk and spreading investment as widely as possible, including government securities.

Revelations this week that the PNG Ombudsman is using powers to check the probity of the Oil Search loan is not a move to stop the acquisition.

As the Chief Ombudsman has stated, they’re  not trying to intervene in economic decision-making or the government’s developmental functions, they’re just checking the legality of the process, because there are a number of laws and processes in place to ensure sound debt and fiscal management, such as the Fiscal Responsibility Act, which sets ceilings and levels on borrowings to which the government is allowed to commit itself.

Those legal questions were raised by the former Treasurer, Don Polye, when he stated that the due process, notably referral to Parliament, was not followed.

The Ombudsman should also perhaps use his powers to inquire into the seemingly over-priced contracts for pharmaceutical acquisitions, certain road tenders and the Pacific Games Village, where K100 million more than the cheapest acceptable bid seems to have been accepted.

This piece was originally posted on Business Advantage PNG and is available here.