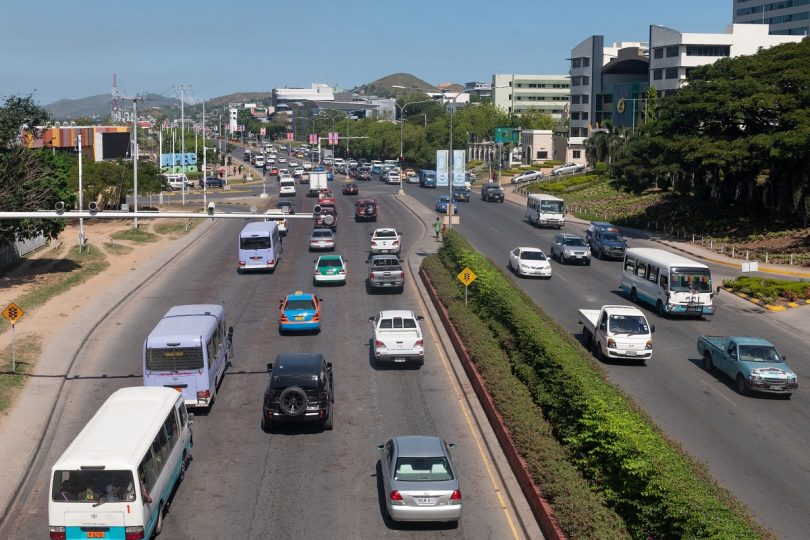 2022 was a momentous year for Papua New Guinea. It held its 10th national elections. The 2022 election has been labelled one of the worst since elections were first held in 1977, due to inadequate preparation, violence and poor organisation. The elections also made history by returning 64% of incumbent MPs to parliament. Normally only half the incumbents are returned.

The overall results were in favour of the ruling Pangu party, which won 34% of the seats – the second highest since independence. The incumbent Prime Minister James Marape was re-elected unanimously by MPs after the election.

The government projects that PNG’s economy will grow by 4.6% in 2022, and 4.0% in 2023, with a marginal rise in formal sector employment, after doing poorly in 2021 due to COVID-19. The non-resource component of PNG’s economy – covering sectors such as agriculture, fisheries, forestry and tourism – portrays a more accurate picture of the economic situation, given the enclave nature of the resources sector. After negative growth in 2020, the non-resource sector is estimated to have grown by 4.8% in 2021. Projected growth rates for 2022 and 2023 for this sector are 4.5% and 4.6%, respectively, but it remains to be seen whether this will be achieved.

The 2023 budget which was announced in November, increased government spending by more than 10%, leading to a deficit of 5.4% of GDP. The pre-election 2022 budget also saw a large increase in spending, but promised to start cutting expenditure by 2023. PNG has since benefitted from the Russia-Ukraine war, with higher petroleum prices resulting in a windfall in mining and petroleum tax revenue and an improved current account.

According to its own legislation, the government should save a significant part of the windfall in its Sovereign Wealth Fund (SWF). But in the 2023 budget, the government decided instead to “fully allocate extra resource revenues to increased investments, and further household relief, rather than a SWF or other savings options”. To add to the confusion, the government announced a token first deposit into the SWF, far below what the law requires.

Inflation – estimated at 6.6% in 2022 and 5.7% in 2023 – is hurting real incomes and may exacerbate economic hardship. The government’s relief package of K560 million (US$159 million) in the 2023 budget is welcome news for low-income earners. But apart from a subsidy for school project fees, the unemployed and the country’s majority rural population have been left out, with no indirect tax cuts on basic goods and services.

The effectiveness of the measures has also been called into question, given Prime Minister Marape’s remarks regarding the K610 million (US$173 million) relief package provided in 2022 elections that “the agencies that were supposed to implement this were slow”.

The temporary supply-side measures put in place by the government over the last few years, such as the agriculture transport subsidy, need to be transitioned quickly to concrete policies to lower the cost of production and increase productivity in the non-resource sector. Increased road spending under Marape’s flagship ‘PNG Connect’ program may help, but the electricity sector is in crisis with daily blackouts in parts of the country and law and order seems to be deteriorating.

Progress in these areas will be essential to transition from a resource-based economy and to grow other productive sectors to support and sustain the economy when mineral wealth and resources are exhausted in over a generation’s time.

Another important issue that the government will need to grapple with in 2023 is exchange rate convertibility. The central bank, in its effort to lessen the kina’s depreciation, moved from a floating to a pegged regime in 2014. It has been rationing foreign exchange ever since. This is impeding the private sector’s ability to import and grow.

This has not only affected businesses, but also the public. For example, Air Niugini recently suspended flights temporarily due to lack of aviation fuel as the supplier Puma Energy and the central bank couldn’t resolve forex issues. The treasurer acknowledged the problem in his budget speech but provided no solutions. The government needs to fix this issue in collaboration with the central bank in the new year. This would greatly benefit the non-resources sector.

The 2022 elections were the fourth in a row in which the incumbent prime minister was returned. The success of prime ministers at elections only adds to the pressure on them at other times, since a vote of no confidence has become the only way to change prime ministers in PNG. In late 2023, Marape will have his work cut out for him manoeuvring politics when the 18-month grace period in which a no-confidence vote cannot be held nears its end. PNG’s fluidity of political alliances will then come to the fore, and the inevitable jostling for a vote of no confidence will begin.

A strong economy will help Marape’s chances of survival but tough decisions like expenditure restraint or ending foreign exchange rationing will harm them. The prime minister will then face a tough decision between prioritising the national interest or his own chances of political survival.

This blog was originally published on East Asia Forum.