As the Turnbull government considers whether it really wants to follow through with the aid cuts Tony Abbott’s government had planned for next financial year, it may want to take note of recent public opinion polling – polling that suggests that most Australians no longer think Australia gives too much aid. The polls in question were three polls run by Essential Media as part of the survey experiments I blogged about two weeks ago. All of these polls were run late last year and drew upon broadly representative samples of Australians. While we commissioned questions in these polls to learn whether additional information would change Australians’ views about aid, half of the participants in each poll (the control groups) were asked a stock-standard question about whether they thought Australia gave too much aid or not, and weren’t provided the additional information associated with the experiments. In other words, the questions they were asked were very similar to those that have been asked about aid in opinion polls over the last few years. 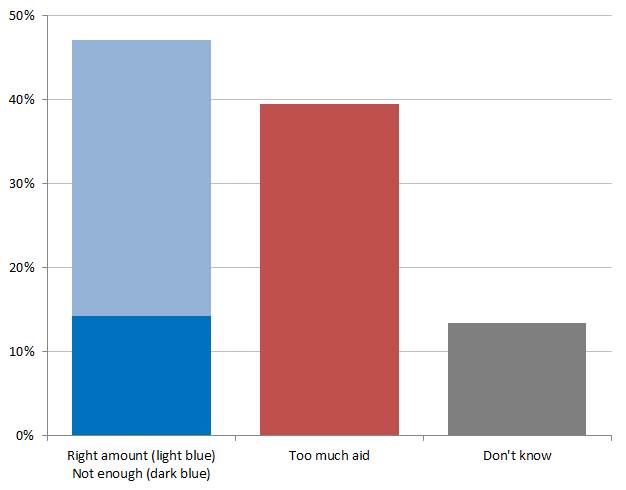 If the data emerging from the opinion polls we conducted last year are correct (and we have no reason to think they are not), Australians’ enthusiasm for aid cuts has waned. There is little reason to think Australians want aid cut again.