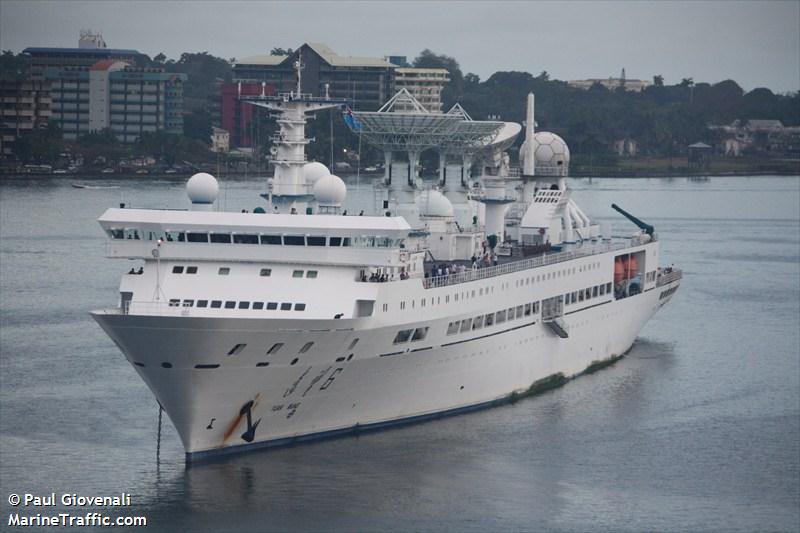 Announcements by the US Secretary of Defence that the navy will soon have 60 per cent of its fleet in the Pacific have underscored intensifying regional geopolitics. China has called the move ‘untimely’ and asked the US to respect its interests in the region too. Adding his voice, Samoa’s Prime Minister said that China was a better friend to many Pacific states than the US.

Even North Korea is courting the Pacific, following a visit by diplomats to Fiji last week. In the same week the Fiji military government reinforced its relationship with Georgia.

PiPP provides an overview of the growing geopolitical struggle with its latest discussion paper, injecting an otherwise absent Pacific island perspective for regional powers to consider. With a focus on the idea of neutrality for island states, PiPP also tackles big geopolitical themes when it hosts its annual Pacific Debate this week in Port Vila.

Pacific Ocean a stage for peering into space

While the superpowers contest the region on land and sea, it seems space may be the next frontier. In the same week that Tahiti offered the best vantage for viewing the transit of Venus, China deployed its space-tracking ship to Fiji to monitor an upcoming space mission.

At the same time the US announced intentions to send a telescope into space from its Kwajalein missile base in the Republic of the Marshall Islands, to peer into black holes.

In late May, the first commercial space rocket launched by private space transport company, Space X, had its capsule splashdown in the Pacific. Space X, has been launching rockets from the Marshall Islands since 2006.

Another private space company, Sea Launch, is examining what may have gone wrong during the 1 June launch of the Intelsat 19 communications satellite from its ocean-based platform in the Pacific Ocean.

Mixed views on mining in the Pacific

Canadian mining company Nautilus Minerals Inc. has encountered further setbacks to its plans for experimental deep-sea mining in Papua New Guinea. The dispute with the PNG government was met with much applause on social media sites, with growing calls for the project to be scrapped.

Around the region, news relating to extractive industry activity has been mixed.  In Solomon Islands, there is increased interest in developing the mining sector, and in Fiji it has been revealed that bauxite mining has contributed US$20 million to the economy.

In PNG, the Ok Tedi mine posted a K12 billion profit for 2011, and in the same week Sir Mekere Marauta [pdf] spoke on the need to make good use of revenues derived from mining, with particular focus on supporting national infrastructure.

Meanwhile, there have been some concerns voiced about the impact of the LNG project on the Huli people of Hela province.

Next week Pacific leaders will converge in Rio de Janeiro for the United Nations Conference on Sustainable Development (commonly known as Rio+20, as the meeting marks the 20th anniversary of the 1992 UN Conference on Environment and Development). Key issues for the Pacific will include ocean management and disaster relief and resilience.

The original Rio meeting 20 years ago was significant for the fact that it was the first time the small island developing states (SIDS) were recognised as a distinct group with particular vulnerabilities. It is anticipated that the SIDS will again come together to push for global commitments on sustainable development and highlighting the vulnerabilities [pdf] of island countries in relation to climate change.

Months of preparatory negotiations and diplomatic tussling resulted in the initial 19 page draft outcomes document ballooning to over 100 pages.

This week Vanuatu is hosting over 400 delegates for the 37th African, Caribbean, Pacific and European Union (ACP-EU) Council of Ministers meeting.

The ACP-EU partnership focuses on trade with and development funding from Europe. However, the relevance of the partnership framework has been tested with stalled progress on the Economic Partnership Agreements and the financial and political crisis that grips Europe.

Further concerns have been expressed about the uncompetitive subsidies provided to European farmers and the expansion of European fishing.

In addition to negotiating these issues with the Europeans, the meeting also provides an opportunity for the 79 ACP members to finalise a group position ahead of the Rio 20+ conference.

Pacific parliamentarians met in New Zealand on 11 June to discuss adolescent sexual and reproductive health. The NZ Parliamentarians Group on Population and Development in collaboration with Family Planning International and the United Nations Population Fund hosted the meeting.

Population policy is looming as major issue in a region where over half of the people are under the age of 24 and teenage pregnancy rates are amongst the highest in the world.

While most countries in the region are dealing with a youth bulge, Fiji is also planning for the growth of its elderly population.