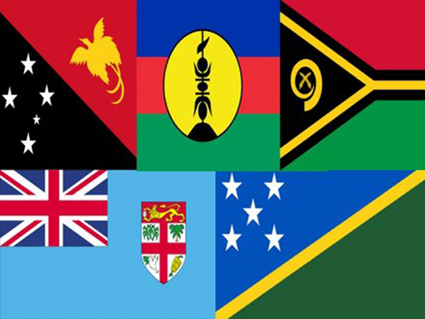 Members will discuss a wide range of issues including nuclear transshipments, a Melanesian free trade agreement, and support for the independence push by the FLNKS. West Papua’s bid to receive full membership in the group, as part of its ongoing struggle for independence from Indonesia, is also high on the agenda. While Australian foreign minister Bob Carr has argued that anyone lending credence to West Papua’s goal for independence would be taking part in a ‘cruel deceit’, human rights lawyer, Jennifer Robinson suggests otherwise. Recent reports suggest that an MSG decision on granting membership will be deferred until a mission has been sent to Jakarta and Jayapura later this year.

West Papua’s hopes for inclusion in the MSG initially took a blow given the timing of a high-powered PNG delegation to Indonesia said to be focusing on border control issues, trade and extradition agreements. The PNG–Indonesia meeting will mean that PNG Prime Minister Peter O’Neill will not be attending the MSG summit. An Indonesian contingent with Melanesian lobbyists among its ranks is expected to attend the MSG.

This summit will also mark the end of Voreqe Bainimarama’s MSG chairmanship. He will hand over the position to Victor Tutogoro of the FLNKS for the next two-year term.

The Secretariat of the Pacific Community’s Applied Geoscience and Technology Division (SOPAC) held a workshop in Vanuatu on potential social impacts of deep-sea mineral (DSM) mining. One of SOPAC’s pronounced goals is to assist with improving the regulatory framework [pdf] of deep-sea mining in a coordinated way within the Pacific region. Arguments have also been put forward to approach the management of DSM resources in a similar fashion to the Pacific fisheries-related Parties to the Nauru Agreement (PNA).

In the introductory session, Vanuatu’s land minister, Ralph Regenvanu, revealed his own surprise in discovering that Vanuatu had issued 145 DSM exploration licences over the last five years and suggested that wide public consultation would need to take place before further DSM activities could take place. Canadian mining company, Nautilus insists that it followed due process as required by Vanuatu in respect of its own exploration licence applications. Regenvanu’s revelations came amid calls for greater transparency on DSM activities from Vanuatu’s national council of women and the country’s Christian Council of Churches.

Meanwhile, Nautilus has revealed that it completed a CAD40 million rights offering with proceeds set to be used to continue funding contracts for seafloor production tools. The company continues to work on settling litigation issues with Papua New Guinea and the Solwara 1 project.

After nearly a month of parliamentary deadlock and constitutional crisis, the Republic of Nauru has had to go back to the polls to elect 19 representatives to form the nation’s 21st parliament. Among those freshly elected is the country’s second female MP since independence, Charmaine Scotty. They were sworn in on 10 June. New president, Baron Waqa, was elected with the backing of 13 MPs before he proceeded to announce a six-member cabinet.

Nirmal Singh, a spokesman for Fiji’s new People’s Democratic Party (PDP) has stated that the PDP would not join other registered parties as a member of the United Front for a Democratic Fiji (UFDF), citing a desire to move away from past, failed parties and leaders. Fiji Labour Party (FLP) leader, Mahendra Chaudhry, criticised the PDP for creating disunity as the FLP and the UFDF try to move Fiji toward a ‘genuine democracy’. The UFDF has again called on the interim government to disclose salaries. Attorney general Sayed Aiyaz Khaiyum said earlier that incomes would be revealed in July.

Meanwhile Fiji’s foreign minister, Ratu Inoke Kubuabola, has suggested in an interview with Russian media that Fiji has little interest in whether or not it can rejoin the Commonwealth. He said Fiji places more importance on the Non-aligned Movement. Fiji’s non-membership in the commonwealth also came into focus in a recent investigative piece in the UK where undercover reporters offered British MPs money to lobby for Fiji’s readmission into the Commonwealth. The BBC has refused to apologise to Fiji, which complained about the action.

Solomon Islands MPs in hot water over non-disclosure of assets

Well over twenty Solomon Islands members of parliament could be in hot water for non-disclosure of their financial assets to the Leadership Code Commission. Commission chairman Emmanuel Kouhota stated that the MPs, whose names have been withheld, could be fined US $700 if they are found guilty. They have been given 60 days to respond in writing to the charges. Among those charged are 15 senior public servants.

US to enhance regional presence

American troops’ presence in Australia will increase five-fold next year, with 1,100 US Marines to rotate through Darwin. Such an increase is set to help Australia develop its ‘amphibious capabilities’, while enhancing the US military position in the region.  A new US Government report (pdf) states the US Department of Defense (DOD) will need considerable time, which is likely to extend beyond 2018, to complete an integrated master plan to unlock the proposed Guam military build up. DOD also estimates it would cost approximately USD 12.1 billion to implement its realignment plan initiatives in the Pacific, not including the Australia segment. 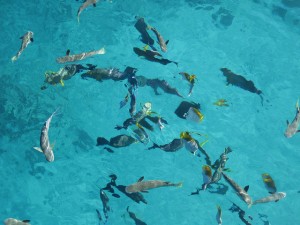 Pacific island parties have reached agreement with the US for an interim deal, which will see the US pay $94 million for 12,450 fishing days (equivalent to $7,590 per day). The payment is much larger than previous agreements, where the US paid approximately $21 million per year. The interim agreement will last for 18 months, allowing for continued negotiations between Pacific island parties and the US, which have been unable to reach a final agreement.

The biggest fish processing plant in the region has opened in Lae, PNG with Prime Minister Peter O’Neill suggesting that the Thai-owned plant could create close to 7000 jobs. Meanwhile, South Korean firm, Dongwon Industries has outlined a USD34 million plan to invest in a tuna cannery and factory in Doma in Solomon Islands. In Vanuatu, communities in Santo have expressed both surprise and concern over plans to establish a fish processing plant within the town limits of Luganville.

Vanuatu is also experiencing challenges in relation to a ‘yellow card’ it received from the European Union for the failure of some vessels to comply with international fishing legal obligations. Meanwhile, the Marshall Islands imposed a USD 120,000 fine on a Chinese long-line fishing boat found to be in violation of fishing boundaries and to have a number of shark fins and skins on board.

The Tongan Government has delivered its largest ever budget, with spending of T$357.6 million equivalent to a 5 percent increase on last year’s budget. More than half of total spending is being funded by development partners, with T$35.7 million provided in the form of budget support, T$50.3 million in cash for development projects, and T$108.5 million as in-kind assistance. The budget is being released at a time of continued economic stagnation. The economy is forecast to grow just 0.5 percent, given a sustained fall in remittances of 50 percent. However the debt situation has improved: the government announced that the IMF and World Bank Debt Sustainability Assessment has downgraded Tonga from “high risk” to “moderate risk”. This comes at a time when Tonga begins to repay the principal of an estimated T$120 million loan from China for reconstruction of Nuku’alofa.

Ups and downs in PNG mining

A $6 million asset writedown by Newcrest Mining has Papua New Guinea’s government worried. Prime Minister Peter O’Neill is set to meet with officials from the company later in the week. The writedowns focus mainly on the company’s gold operations in the Hidden Valley. O’Neill has not ruled out offering assistance to the beleaguered goldmine to limit damage to the country’s economy.

More Global Fund money is being allocated to fight HIV/AIDs and STIs in eleven Pacific countries.

Widespread concerns have been expressed on the future of the Samoan tourism industry. The PNG Lamana Group however, plans to a build five-star resort there.

Vanuatu will pass new laws to introduce a Temporary Special Measure (TSM) of a 16-year quota of 30-34% of seats to be allocated to women in all municipal councils.

Palau continues to lobby the US Congress on their Free Association Compact, which has taken some time to approve.

The delay in appointing a new PNG chief Ombudsman has been questioned.

Australia is helping drought-stricken Marshall Islands, which is facing an acute shortage of food and water.

There are genuine concerns over the impact of an impending CNMI retirement fund collapse.