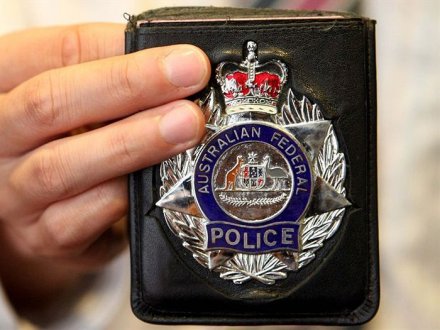 We offer our condolences to the people of Cook Islands on the passing of former Prime Minister, Sir Geoffrey Henry.

A diplomatic stand off continues after the Vanuatu Government expelled the Australian Federal Police on 10 May in retaliation for embarrassment caused to Prime Minister Sato Kilman whilst transiting through Sydney airport last month. Where the Vanuatu Government views the matter as an infringement of national sovereignty, Australian Foreign Minister Bob Carr described it as a law enforcement incident and urged a rethink in the context of the value of Australian aid to Vanuatu.

News of the expulsion order broke publically on social media sites, sparking a frenzy of comments with views mostly expressing strong nationalistic sentiment, concerns over the calibre of political advisors, and perceptions of an imbalance in the relationship with Australia.

Vanuatu moved quickly to strengthen ties with Indonesia, resulting in the arrival of Indonesian military equipment in Port Vila on 15 May as part of a deal that will provide police and paramilitary training to Vanuatu, and leading to protests from West Papuan supporters.

Australia defers aid target, but promises large increase in aid to the Pacific

The Australian government’s target for increasing aid as a percentage of the national economy has been pushed back, but the 2012-13 budget [PDF] sees aid to the Pacific region increasing modestly to $1.17 billion in, up from $1.16 billion in 2011-12.

In most cases, the changes at the country level are slight: Aid flows to Solomon Islands will decrease by $23 million, mostly due to the scale down of RAMSI, and there will be a small decrease in assistance to PNG. Samoa, Vanuatu, Nauru, Kiribati and Tuvalu are set to receive small increases, with the Fiji programme expanding to $55.6 million, up from $37.5 million in 2011-12.

If the government does follow through with its scale-up, there are large increases in store for the Pacific. For the first time, AusAID released regional aid projections for the forward estimates period. Aid to Pacific and PNG is projected to expand to about $1.6 billion by 2015-16, an increase of about $400 million.

The Solomon Islands cabinet has endorsed the country’s first debt management strategy. The strategy is premised on directing borrowing to high value projects that can return revenue and social benefits. Assessment of borrowing proposals will become a part of the annual budget process that will include a cap on borrowing across government.

Meanwhile, the World Bank has provided Solomon Islands with a US$2 million grant to boost the economy and improve service delivery. The funding will also be used to support efforts to provide clearer information about mining revenues, in line with the Extractive Industries Transparency Initiative.

The latest from Fiji

The issue of engagement with Fiji continues to be a live topic as the process of preparing for elections is continuing. The Constitutional Commission has been established and tasked with undertaking widespread consultation prior to presenting a draft constitution in January 2013. Elsewhere, the interim government has confirmed that members of the military will have to resign in order to contest the elections.

Recent economic news from Fiji is mixed, with the Reserve Bank of Fiji reporting that investment is subdued in all sectors other than tourism and resources.

The latest from Papua New Guinea

Speaker of Parliament, Jeffrey Nape, has yet to be served with an arrest warrant that was issued in January, as investigations continue into allegations of financial misappropriation.

An announcement that Sir Michael Somare will retire from politics has not quelled speculation that he will contest the election. Another former prime minister and current minister for public enterprises, Sir Mekere Morauta, has confirmed that he will not stand for another term. In this interview he offers some interesting insights into managing the mineral boom.

Online commentators and bloggers have expressed outrage at police treatment of the opposition leader, Dame Carol Kidu, who was caught up in tensions surrounding the eviction of more than 2,000 people and demolition of houses in Port Moresby’s Paga Hill urban settlement.

Events in PNG continued to attract attention in Australia as the 28th bilateral business forum took place in Brisbane. The forum unsheathed renewed concerns about Australia’s visa process, as both the government and opposition stress the importance of the relationship between the two countries.

New telecommunications and internet roll outs across the region

The pace of information and communications technology (ICT) development is picking up across the Pacific. Tonga has just signed a contract for a submarine cable, Guam is set to roll out a new 4G mobile network, and Marshall Islands, backed by the World Bank, is taking serious steps toward a liberalised telecoms market. A day-long ICT showcase is taking place in Vanuatu on 18 May, emphasising the importance of ICT for development.