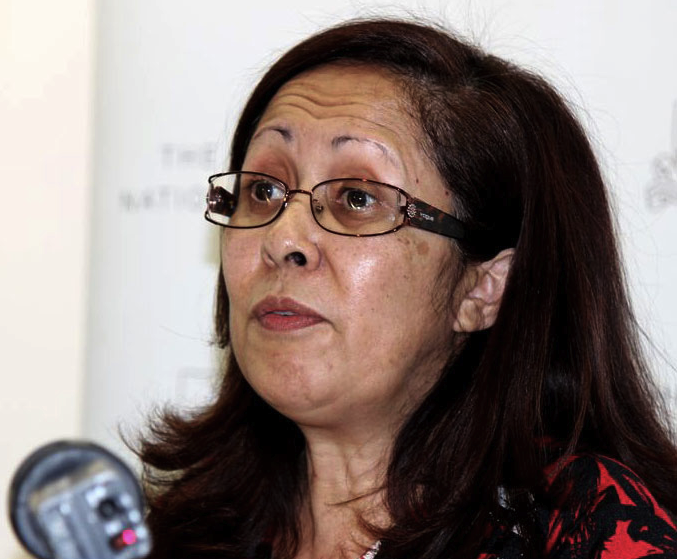 Timor-Leste, the g7+ and the New Deal for fragile states

On November 22nd Timor-Leste’s Finance Minister Emilia Pires delivered the first Harold Mitchell Development Policy Annual Lecture Series. Minister Pires spoke of her five years of experience as Finance Minister in Timor-Leste where ‘the key to our progress was acting, and acting fast’ and how, through the founding of the g7+ in 2010 (which now has 18 members) fragile states could come together to share their successes and failures and form a voice to ‘end the monologue spoken at us and promote a dialogue spoken with us.’ This dialogue takes the form of the ‘New Deal’, which ‘is our call to the rest of the world for a new type of engagement… a change in doing business, a change in procedures and a change in mindset.’ Minister Pires ended her presentation saying ‘nothing about us, without us.’

PM Peter O’Neill met recently with President Susilo Banbang Yudhoyono of Indonesia in Bali and subsequently dismissed reports of a build up of Indonesian military presence on the West Papua border. The two leaders discussed joint projects in the border areas with a focus on the oil, gas and electricity sectors. Meanwhile, the three female MPs in the PNG parliament indicated that they do not intend to support the passage of a bill that would reserve 22 seats in the 111-member legislature for women. Former MP Dame Carol Kidu commented that whilst it was something of a breakthrough that three women were elected there was still a lot of work to be done in relation to participation of women in politics and decision-making.

PNG PM Peter O’Neill hosted a special meeting of Pacific leaders that resulted in Fiji being accepted back into the Pacific ACP (African, Caribbean, Pacific) fold. Fiji has not participated in PACP activities since its suspension from the Pacific Islands Forum in 2009. A new PACP secretariat is to be established in Port Moresby, sidelining the role of the Pacific Islands Forum Secretariat in PACP affairs. A Melanesian stamp was placed firmly on this initiative with the prime minister of Solomon Islands offering to provide a deputy director general for the secretariat.

There is a new government elect in Palau where former president Tommy Remengesau Jr. and Antonio Bells have been declared as president and vice president respectively, while in Vanuatu Sato Kilman has been returned as prime minister heading a coalition of nine political parties. The Kilman government was formed amidst calls for electoral reform. Meanwhile, the newly elected governor of American Samoa, Togiola Tulafono, has also called for electoral reforms, suggesting a system of primary elections. In PNG the registrar of political parties, Dr. Alphonse Gelu, is taking action against MPs who failed to submit their 2012 election expenses.

Nauru foreign minister, Doctor Kieren Keke, responded to a damning Amnesty International report on conditions at the asylum seeker detention centre, indicating construction will soon commence on improved facilities. Meanwhile, the first batch of 19 refugees (including four children) have arrived on Manus island in PNG. Manus residents have expressed concerns over the lack of consultation on the detention centre arrangements, and the  Manus Governor Charlie Benjamin has also shared his dissatisfaction. Riot police were sent from Port Moresby as disgruntled Manus landowners blockaded the Manus airport and threatened to cut power should they not receive compensation for the establishment of the detention facility.

The PNG budget was brought down on November 20. One key feature was a massive increase in government spending by almost 25 per cent from K10.6 billion in 2012 to K13 billion in 2013. This is funded by an increase in the deficit from 1.2 per cent of GDP in 2012 to 7.2 per cent of GDP in 2013. After 2013, only small increases in expenditure are budgeted for (about 5 per cent), resulting in the deficit falling again. The trend of an ever-increasing share of the development budget in PNG (criticised here) continues, with the development budget increasing its share of total spending from 35 per cent in 2011 to 42 per cent in 2012 to 44 per cent in 2013 and up to 47 per cent by 2017. Spending on the recurrent budget (critical for education, health, law and order and road maintenance) will be slightly lower in real terms in 2017 than in 2011 (5 per cent less), whereas the development budget will be 60 per cent higher, even after inflation.

The Fiji government last week released a FJD 2.3 billion budget for 2013, representing a twelve per cent increase in expenditure on last year. The budget will increase the fiscal deficit to 2.8 percent of GDP, and has raised concern among some observers about government debt levels, which currently stand at 50.5 per cent of GDP. A number of measures are directed towards low income earners, such as raising of the tax free threshold, lowering income tax rates, increasing wages of non-established civil servants, creating special economic zones in certain rural areas, and establishing state pensions for elderly Fijians with no savings. It is the development budget, however, which has increased most. And the single biggest announcement is a FJD 422 million allocation to the newly established Road Authority for road maintenance and investment. This increase in capital expenditure is part of a government effort to increase development spending, which has risen from approximately nine per cent of total government expenditure in 2007 to almost 30 per cent in next year’s budget.

Interim PM Bainimarama has defended the Essential Industries Decree as a component of economic reform stressing that it creates a ‘rational approach’ to labour relations. This occurred in the same week that the International Labour Organisation (ILO) identified Fiji as one of the five worst countries out of a total of 32 surveyed with respect to workers’ rights. Nonetheless, the interim government has invited the ILO’s Direct Contact Mission to return.

Meanwhile, the newly established Fiji Roads Authority has announced that over 1,000 jobs will be shed and contracts for road upgrading will be outsourced, most likely to overseas companies. Airport workers have fared somewhat better, having received their first pay rise in more than ten years.

The size of the Chinese tuna fishing fleet in the Pacific has reportedly doubled over the past two years. The subsidies provided to the Chinese fleet makes it difficult for Pacific island countries to compete and may also result in overfishing. Operation Kurukuru 2012, a regional maritime surveillance operation, failed to find any illegal fishing activities in Solomon Islands. A detailed assessment by the European Commission resulted in preliminary warnings to Fiji and Vanuatu over illegal fishing and could lead to trade sanctions if the two countries do not take steps to tackle illegal fishing. In response to the blacklisting threat, the Fiji Tuna Boat Owners Association has said the EC report is not an accurate reflection of facts.

Free movement of people and goods in Melanesia

PNG recently agreed to drop tariffs on almost all protected goods (except mackerel, salt and sugar) as the MSG Free Trade Agreement comes into effect between Fiji, PNG and Vanuatu next year (the Solomon Islands has been given till 2017 to liberalise goods). This comes on top of a labour agreement allowing the movement of skilled people between MSG countries.

Also, this week, PNG is exploring trade and investment opportunities in India as the PACER Plus negotiations continue in Samoa.

The annual meeting of the Pacific’s Tuna Commission meets in Manila next week.

The pension fund of Marshall Islands could be bankrupt by 2020.

France takes a neutral position on New Caledonia independence, while French Polynesia’s Oscar Temaru has not ruled out boycotting next year’s territorial elections.