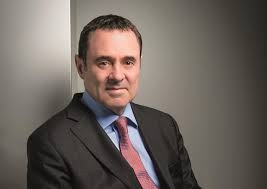 Dr David Reddy is CEO of Medicines for Malaria Venture (MMV), a product development partnership that works with both the public and private sectors to facilitate the discovery, development and delivery of new antimalarial drugs. Before his public lecture held at the Crawford School (presentation available here), Dr Reddy sat down with Camilla Burkot to talk about MMV’s role in tackling malaria. You can listen to the podcast here and read the full transcript here. For a summary of their discussion, read on.

MMV is one of the few recipients of Australian aid that weathered a stormy year for the aid budget. In the interest of aid effectiveness, I began by asking Dr Reddy how MMV ensures that donor funds are invested effectively:

We have a strategy of syndicated investment, so we receive donor funds from governments, including the Australian government, the Bill and Melinda Gates Foundation, the Wellcome Trust and others. We use that funding to assemble a drug pipeline – a portfolio of compounds – and we work strategically with groups like the WHO to define the key medical gaps and the types of drugs we need. A great example is drugs that are active against drug-resistant forms of malaria.

We also have an independent expert scientific advisory board that looks at drugs at particular milestones in their development, compares them, and determines which is the strongest and should progress. In that way, by managing a large portfolio of drugs, we’re able to weed out those that don’t make the mark, and focus all of the investment on the ones that will really be transformative.

On the topic of antimalarial drug resistance, Dr Reddy noted that while artemisinin drug resistance has been a focus of attention for several years, a more serious, emerging problem is that of multi-drug resistant parasites:

This is a real issue, because both the artemisinin class of drugs and the partner drugs that go with them are now failing – in other words, they are taking longer and longer to cure. The way this is being tackled at the moment is to combine more drugs, and to treat patients for much longer.

But ultimately what we need are drugs that attack the parasite in a totally different way to artemisinin. Those are the drugs that we’re bringing through the MMV pipeline today.

Of course, drugs are only one tool in the antimalarial arsenal, and MMV is just one organisation amongst many fighting malaria. I asked Dr Reddy to describe where MMV fits into the push towards malaria elimination:

To achieve elimination, it’s not just going to be a drug-based approach. We need drugs, but we also need vector control, that is, strategies that reduce the population of malaria-infected mosquitoes.

That said, MMV’s role within malaria elimination is a focus on drugs. We are currently managing 60% of the global portfolio of antimalarial drugs, and that portfolio is the richest it’s been at any point in history. But the key issue we face is that we can’t develop single compounds anymore. We need to mix these into combination regimens, so that the next generation of medicines we bring through will not only beat the resistant parasites, but also increase the hurdle so the parasites can’t develop resistance to the new drugs.

So that’s what MMV is doing, in combination with partners: 130 active partners currently in 47 countries around the world, including 28 pharmaceutical companies, 13 biotech companies, and numerous academic and research institutes.

Given this diversity of partners with varying interests, I was keen to know more about how MMV approaches intellectual property (IP), which has long been a vexed issue in global health. Dr Reddy explained that MMV sees IP in several ways – among them, how IP actually has the potential to enhance access to high quality antimalarial drugs:

For example, if somebody was producing a sub-standard version of your drug, IP may be a way to get them out of the market, by going back to that country of origin and prosecuting. We would only ever consider doing that if it was a drug of sub-standard quality.

At the end of the day, MMV’s role is to facilitate access, not stand in the way of it. We see IP as a critical tool to help us do that.

It’s hard to avoid the topic of innovation in any development-related discussion these days, so I couldn’t resist asking Dr Reddy for his impression of the factors that contribute to MMV’s ability to innovate successfully. In addition to a strong guiding mission, Dr Reddy highlighted the role of partnerships:

… I think we’re also very opportunistic. What we look at is impact. Innovation comes in many forms. It can be ways of partnering, for example, with Newcrest Mining on some of their initiatives in Lihir Island [in PNG], which is now leading to a joint malaria-elimination program.

Or it can be the fact that we will work with whoever is the best in the field – academic institutes, pharmaceutical companies – to bring forward the products that are needed. In that light, I think it’s really important to spell out that half of the most promising compounds in the portfolio today come from academia, not industry.

So one of the key things we do is we look for where the expertise, the talent, and the breakthroughs lie. We don’t necessarily go back to the same well all the time to drink.

Further to partnerships, I asked Dr Reddy to elaborate on MMV’s contributions towards building research capacity in the Global South:

To do clinical trials, we need to go to malaria-endemic countries in Southeast Asia, Africa; we’re also working in the Amazon. So we work with local investigators, institutes, and hospitals on the ground.

But we need to ensure that the clinical studies are done robustly and to a standard such that the data can be accepted by the TGA here in Australia and the US FDA.

So we supply and facilitate training and support, and ensure that the infrastructure and the capabilities are in place before we begin our studies… Once these facilities have been built up, we’ve seen that they’ve been followed by vaccine trials with other groups and trials in other disease areas. So it becomes a resource that can be used more widely in the global health field.

Finally, I asked Dr Reddy which of MMV’s accomplishments he is most proud of since becoming CEO in 2011. At top of his list was being able to see the fruits of MMV’s labours:

When you go into the field and you see the life-enhancing impact of the drugs you’re developing, particularly on young children, that inspires everyone within MMV.

In terms of technical accomplishments, Dr Reddy cited the development of Tafenoquine, a single dose treatment for relapsing (vivax) malaria (the dominant parasite in the Asia-Pacific region), in partnership with GlaxoSmithKline and with support from the Australian aid program. He also described the human challenge model, developed in collaboration with the Queensland Institute of Medical Research, whereby healthy human volunteers are injected with malaria parasites:

The parasites then multiply in their bodies, but they’re never allowed to reach a level that would cause illness. But we’re able to give the volunteers some of our research drugs and actually see how the drugs work under carefully controlled conditions, which allows us to determine whether those drugs are active against the parasite in humans, and roughly what the dosage would need to be.

The study participants then receive a fully curative drug, so they leave with no malaria parasites in their body. But what we leave with is information that can accelerate our drug development timelines by two years. For us, this is completely transformative. It lowers cost and accelerates the development of new drugs, and drugs that can be active against resistant parasites.

I remarked that shaving two years off is an impressive feat, considering it typically takes at least 10 to 15 years to produce a new drug:

It does. But the key thing here is you’re not putting investment into drugs that aren’t going to work, and you don’t have to wait until you’re in patients to find that out. We know a lot earlier.

Dr David Reddy is CEO of Medicines for Malaria Venture (MMV). Camilla Burkot is a Research Officer at the Development Policy Centre.