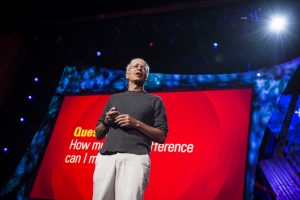 Australian philosopher Peter Singer has been listed among the world’s most influential people, and his writing on tough questions of morality has inspired both controversy and praise.

One of the many lasting legacies of Singer’s thinking will be the effective altruism movement that has emerged in recent years, perhaps best summed up by the organisation Giving What We Can’s slogan: “Give more; give more effectively.”

The movement’s principles are based upon some of Singer’s early writings and his more recent books, which argue the moral case for the comfortable to donate to those who are suffering, regardless of where in the world they live.

Stephen Howes interviewed Peter Singer on the sidelines of the 2016 Australian Effective Altruism Conference earlier this year, where they were both speakers.

For the fourth in our series of Aid Profiles, they discussed the growth of the effective altruism movement, Singer’s contribution to it and the foundations of his moral arguments on helping the global poor.