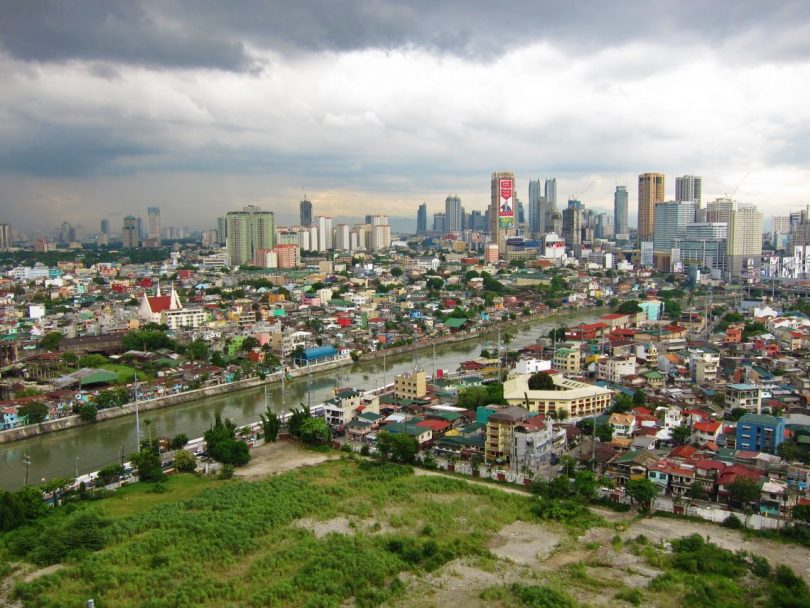 A lockdown was ordered from 15 March for the entire metro Manila (Credit: GreenArcher04/Flickr CC BY-NC 2.0)

Over the past couple of weeks, development actors across the spectrum are examining how their programs can be redirected to the global battle against COVID-19. It is early days, as the situation evolves rapidly and unpredictably. But the needs are enormous.

While much of the world’s current focus is on the rapid spread in Italy, Spain and the US, it is clear that the potential impact on the world’s poor – the majority of whom live in Asia – will be devastating. A vast range of political systems and state capabilities exist across the region. As we are seeing elsewhere in the world, countries with weak and autocratic states are not well placed to respond.

In the Philippines, for example, the situation has declined quickly over the past two weeks – from negligible numbers of cases and very little testing to a sudden surge. Local transmission of COVID-19 was estimated to have started on 7 March, according to the World Health Organization. Since then hundreds have been infected and many have died. Like other countries that are seeing a high proportion of deaths comparative to the number of diagnosed cases, the low number of tests in the Philippines (only 2,147 according to the Philippines government tracker at the time of writing, in a country of 105 million people) suggests the number of actual cases is much, much higher.

The potential impact on the country will be dramatic. The impact of COVID-19 will undoubtedly be felt most by those who have the least. Around 3.3 million people in the Philippines live in extreme poverty, and millions more live on less than US$5 per day. The country is already off track to meet SDG1. In countries like the Philippines and Indonesia, in Southeast Asia, or India and Bangladesh, in South Asia, where millions of people live in densely populated, impoverished settlements in peri-urban areas where access to running water is poor at best, measures like social distancing and frequent handwashing are not practical or possible. These settlements have the potential to be a “perfect storm” – as the Straits Times suggested last week – of COVID-19 chaos across Asia. In the Philippines, what little income many of these residents have had up to now is already under threat by the economic slowdown and Manila’s “enhanced community quarantine” that has turned the city into a ghost town.

The potential dangers are well understood by many Asian governments, some of which have put in place what appear to be effective measures in this phase of the pandemic. Some are further behind. While development aid constitutes a drop in the ocean of the government budget in most large Asian countries, where policies can be influenced, those budgets might be leveraged to save far more lives. The need to pivot, and to refocus existing programs quickly, is urgent and immense. If ever there was a time for “adaptive programming” it is now.

Last week, partners in the Australian-funded Coalitions for Change (CfC) program in the Philippines put their efforts into repurposing existing assets to address the new reality. These are a few things that they’ve learnt already, that we hope may be instructive for other development partners over the coming weeks.

1. Move fast to redirect where it makes sense

CfC collaborates with Action for Economic Reforms (AER) – a local civil society organisation comprised of scholars and activists who have been working on progressive policy reforms in the Philippines for over 20 years. Based in Quezon City, AER conducts policy analysis and advocacy.

Responding quickly to the crisis, AER has redirected all its workstreams to address the crisis. Its monitoring work will now be directed towards tracking case infection demographics and the effectiveness of community mitigation policies. Its local government and community engagement activities will be redirected towards supporting local government units cope with the crisis by consolidating relevant policies as they are established and helping them develop strategies to implement guidelines for existing and proposed mitigation strategies. A stream on medical countermeasures and scientific infrastructure preparedness will coordinate with the Departments of Health, Finance, and Science and Technology on health system capacity and provide informed recommendations for addressing shortfalls. AER is well-placed to reframe and to do so in a meaningful way.

While the scale of the COVID-19 challenges require national and local governments to move fast and respond, a whole-of-community response is also needed. Civil society organisations, particularly those involved in policy influence and local service delivery, are an important part of that response. Those working with the most vulnerable should be prioritised.

With CfC support, AER leads a policy-oriented coalition that has a strong health focus. Members include primary healthcare leaders, former members of the government’s health care insurance program, Department of Finance senior leadership, university leaders, staff from the Food and Drug Administration, tax advocates and civil society leaders, among others. Over the past two decades, many of these members have been working together to support increases in tobacco and alcohol taxes to strengthen government revenue.

Almost immediately, AER recognised the potential of this network of health specialists and policymakers and refocused it with the agreement of its members. Last week it became the “Stop COVID coalition” and is a new platform for government-civil society-private sector information and advocacy to address the spread of COVID-19. The network is sharing information and networks and in doing so, is increasing the breadth of each individual organisation’s impact.

The potential of the network to share accurate information and limit the spread of disinformation is significant. By last week, issues concerning which kinds of face masks could or couldn’t be used by health workers in the front lines were addressed quickly and efficiently through the network. Food and Drug Administration members were able to quickly improve on an existing policy that was limiting face mask use and broadcast that information widely to those who needed it.

3. Find practical ways to be flexible

There are many reasons that AER, under the CfC program, has been able to shift gears so quickly when so much of the development programming architecture, and the culture around it, mitigates against flexibility and agility. Before CfC, The Asia Foundation collaborated with AER for many years as a grantee. The subjective relationship between grantor and grantee is substantively different than contractor and contracted. Arguably, contracts enable a high degree of certainty in the delivery of specified outputs, particularly those that can be envisaged as still important, relevant and needed a relatively long way off in the future. They speak best to situations in which highly technical inputs are required and the deliverables are relatively tangible.

In our experience, grants are a different beast. They don’t suffer from quite the same principal-agent problem as do contracts. They allow for a much higher degree of autonomy and ownership of the program strategy, design and outcomes. In this situation, the grant mechanism has allowed CfC and AER to pivot together and to do so rapidly in a way that looks to be very positive.

Agreement and contracting mechanisms are important at the current time. If it doesn’t work, flag it to relevant decision-makers and move forward, looking for better ways to respond.

As the Filipino health system begins to groan under the strain of the growing health crisis and current measures such as the “community quarantine” approach seem not to be working, whatever we can do to shift our energy and help our partners might just make a difference.

Some early thoughts from us. We’d be keen to learn from what others are doing.

Sam Chittick has been Country Representative, Philippines, for The Asia Foundation since 2017. Over the last 20 years he has worked within and alongside a range of development organisations, including the World Bank, Australian Aid, the United Nations, GIZ, and non-government organizations in 14 countries across Asia and Africa.

Jaime Faustino is a Strategic Advisor for Coalitions for Change (CfC).