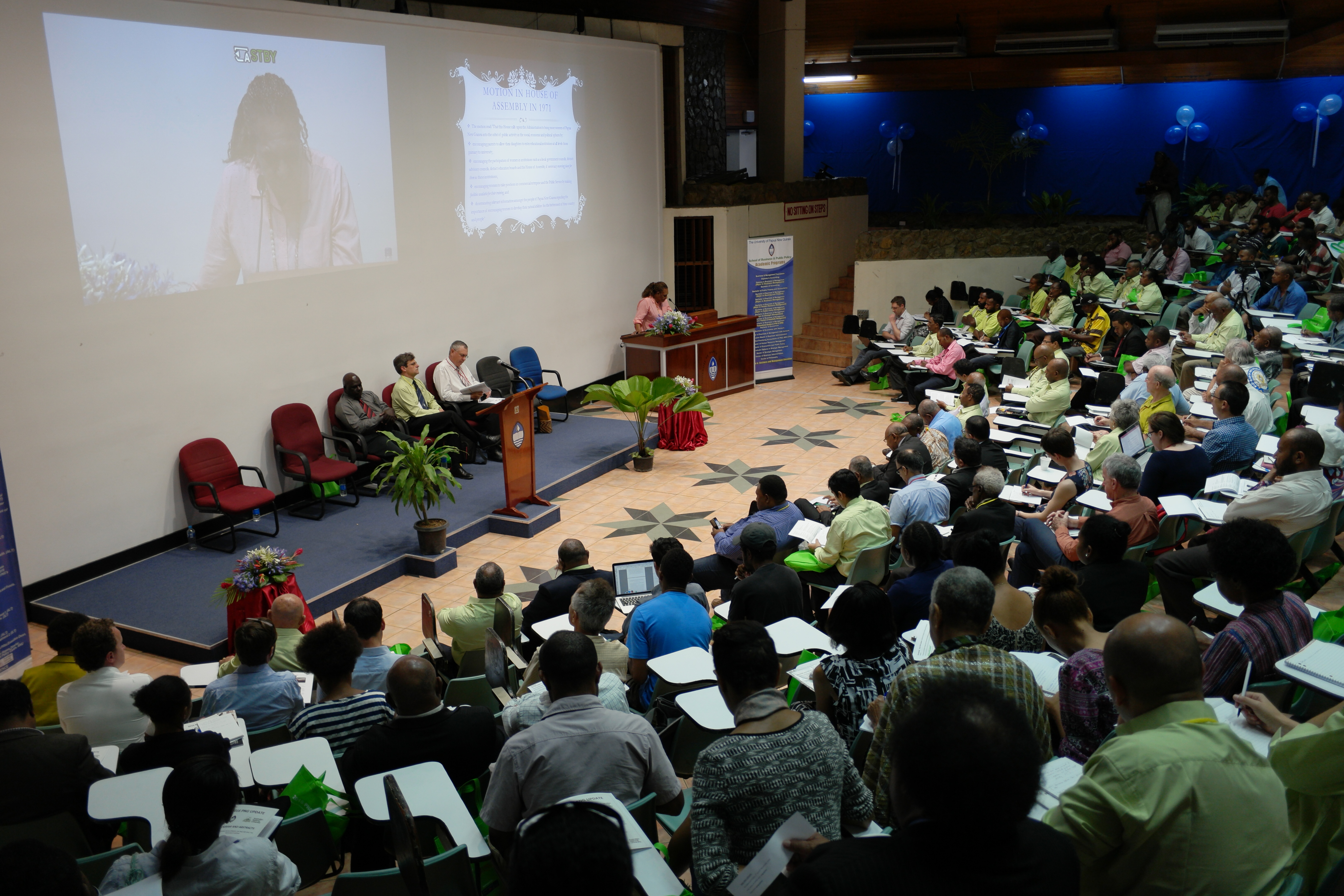 Does this sound familiar?

Women are not preferred for leadership roles in many societies because of tradition and stereotypes concerning women’s place in society. This mindset will not go away easily.

Gender inequality is a major development issue in Papua New Guinea. Different governments, through the adoption of national plans, have addressed gender inequality. Yet experience over the last 41 years since Independence shows that integration of gender equality through legislation and policy has not automatically achieved gender equality or leadership equality for women. After eight national elections, only seven women have been elected to parliament. There are currently only three female members of parliament.

Development approaches taken to progress and advance equality in leadership have been undermined, because gender inequality is so deeply rooted in culture and custom.

This country is so diverse, and gender equality challenges the cultural mindsets and power structures in our social systems. Culture influences the political environment, such as through the existence of public meeting places at the local and village levels where women are not directly engaged in decision-making. Women’s customary status has relevance and is important, but it must not prevent women from taking on leadership roles in modern PNG.

Let me illustrate the cultural perspectives of women from where I come from, to show the mindset that women there are up against.

In the Gogodala Communal Long House, the entire village was accommodated and the gender divide was structured into the architectural design – men and woman were separated from having direct interactions. The central hall, where important decisions were made, was used as a living room by the men, and women were excluded from the space and from decision-making. The men used levels above the central hall for sleeping, and only men were allowed to enter the house through the front and the back entrance. There were cubicles on both sides of the central hall for women, girls and children. Each family occupied a cubicle, which had a ladder for women, girls and children to enter the house. The cubicles had openings wide enough to pass food to male members in the central chamber.

The physical structure of the Gogodala Long House has been long dismantled, but the mindset behind its gender arrangement has not changed.

This is just one example of the kinds of barriers to leadership that women in PNG face. There are many others.

Despite the Constitution guaranteeing “equal opportunity for all citizens” there are institutional and structural constraints faced by women aspiring to leadership positions in any sector.

Many women leaders face challenges in the workforce, including jealousy and misunderstanding. In a study on women leaders in the PNG public sector, women holding senior positions said that Ministers and male colleagues saw them as women first, rather than as professionals. Gender bias prevents women from being seen as citizens and potential human capital capable of leadership. There is still a struggle with cultural and traditional norms clashing against current modern expectations about women’s roles. We must change the way women are viewed.

Maintaining a balance between a career and being a wife is not something women are trained to do. Marriage unfortunately for some women has become a place of emotional and physical abuse due to jealousy and insecurity.

A couple of years ago, a female friend sent me a text message at 4am suggesting a breakfast meeting at 7am at Crowne Plaza. I could not sleep after reading the text message, wondering why it was so important for her to reach out in the early hours of the morning. She wanted to share with me the abuse she had to put up with every time she returned from a business trip.

Leadership is a “boy’s club”. When a woman applies for a leadership position in an organisation, conversations are centered on whether she can fit in and adjust. In 2007, I was asked a question after my seminar presentation for the position of the Executive Dean:  “Will you attend after-hours functions?” My immediate thought was that this question was irrelevant, but I responded: “I will attend work-related functions”. This has never been an issue for me. Earning respect, acceptance, and approval from the “boy’s club” is an unspoken expectation on women.

Women are capable of being leaders, but men are simply preferred as leaders. The lack of confidence in women’s ability is influenced by cultural perspectives. In August this year, for example, I was reporting the behavior of a group of students during the recent student crisis. I was interrupted by a question: “Why are you afraid?”

I responded that I was not afraid of students but was merely reporting the unacceptable behavior of few students who had removed resumption forms from the school office and ripped them up. It may have been an innocent question. But would a male dean have been asked this question? It appeared to me that it was assumed that because I am a female dean, I would be afraid of aggressive male students.

So what can be done to reach a stage where both women and men are accepted as leaders? We are familiar with the constraints that work against gender equality. We know the preconditions for gender equality, and these are addressed through government policies and legislation and other development initiatives. We hope for more women in leadership positions but cultural mindsets remain the main constraint hindering progress. More constructive efforts are needed to change attitudes, change mindsets and address critical cultural barriers.

I don’t have to be a man to be a leader.

Professor Betty Lovai is Executive Dean of the School of Humanities at the University of Papua New Guinea. This blog is a condensed version of her keynote address at the 2016 PNG Update. The fuller paper is available here [pdf] or you can listen to a podcast here.