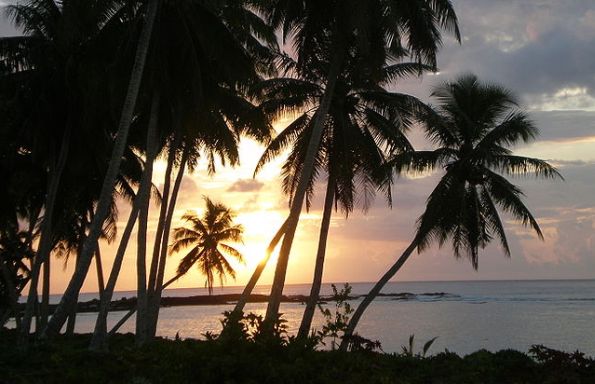 From Azerbaijan to Zambia, with the UK and US in between, I have served over 40 governments in the past 38 years, most of them on short-term assignments of course. As I have experienced, even developed country governments have problems delivering public services (see the work of the OECD, including this report [pdf]). Pacific island countries may consist of only a few tens of thousands of people, but this population can be scattered over many islands or valleys at great distance from each other, and divided into many different families, clans, wantoks or languages as well as beliefs and traditions. Can any service be delivered to the public when they are so scattered and otherwise divided? In many cases, the costs of providing services is prohibitive and indeed many a service is not delivered, or is otherwise provided with great difficulty. However, some services have been supplied and some have been  sustained.

Many Pacific Island countries have found it difficult to grow their economies and where growth has occurred it has not been easily converted into the reduction of poverty. Attainment of the Millennium Development Goals has been patchy. Most have relatively high per capita spending on health and education, but this has not been matched by better development outcomes. Throughout the region there are more and more unemployed youth and seemingly unresolvable gender, urban and environment problems (see the ADB 2009 report Pacific Approach 2010-2014 for a summary of recent Pacific Developing Member Country performance).

Why should there be such a lack of social progress? I commented previously on the reasons for the lack of private sector–driven growth. For the public sector, the reasons are also well documented. They include greater allegiance to traditional authority than the state, the incentives that these allegiances spawn, and the general lack of capacity, as well as difficult physical geography (see Rob Laking’s report State Performance and Capacity in the Pacific). Inherent governance, technical, administrative and political weaknesses help explain the region’s poor performance in terms of quality of policies and institutions (see comparative country performance ratings in the table attached to the following document and, for the purposes of this article see especially the ratings for B.6 Business Regulatory Environment). Such policies and institutions weaken the delivery of public services just as much as they impair the environment for private sector development.

It may therefore be no surprise to find that “donors have invested heavily in strengthening the capacity of Pacific Developing Member Countries (Pacific DMCs) over the past three decades. The results of all this investment have been mixed at best. Most Pacific DMCs are just as heavily reliant today on externally financed technical assistance and training and other means to build capacity as they have ever been” (see Joe Bolger’s report Pacific Choice Learning From Success).

Given the inherent geography, divisions in society and the weak governance, policy and institutional regimes, is it possible to improve public service delivery in the Pacific? In my years with ADB I worked with many efforts to help member governments reform their public services. Over the period 1996 to 2002 ADB approved 11 program loans and associated technical assistance, totaling $224 million, for nine Pacific DMCs in support of public sector reform. Similar assistance was provided again in response to the more recent global economic crisis. The earlier reforms generally addressed: (i) sound fiscal and financial management; (ii) improved public service delivery; and (iii) an enhanced environment for private sector development. According to ADB’s own evaluation the earlier reform programs were assessed as ‘relevant’, ‘less effective’, ‘efficient’ and with only a modest impact overall. The assistance was rated as ‘less likely to be sustainable’. The programs often achieved the goals of short-term fiscal and financial improvements, but not that of public service delivery and structural transformation (see more in the following ADB report).

Improving the delivery of public services has been a major problem throughout the world (as highlighted in this World Bank report [pdf] evaluating the Bank’s support for Public Sector Reform). However, as I argued in my earlier posts, private enterprise can and has found ways to overcome the challenges of the traditional, social, and physical environment. This hasn’t been easy and government policies could be much more supportive, but the means to greater private enterprise is known. Why can’t the public sector also overcome these challenges?

In at least some instances, the public sector and public service delivery in the region have improved and these apparent successes warrant close consideration. I managed a Pacific capacity development study from 2007 to 2008, which was based on case studies of more successful reforms. Mostly written by Islanders, the study concluded that the successes were attributed to a number of factors, such as: strong leadership; an enabling environment; effective community participation or demand; solid understanding of the context; getting the incentives right; effective use of technical advisers; ensuring sufficient time; taking a systems approach; and a harmonisation of efforts. Combined, these factors became known as ‘under the water line issues’ – those issues usually hidden from the eyes of outsiders (see the following ADB report).

Consider all these findings. They are ‘soft sector’, social issues – issues of people, management, and context. Also consider what is not listed as a priority for success. There was little (if any) mention in the study of cost (e.g. within donor budget), or sources of technical advice (e.g. ‘south to south cooperation’), or the latest alternate techniques (e.g. output budgeting), or sources of training programs (existing training institutions), or programming by fiscal year or electoral cycle; that is inputs. Yet, in my experience, these inputs-focused matters are often the concern of the designer and supplier of assistance, as well as some government beneficiaries. The market for more and better public services is much more complex. Indeed, the means to build and sustain greater public sector capacity and to improve the delivery of public services is not so much a matter of what service and what input, but how? It is not so much the hardware but the software. That is, how to provide the participation and build ownership and demand? How to provide the required leadership? How to otherwise ensure the local context is well understood? How to allow for more time? Which begs the question of whether the institutions of both donors and recipient governments have the right focus, incentives, and structure to build capacity for improved public service delivery. Public sector reform can work when it is driven by considerations of how. It should come as no surprise that where the major obstacles to change are generated by the people and their relationships, then the solutions to overcoming them must start with the same.

In this third in a series of posts , Steve shares some of his personal development policy insights in the continuing interest of adopting better policies and institutions for a better future in the Pacific. This series is being collated into a Policy Brief available here.  The rest of the blog series is available here.