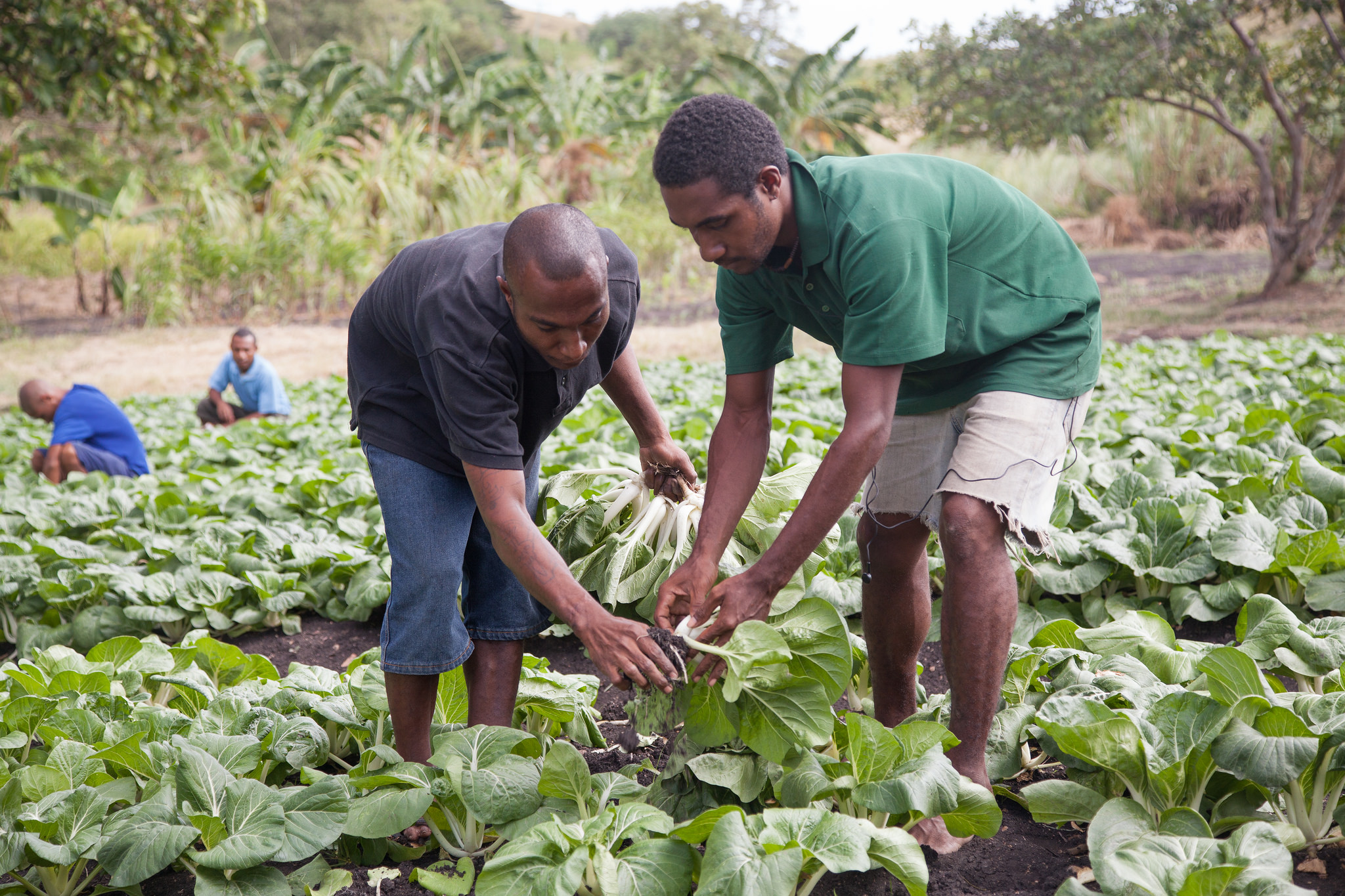 By Michael Bourke and Brendan Jinks

Most people in Papua New Guinea (PNG) rely heavily on agriculture for subsistence food production and cash income generation. Small-scale farming underwrites the national economy, but its output and impact through contributions to informal employment and trading is neither measured accurately nor publicly recognised. A modern nation that relies so heavily on agriculture requires an active Department of Agriculture which would take leadership on agricultural development. Its role would include advising other government departments and organisations on policies and programs; generating and publishing information, statistics and data; education and outreach programs; capacity building; and supporting preparation for and responses to natural disasters.

The Department of Agriculture has achieved a lot in the past. It was responsible for introducing potential food and export crops into PNG as well as developing successful coffee, cocoa, oil palm and fresh food sectors in the national economy[i]. Many other agricultural enterprises were also promoted with limited success, notably the production of grain crops and grain legumes.

The current Department of Agriculture and Livestock (DAL) is largely viewed as being under-resourced, and there are examples of it being bypassed by other national bodies, even on agricultural and rural matters. There appears to be a sense within the Department that it is not reaching its full potential. Highly skilled and qualified staff make the best of a difficult situation.

This is a critical time for the Department. The position of Secretary of DAL was advertised in PNG in late May 2018, and the appointment of a new Secretary presents a unique opportunity to change the direction of the Department. The government of PNG gave their vision for agricultural development in Alotau Accord II, and an opportunity exists to implement policy reforms with the leadership of a new Secretary. New and old challenges exist which require input from a national agriculture department. This includes data for climate change policy and carbon accounting. Suffering by rural villagers from natural disasters, such as droughts and earthquakes, can be mitigated when they have cash income. The most important source of cash for most villagers is from the sale of agricultural produce, and assistance from a national agricultural department is needed to facilitate this.

Here we offer some suggestions on the role a national agricultural department should play.

Current capacity and gaps in the Department should first be evaluated through a scoping study by a small and skilled project team. This process should include consultation with current senior management who are best placed to advise how current deficiencies can be addressed. Other key stakeholders in PNG, including other government departments, relevant private sector, NGOs and development partners, should also be consulted. Some clear terms of reference should be set up for the study, with adequate staffing and appropriate funding to refine or expand on the functions suggested here.

A departmental plan and framework should then be devised, including adequate budgeting. Given resource constraints, it would be necessary to establish priorities for the agreed functions.

Staffing the Department should be guided by recommendations from the scoping study but should include a broad mix and skills of senior agricultural specialists, agricultural graduates and administrative staff, including those with specialist skills in library management, archives, publications, statistics, communicating with rural communities and in using Geographic Information Systems. The physical resources needed would depend on the agreed high priority functions of a revitalised Department. They would likely include agricultural centres in major ecological zones where germplasm of key animals and plants would be maintained and propagated, as well as a well-resourced library.

Acknowledgements: The authors thank Bob McKillop, Bryant Allen and Owen Hughes for comments on an early draft, but responsibility for content remains with the authors.

Brendan Jinks
Brendan Jinks is a Research Scholar in the College of Asia and the Pacific at The Australian National University.