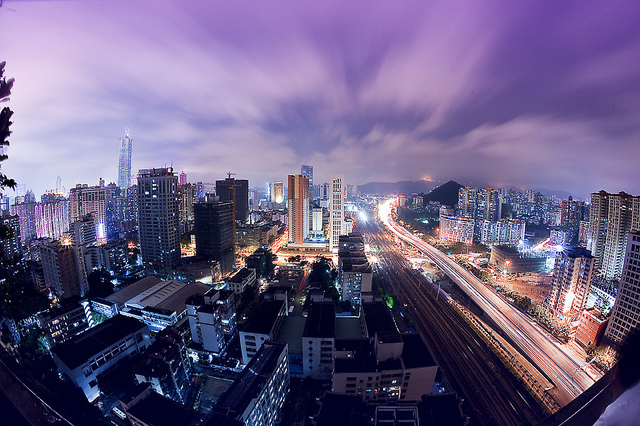 In the first decades of the 21st century, the Asia Pacific region, with China at the centre, has become the growth engine of the world economy. Unlike the United States and Europe, nobody in Asia is fretting about globalization. Indeed Asia is charging ahead and has an open invitation for other regions of the developing world to get on board. Is the Pacific region up for the challenge?

Asia has benefited from the trends underlying globalization such as flows of foreign direct investment, access to knowledge and innovation, open markets for trade in goods and services and rapid technological progress. Asian growth has also been built upon the foundation of prevailing regional peace, security and stability offered by regional and multilateral cooperation.

So it is to Asia that the developing nations of the Pacific must look for future growth opportunities, without any pangs of regret for traditional economic partners who will understand – and are, indeed, also looking to Asia.

We should think as a region and not just a collection of states. The rise of Asia is an inter-connected global and regional story as much as it is about nation-to-nation ties.

In line with their strong economic performance, major Asian economies are taking a greater leadership role in global economic governance. This holds promise for a broader and deeper focus in multilateral and regional economic cooperation on the needs of other developing regions and nations. New financial institutions such as the Asian Infrastructure Investment Bank and China’s Silk Road Fund are dedicated to supporting development projects that will foster regional and inter-regional economic integration.

Indeed, if we can overcome a deep lack of knowledge and understanding about each other, major Asian economies can offer significant market opportunities for the Pacific economies. The traditional barrier of distance can be reduced. Asian funds may allow new infrastructure and value chain connectivity to reduce the distance and cost of economic cooperation.

Central to this new economic landscape is China, which has now become the largest economy in the world, measured by purchasing power parity. It is already the world’s largest trading economy, consumer market and source of outbound tourists. China alone accounts for more than a third of global growth.

Because of its scale and its initiative to reach out to build trade, investment and tourism value chains along a “21st Century Maritime Silk Road”, China provides a unique opportunity for the Pacific – in this generation – to connect to the global centre of growth.

Chinese communities have built links to the Pacific region over centuries, with three waves of engagement. First, relatively small numbers travelled out from South China and settled across Oceania, developing trading and retail businesses. In the last decade or so, as the Chinese Government adopted a “go global” economic strategy, large State Owned Enterprises invested in major resource industries in countries such as Australia and Papua New Guinea and trade has increased with a number of Pacific Island Countries, particularly in resources, fish products and timber. At the same time, the Chinese Government has extended development aid and concessional loans to the developing countries of the region and has supported the construction of vital infrastructure, and education and capacity building support. The third wave is just beginning, as emerging private sector businesses from China look for more diversified opportunities across the region and as China’s outbound tourism grows.

The island nations of the Pacific need to develop economic development strategies to take advantage of the Asian region’s (and in particular China’s) new financing capabilities, aid, infrastructure and other investment as well as growing demand for tourism destinations and the resources of our region. Investment in infrastructure for connectivity including air, sea and communications links, is likely to foster regional tourism and trade benefits that can be widely shared.

Yet most talk of building ties with China is at the government-to-government level, with little discussion about opportunities for the region as a whole.

China’s “Belt and Road Initiative” is a regional development opportunity and not solely a bilateral opportunity. It builds upon the historic Silk Road and the Chinese Government concept of Belt and Road international cooperation has been developed not only within economic parameters, but encompassing a broad, socio-economic framework utilising the language of peace, cooperation, openness, inclusiveness, mutual learning and mutual benefit that is relevant to entire regions encompassed in its numerous belts and roads. It is also founded on the need for people to people relationships and understanding, in order to foster economic interaction and cooperation.

China is the focus of every region’s attention and every country is seeking bilaterally to strengthen trade, investment and tourism links with China. The Pacific island countries have diverse and specialized needs and must take innovative approaches to gain attention and engagement with decision makers. The appropriate mechanism for engagement may be different from those used by other regions and indeed a regional focus with China is worth exploring.

South China is the region with longstanding cultural links to the Pacific and Guangdong Province has been charged by the Chinese Government to take the lead in developing relationships with the Pacific Islands. Guangdong, China’s powerhouse economy on the Pearl River Delta and adjacent to Hong Kong, is therefore a good place to start and more intensive engagement to identify practical and feasible projects for economic cooperation.

An ideal approach would be to develop a regional framework that identifies the Pacific region’s priorities for industry development and sustainable development projects. Such a framework could provide guidance to Asian financial institutions and the business sector on appropriate environmental, cultural, best practice business and other principles to be applied in developing regional projects. This would tackle one of the key current constraints, which is a lack of knowledge in the Asia about Pacific islands industry development strategies and opportunities.

Coordination across the region, including partnerships between Pacific Islands Trade & Invest and national investment promotion agencies, will also help to identify areas in which it is possible to yield scale and broader benefits from connectivity projects such as those likely to be allocated the Belt and Road funding. Harmonized business registration and foreign investment guidelines would go even further.

Similarly, an annual high-level exchange of leaders, including business leaders, with Guangdong Province would put the Pacific on the agenda. Through such an exchange, it will be easier to strengthen and foster understanding of the Pacific’s needs and priority projects amongst the region’s decision makers and opinion leaders. A more intensive engagement with Southern China should aim to build relationships that over time will lead to business investment outcomes as well as broader international cooperation in educational and cultural exchange.

There is no substitute for pro-activity when everyone else is also targeting China. This is an opportune time to seize the current window of opportunity for Asia-Pacific and, in particular, South-South cooperation in building relationships, understanding, capabilities and platforms for joint projects to support sustainable development. The Pacific needs to find the right partners, most importantly partners who wish to contribute on the Pacific’s terms to meet the Pacific’s needs.

There is a major shift happening in the world economy. These major shifts don’t come along very often. There is an opportunity for the Pacific to benefit. It’s time for the region to articulate our needs and agree on a strategy to meet those needs for development. It is time to invest in the relationships that drive business in Asia. Let’s work together to ensure the Pacific gains from the Asia Pacific Century.

David Morris is the Pacific Islands Trade & Investment Commissioner in China. He is a former diplomat, senior political adviser and the founding Executive Director of the China Studies Centre at the University of Sydney. You can follow him on Twitter: @dm_aus

David Morris is an international diplomat, trade and investment adviser and commentator.

He is an Advisor of the United Nations Economic and Social Commission for Asia and the Pacific (ESCAP) Sustainable Business Network; Member of the Editorial Board of the Blue Book on the Pacific published by Sun Yat-sen University National Research Center for Oceania Studies; and Honorary Associate of the Graduate School of Government at the University of Sydney.