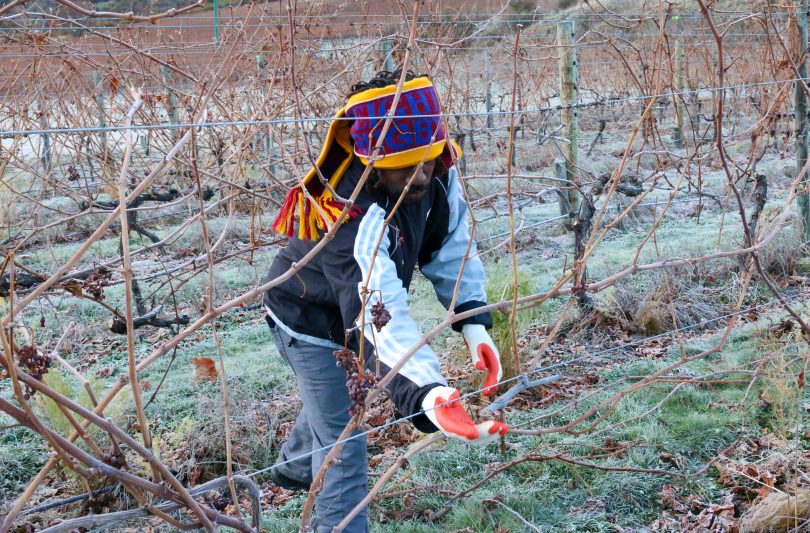 The RSE impact studies by Nunns, Bedford and Bedford, which I am reviewing in a series of three blogs (see review I and review III), cover in separate reports the impact on five Pacific sending countries (Fiji, Kiribati, Samoa, Tonga and Vanuatu) and the impact on New Zealand employers and communities.

The authors ask about the impacts on employers and local communities through engagement with a range of stakeholder groups, including workers and their families, community leaders and members, Labour Sending Unit staff, and officials from Pacific, New Zealand and Australian government agencies.

Their study also collected information about the strategies and initiatives of employers, local communities and government agencies, related to accommodation, health and policing, developed to mitigate adverse effects on Recognised Seasonal Employer (RSE) scheme workers and locals. Feedback provided by local Māori communities, NGOs, churches, and other local organisations showed how these groups looked after the welfare of RSE workers.

However, none of the recommendations in the Synthesis report relate directly to the roles that employers or local communities could play to address the strategic risks highlighted. Rather, the recommendations all focus on the lead role that governments should take.

The authors of the Synthesis report identify from their research three recommendations to overcome risks they argue the RSE is currently facing. The first is that ‘RSE worker wellbeing and financial returns require greater focus’. The second is that ‘unequal distribution of RSE benefits must be addressed – between RSE employers and workers; men and women; across PICs [Pacific island countries]; and within individual PICs’. The third is that ‘potential negative impacts for Pacific families and communities from labour mobility must be mitigated’ (Synthesis report, p. 8).

The obvious questions are: Who is to make these changes? Is it primarily the role of governments to make the recommended changes? Or should RSE employers, or the body that represents them, take primary responsibility? What role should workers and their local communities in the sending and receiving countries have in addressing the issues identified?

Is this the role of governments?

A closer reading of the recommendations suggest that they are directed at the New Zealand and Pacific governments. In relation to the first, the authors propose that the RSE scheme requires ‘a change in focus from one where the predominant focus is on the employer, to one where equal attention is given to employers and workers’ (p. 20). They recommend that the two leading government ministries together with the relevant horticulture and viticulture industries ‘aspire to, and actively work towards operating a best practice seasonal migration scheme for its Pacific partner countries’ (p. 19).

The term ‘best practice’ scheme is used ten times in the Synthesis report. The use of this term suggests that the RSE is a product of top-down good program design rather than the result, as it was, of bottom-up organic development, based on learning-by-doing by governments, employers, workers and communities.

Specifically, the Synthesis report recommends that the New Zealand government, through a change in RSE policy, require employers to lift the level of worker earnings to ensure that they keep pace with increasing living costs. The New Zealand government appears to have already responded to this recommendation in part by requiring RSE employers to pay RSE workers a living wage (which is higher than the minimum wage) as one of the conditions for allowing an exemption for Pacific seasonal workers to enter New Zealand during COVID-19.

But is it the role of government to set a ‘living wage rate’ above the minimum wage rate? Due to the closure of borders under COVID-19, the New Zealand government has had the upper hand in stipulating the conditions employers must meet to be allowed to bring Pacific workers into New Zealand. In normal circumstances, paying wages above the legal minimum should be left to employers to decide, as they are the main risk-takers in a seasonal work program.

Interestingly, in contrast to their focus on wages, the authors say nothing about lifting or removing the cap on the number of seasonal workers that are allowed into New Zealand every year. Why should the cap on RSE worker numbers continue to be imposed? It was initially intended to protect jobs for domestic jobseekers. However, there are now a range of ways that domestic jobseekers are helped to find seasonal work in horticulture.

Australia has removed the cap altogether; and we know from a 2019 corruption complaint investigated by the New Zealand government that the cap on RSE numbers is, unsurprisingly, a potential source of corruption. We also know that there is massive excess demand in the Pacific for jobs with the RSE and Australia’s Seasonal Worker Programme. Why not focus on getting more Pacific workers into New Zealand, rather than making the lucky few who are allowed in better off?

The authors propose that RSE workers be given greater voice through two ways: a government-funded workshop about employment rights for all new RSE workers; and by setting up a mechanism, such as government-funded exit workshops, for workers to express their concerns anonymously.

The risk of worker exploitation must, of course, be minimised, but who is best placed to do this? Is it government, as the authors propose? Or is it the role of employers? Employers, as individuals, have a strong self-interest in resolving any problems with their workers as quickly as possible. They also have a collective interest in ensuring that rogue employers are not exploiting workers. This is because rogue employers who exploit workers gain an unfair advantage, undermining the businesses of employers who are complying with the law. It will be far more effective if employers act collectively to ensure that all workers in the industry are treated fairly and that this is seen by the public to be the case. Monitoring by labour inspectors, unions and the media will show how effective they are.

Asking government to give workers multiple-entry visas and the right to return home for family-related events, as the authors do, undercuts the economics of short-term seasonal work for both workers and employers. Employers are investing their limited resources in a complex process. This requires big upfront costs and incurs major cost liabilities if one or more elements fall through. These elements include not meeting fixed departure dates, worker misbehaviour and the need to return workers home early at additional expense. Factoring in absences due to short visits home will impose another unpredictable cost on employers and make the RSE much less attractive to growers.

This blog is part of a series. You can find the first blog here and the third blog here. It is also part of the #RSE Impact Study series.