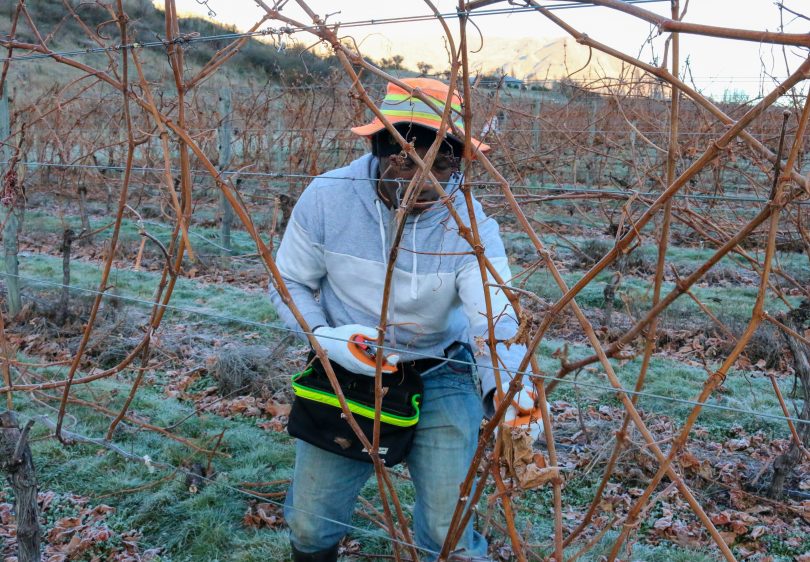 In his recent book The third pillar: How markets and the state leave the community behind, leading economist Raghuram Rajan uses an extensive historical account to show that society is based on the evolution of three key social functions: markets, the state and community.[1]

Rajan contends that markets and the state have developed and become powerful over time but have weakened communities as a result, limiting the latter’s role as a counterbalancing force.

Rajan is a University of Chicago economist, former IMF Chief Economist and Governor of the Reserve Bank of India. He contends that society suffers when any of these three pillars is weaker or stronger than the others. He concludes that if markets become too weak, society becomes unproductive; if the community is too weak, society tends towards crony capitalism; and, if the state is too weak, society turns fearful and apathetic.

Conversely, if too much power is given to market forces, society becomes inequitable. If the community is too strong, society becomes static; if the state is too powerful, society becomes authoritarian. He argues that a balance between these three pillars of society is essential.

Two insights to assess how to improve seasonal work programs

Applying this framework to seasonal agricultural work programs offers two insights. The first is to identify the main stakeholders who are responsible for making the arrangements work. The second is to offer a way to assess how well each of these three elements operate to balance each other in the complex set of arrangements that underpin seasonal work programs.

Seasonal work depends on the market because employers have to offer the jobs, and intermediaries are often needed to recruit the workers. The sending and receiving governments’ roles are those of regulator and facilitator. The workers and their households exercise choice by electing a household member to go overseas for work and providing support for the worker to do so. This free choice is reinforced when a worker agrees to return the following season.

The community is also a key stakeholder in both the sending and receiving countries. In the sending countries, community consists of community leaders, be they traditional, local government or religious, and the households with and without absent workers. They provide vital support to cover the loss of the worker’s contribution to the livelihood of the community. In the host communities, the key actors are leaders in local government, church and service club members, and small service providers in accommodation, clothing and food. Communities performing these roles make a vital contribution to the effectiveness of seasonal work programs.

Assessing the recommendations of the RSE impact study

The focus of this and two forthcoming blogs (review II and III) is on the extensive impact study of New Zealand’s Recognised Seasonal Employer (RSE) scheme by Heather Nunns, Charlotte Bedford and Richard Bedford (read about the key findings in a Devpolicy Blog series). The study was commissioned by the Ministry of Business, Innovation and Employment (MBIE) and its partner agency in the RSE, the Ministry of Foreign Affairs and Trade (MFAT). The researchers were asked to look at the social and economic impacts of the scheme for RSE workers, their families and communities, and the impacts of the RSE on, and for, local New Zealand communities.

There is a lot to learn from this three volume study, covering the RSE impact in New Zealand and in the Pacific, and the Synthesis report. However, in this blog series I want to take issue with many of the authors’ recommendations.

My summary objection is that the three authors’ focus is nearly always on what the New Zealand and Pacific governments should be doing to make changes. Missing are recommendations that highlight the changes that employers and workers or sending and host communities can make.

Just to give one example, the authors note in bold that: ‘While RSE employers remain the primary driver of the policy, if RSE is to continue to be a best practice scheme, the development aim must be kept to the fore’ (Synthesis report, p. 9). They argue that more weight must be given to the latter goal, citing approvingly a critical assessment of the RSE that states, ‘Not only do the interests of the horticulture and viticulture industries take priority, they also seem to take precedence in initiatives that are ostensibly meant to benefit Pacific states and RSE workers’. The authors argue for a rebalancing of the scheme’s two objectives, in particular, ‘to mitigate potential negative impacts of RSE on workers’ families and communities’.

While it is true that the secondary objective of the RSE is to contribute to the development of the Pacific (the primary goal is to help New Zealand’s horticultural industry), this does not necessarily mean that governments have to take a lead role in ensuring that development happens.

In place of governments, it should be left to individual migrant households and their communities to work out how best to manage both the benefits and the costs involved in undertaking well-paid temporary overseas work. The case for leaving it to migrants, their families and their communities in relation to who should decide how remittances are used has been well made by Michael Clemens and Timothy Ogden in their 2019 paper Migration and household finances: How a different framing can improve thinking about migration.

Clemens and Ogden explain that if the workers come from poor areas or poor economies with limited opportunities for productive investment (i.e., development), they may decide to use their savings for other purposes. These may range from building a better house, to paying off debts, or having to buy food in response to inadequate or unreliable livelihoods. The latter may be due to natural disasters, other highly variable environmental conditions, or simply living in a rural or urban economy with few options to generate a cash income. To understand why migrants invest their savings in ways they see fit requires first knowing the economic and institutional situation that migrants themselves, their households and their communities are responding to.

Negative impacts such as decreased food production due to absent workers need to be addressed by the workers themselves and their communities. This can be done by community leaders requiring workers to plant extra crops during their time at home. Migrants also can pay others in the community to tend their crops while they are absent. This has been done in Samoa and in Vanuatu.

In the second and third blogs in this series, I contend that the RSE Impact Study: Synthesis report’s heavy reliance on government to solve the problems identified is not consistent with how the RSE was set up in the first place and has been run ever since. As Stephen Howes and I note in our report Governance of the Seasonal Worker Programme in Australia and sending countries, the RSE emerged from a long participatory process as a proposal from employers to government. Since then, the New Zealand government has worked collaboratively with employers to resolve problems, as shown by the strong endorsement by employers of the role of the quasi-independent relationship managers. It is not clear why this same approach cannot continue to be used to rejig the RSE, where the stakeholders agree that this is needed.

[1] Rajan defines community as a social group residing in a locality, with a common leadership and cultural/historical heritage which produces what he calls ‘inclusive localism’.

This blog is part of a series. You can find the second blog here and the third blog here. It is also part of the #RSE Impact Study series.