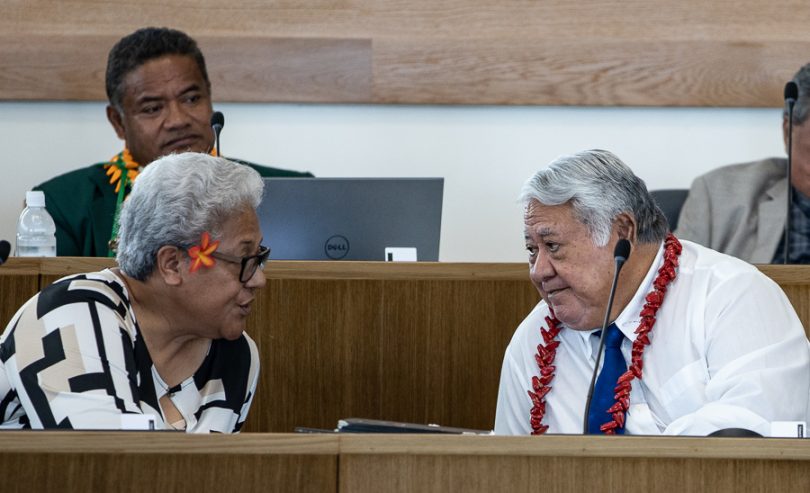 Nearly 60 years since independence, and 39 years after the Human Rights Protection Party (HRPP) took over the reins as government, a new dawn is on the horizon in Samoa.

For the uninitiated, voters in Samoa went to the polls on Friday last week. Preliminary results have the HRPP and the Fa’atuatua I le Atua Samoa ua Tasi (FAST) Party locked at 25 members each. Independent MP Tuala Iosefo Ponifasio has emerged as the likely kingmaker to form a government in the 51-member parliament.

The election results have already guaranteed a robust opposition party, an essential element of democracy that has been missing for a decade. It has been ten long years since Samoa has had an official opposition party recognised in parliament. This has reduced Samoa’s democracy to a one-party state where the HRPP has had total dominance over the country’s affairs, allowing Prime Minister Tuilaepa Dr. Sa’ilele Malielegaoi and his administration to do whatever they wanted, whenever and however.

But it is the possibility of the changing of the guard in government upon which all eyes are fixed.

We live in a country where many generations have known no other government other than the HRPP. The last change of government was nearly 40 years to this day.

The leadership of the late Tofilau Dr. Eti Alesana, incumbent Prime Minister Tuilaepa and the HRPP government must be commended for a number of wonderful achievements. As a nation, we have a come a long way socially and economically. Infrastructure-wise, the transformation has been impressive. From the days of dirt roads, no electricity, poor water supply, inadequate inter-island transportation, the one telephone at the Post Office where we used to stand in a queue to make an international call, to what we have today, we can only be grateful. And we are.

But having the same political party in power for close to 40 years comes at a cost. Experience the world over has shown where a party has enjoyed tremendous and unfettered power for such a period, the result is invariably blatant abuse, undemocratic practices, and suffering, especially for the poor and the most vulnerable. Samoa is no exception.

While Tuilaepa’s government would often espouse good governance, transparency and accountability, their behaviour was another matter. The daily Samoa Observer newspaper became the unofficial opposition voice, reporting on leaked government documents, reports and countless audits. Its reporters, including myself, can testify as to how the government refused to address questions surrounding its operations.

Questions about Samoa’s mounting foreign debt, aid, Polynesian Airlines (now Samoa Airways), the government’s cash cow called the Samoa International Finance Authority (SIFA), customary lands, issues of national identity and others have been bubbling beneath the surface for many years.

For a small country, there was never a dull moment. We’ve had countless scandals and tragedies ranging from a political assassination, to the sale of Samoan passports, and natural and man-made disasters, among others.

Meanwhile, the HRPP government was becoming extremely controlling, to the point where it had a hand in every area of life in Samoa. The government reached into people’s cars with the road switch. It changed the time so that Samoa now has daylight savings, even though no one understands why. It meddled with village laws, selected national rugby teams, interfered with family matters all the way down to the cans of mackerel people use for fa’alavelave (traditional obligations).

The Constitution was changed at will. From laws that impacted on freedom of religion and freedom of expression to the denigration and demolition of Samoa’s traditional structure, including the role of Tama a Aiga (Samoa’s traditional royalty), nothing was left untouched in the government’s mission, which appeared to have been that of rewriting Samoan history and creating a new legacy for itself.

The judiciary was not spared. Last year, the government rammed through major changes in the form of the Constitutional Amendment Act 2020, Land and Titles Act 2020 and the Judicature Act 2020. Together, they destroyed the separation of powers, changing the foundation upon which Samoa’s justice and judicial system rests. The laws have been described as the “most extensive and incoherent attack” on Samoa’s Constitution by the Samoa Law Society. They were strongly opposed locally and internationally, and while the HRPP government might have won the battle in terms of forcing them through parliament, it might have lost the war as a result.

Tuilaepa’s former deputy, Fiame Naomi Mata’afa, now the FAST leader, resigned to oppose these bills. She and the Samoa Law Society were well-supported locally and internationally by some of the world’s most brilliant legal minds in their crusade against the laws.

Fiame became the third member of the HRPP to exit. Former Cabinet Minister and Speaker of Parliament, La’auli Leuatea Schmidt and Leatinuu Wayne Fong, were unceremoniously dumped by the HRPP for questioning the status quo. The three would go on to form a quartet with “lone ranger” Olo Levaopolo Vaai, who would become the face of the HRPP resistance, what has now become the FAST party juggernaut. If La’auli and Fiame are the faces of FAST, Olo is the heart. For 15 years as a Member of Parliament, he stuck by his convictions as an opposition MP, refusing the enticing and lucrative benefits a role with the HRPP could have provided.

But even with all their political clout, we doubt FAST could have done what they have achieved in the preliminary election results on their own. After years of throwing their considerable weight around and getting away with it, Prime Minister Tuilaepa and his administration poked the wrong bear when they upset one of the strongest pillars in Samoan society, the dominant Congregational Christian Church of Samoa (CCCS).

The hauling of Ao o Fa’alupega (Reverends and Church Ministers) before the Court to be prosecuted over the HRPP’s demands that they pay taxes on their alofa (love offering from church members) would remain one of the most vivid pictures in the minds of many Samoans for years to come. There are lines that are not meant to be crossed; in Samoa this was one of them.

Add to all this, a measles crisis that killed more than 100 people, for which the government continues to refuse a Commission of Inquiry, and the election results become less surprising.

Some people had simply had enough.

Today, Samoa has arrived at a critical juncture in its journey. The tied election result is already a bitter defeat for Prime Minister Tuilaepa and his party who had arrogantly predicted that they would return to power with no less than 42 seats. They will not go down without a fight. Prime Minister Tuilaepa has already threatened FAST with legal challenges and multiple lawsuits; rest assured the kitchen sink will not be spared.

But you would expect FAST, the most organised political party we have seen in Samoa’s history, to be well prepared and ready for the war. Since its inception, Fiame, La’auli and the FAST family have survived against all the odds. But it’s going to get uglier before it gets better.

Mata’afa Keni Lesa is an award-winning Samoan journalist and the former Editor of the Samoa Observer News Group. He has more than 20 years experience in the news media.