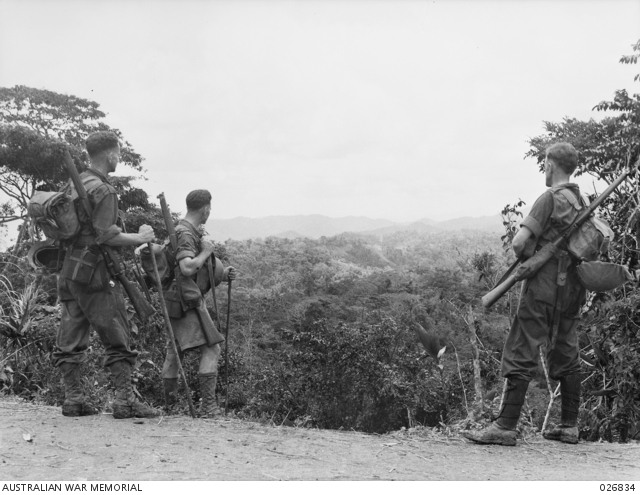 Efforts continue in Papua New Guinea (PNG) to preserve and protect World War Two heritage. In 2014, a team of Papua New Guinean researchers commenced work on an oral history project along the Kokoda Track, recording the memories of local people and families who had lived through the war: their experiences and the legacies of the conflict. PNG historians are starting to talk about how this ‘Kokoda culture’ could be transposed throughout the country to foster wider participation in PNG’s economy while increasing international exposure for PNG as a rich tourism destination.

The Oral History Project has been conducted in close liaison between historians and the Papua New Guinea National Museum and Art Gallery in Port Moresby, where the interview recordings and transcripts are now housed. The National Museum is central, as the project is extended out to other parts of PNG beyond Kokoda, and taking a lead in developing a national narrative that may tap into this ‘Kokoda culture’.

The oral histories complement the National Museum’s already extensive collection of wartime artefacts. With the Ford Trimotor, the P38 “Lightening” and the P39 Airacobra aircraft all situated at the entrance of the museum compound, it is evident that the war looms large in the historical imagination of PNG. Working on this project has given several historians and heritage workers the opportunity to pause and consider precisely how the war – which was experienced in many varied ways for millions of people across the region, as well as foreign forces – will be represented. We see this as a key moment in which to build historical consciousness about sites beyond Kokoda.

Gregory Bablis, Senior Technical Officer with the National Museum’s Modern History Department, has been conducting interviews around the coast near Port Moresby, in areas evacuated during the war, in villages such as Roku. This is an area considered fairly central to PNG’s administration, was part of the areas bombed through the Pacific Campaign, and a site where the war brought considerable disruption to people’s lives. Yet in terms of its war history, these southern coastal areas get overshadowed in commemorations by the Kokoda Track. There are significant military structures and remnants in and around Port Moresby that deserve more attention. The Port Moresby coastline defence fortifications were built between 1939 and 1944. The coastline defences stretched from Bootless Bay northwest of downtown Port Moresby to Boera. In between there is the Basilisk Station at Roku the Gemo Station, the main station at Paga Hill and the Touguba Hill bunker.

Upon visits to any of these sites one can see that PNG’s historical heritage has a lot to offer PNG’s economy in terms of tourism. Apart from eco-tourism, which is closely related, military heritage needs to be promoted. We are increasingly seeing local initiatives to promote trekking on wartime tracks not as famous as Kokoda, including the Bulldog and Black Cat tracks. One of these is the Musa Track that runs from Abau in the Central Province to Oro Bay in Northern Province. Another track is the Trans-New Britain Trail which begins at Katula Ridge in the southern coast of Pomio (East New Britain), cuts across the Nakanai Ranges, and ends at the border with West New Britain. In many ways, eco-tourism and military heritage can converge as they often do along the Kokoda Track.

As the Oral History Project moves forward, we are aware of the need to reinforce local efforts to remember the past and commemorate experiences. Local landowners collect war relics and display them, not only for younger generations but for tourists too. Blamey’s Garden (Namanatabu) and Roku, for example, are still significant and display substantial remnants of the wartime that need to be protected, preserved and promoted. We need to assist the local landowners to register their Incorporated Land Groups, formalise their land titles or establish their landowner companies so their interests can be protected and they can participate meaningfully in these tourist activities on an equal footing with the landowners of the Kokoda Track.

This is what is meant by the transposition of the “Kokoda culture”. There is a rethinking of the term culture in this context – not the ‘traditional’ way of doing things or thinking, but the permutation and cross-culturing of the Kokoda name, re-branded to other historical and military tracks in PNG. We need to consider what local landowners can learn from the way in which other tracks are run, and particularly from the Kokoda model. Can the Musa Track and Trans-New Britain Trail be marketed as tourist products too? We would like to think so, through the revelation of their wartime histories via parallel oral history projects, and through better situating local narratives within the meta-narratives that already exist.

We need to make sure that the research done as part of the Oral History Project or any military history research relevant to their sites are made available to communities, and that assistance is provided for locals to research the history so they can use this to inform their visitors as part of guided tours. Heritage management plans need to be developed to ensure sustainability and efficient management of tracks or sites. For example, the Conservation Environment Protection Authority has helped Gideon Warite, the landowner at Blamey’s Garden, develop a heritage management plan, and there is scope for much more to be done across the country.

Throughout all of this, there has been considerable scope – and in part this is already being realised – to share information, knowledge, resources, technology, and personnel across the Torres Strait. We believe that this will help develop a sense of shared historical heritage between PNG and Australia for future generations. Papua New Guineans can gain economic empowerment from the disused and disposed wastes of war and Australia can develop a greater, deeper appreciation of their history abroad. Australia’s history in Papua New Guinea expands well beyond the Track, and this was often in the form of a shared cultural economy. Under colonialism this was often exploitative, but as Papua New Guineans try to attract tourists, communities throughout PNG have a chance to gain both economically and culturally from ties based on a common wartime history.

Gregory Bablis is Senior Technical Officer at the PNG National Museum and Art Gallery. Dr Kirstie Close-Barry is Director of the Graduate Institute at Batchelor Institute of Indigenous Tertiary Education in Darwin.