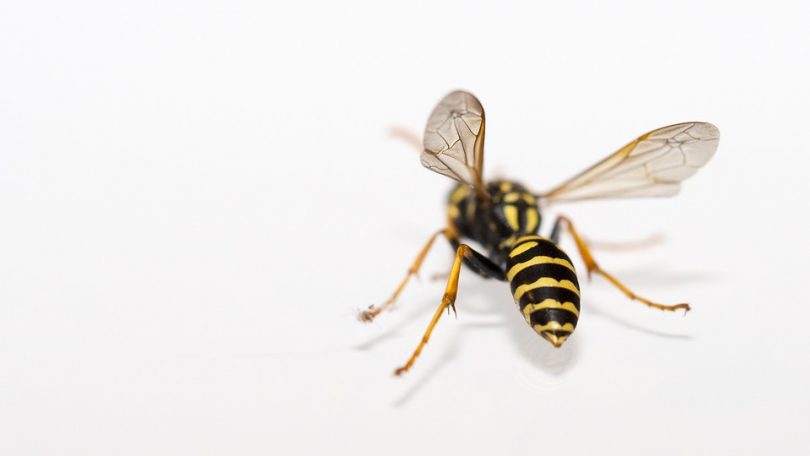 The Coalition government has continued its tradition of cutting aid. Since coming to power in 2013, the Coalition has had responsibility with setting aid budgets for eight years, starting with 2013-14 and finishing with 2020-21, the last of the forward estimate years. Aid has been cut (or projected to be cut) in real terms in six of these eight years. The biggest cuts were in the two years just gone by, 2015-16 and 2016-17, where aid was cut by 20.2% and 7.4% respectively. The cuts are now to be paused for the next two years, where aid will increase at about the rate of inflation. But then in 2019-20 and 2020-21 the cuts resume, at the modest rate of 2.4% per year. The cumulative cut in aid from 2013-14 onwards is 32.8%: basically one-third. 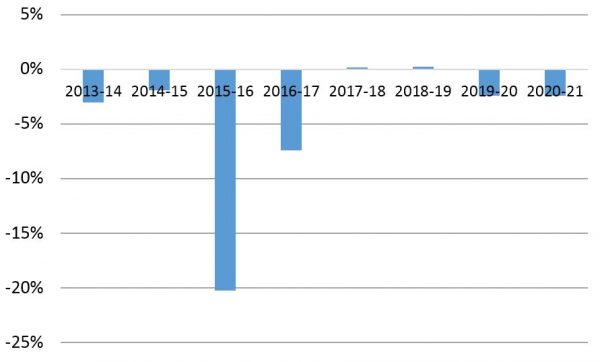 The bars show the percentage increases or decreases after inflation. Aggregate budget data can be found in this Excel spreadsheet [.xlsx].

No explanation is given for why aid is to be cut, except that the money will be used for “other policy priorities”. That’s an accurate description. Aid is being cut by one-third, but all other expenditure is increasing by 16% over the same eight-year period.

The Australian might have been dramatizing a bit in its very similar articles of this week and October 2014, but it had the basic story about right. There is no one-to-one link between the aid cuts and the increases in police and intelligence, but these clearly are the sorts of “other policy priorities” the government is finding more funding for by, in part, cutting aid.

Why is there an increase aid in line with inflation for two years, before the real cuts resume again? Perhaps the Coalition wants to challenge Labor to promise to increase aid in the run up to an election: 2019, when aid will start to stagnate again, will be an election year. Or perhaps it thought the cuts would look less harsh back-end loaded. Perhaps it was the best Bishop could do.

Either way, it’s a fairly bleak record and outlook. Our Aid Tracker now goes back to 1961-62. Over the 60 years to 2020-21, there are 16 in which aid has fallen. Six of those are in the last eight years – compared to ten in the previous 52. According to current GNI projections, aid will actually fall below 0.2% or 20 cents per hundred dollars in 2020. That will put us squarely in the lower end of the international generosity spectrum.

There is not much to say about how the modest nominal increase of $84 million will be spent this coming year. There is a welcome increase for humanitarian aid, and there are a number of multilateral and regional payments deferred due to last year’s cuts which will be made with the aggregate increase this year. Bilateral allocations are virtually unchanged. Sectoral shares are little touched, though education continues its steady decline. There is only one bullet-point on and no dollars attached to the flagship regional health security aid commitment the Coalition took to last year’s election.

Overall, it’s a small target aid budget, with minimal changes, but a sting in the tail – this government’s fifth and sixth cuts to aid.