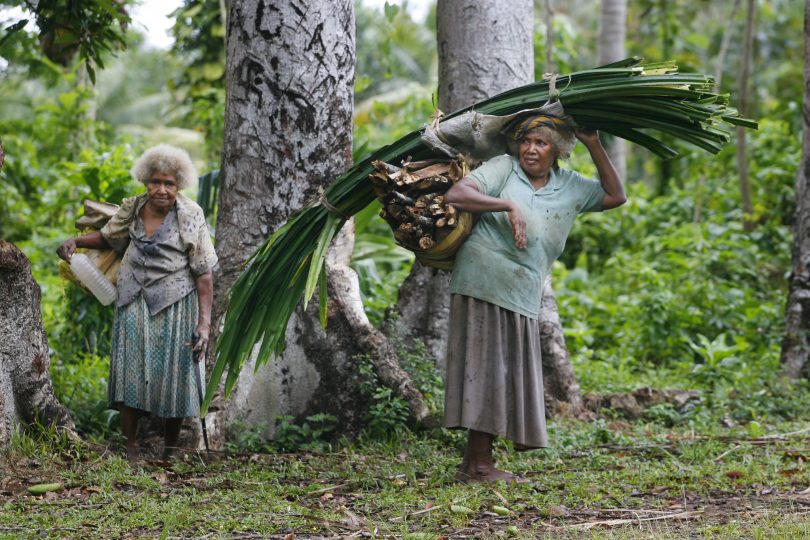 Social protection measures have played a core part of the Pacific’s response to the impacts of COVID-19. More than 80 schemes have been implemented, using cash and in-kind benefits, subsidies, and adjustments to contributory schemes.

There is a common perception that formal social protection is limited across the Pacific and that, once COVID-19 temporary measures end, communities will be left with no government support. However, our analysis, undertaken as part of the Partnerships for Social Protection Program (P4SP), shows that most Pacific island countries (PICs) have made meaningful levels of investment towards social protection systems over the past 15-20 years. These systems will likely remain into the future, as they are a core part of government service delivery and an important contributor to economic stability and social cohesion.

P4SP’s analysis shows that six Pacific countries (Fiji, Kiribati, Nauru, Samoa, Tuvalu and Tonga) and Timor-Leste spend between 0.4% and 2.6% of gross national income (GNI) on tax-financed social protection schemes (Figure 1). While these levels of expenditure are relatively modest compared to high-income countries, they are higher than many other low- and middle-income countries in Asia and the Pacific. 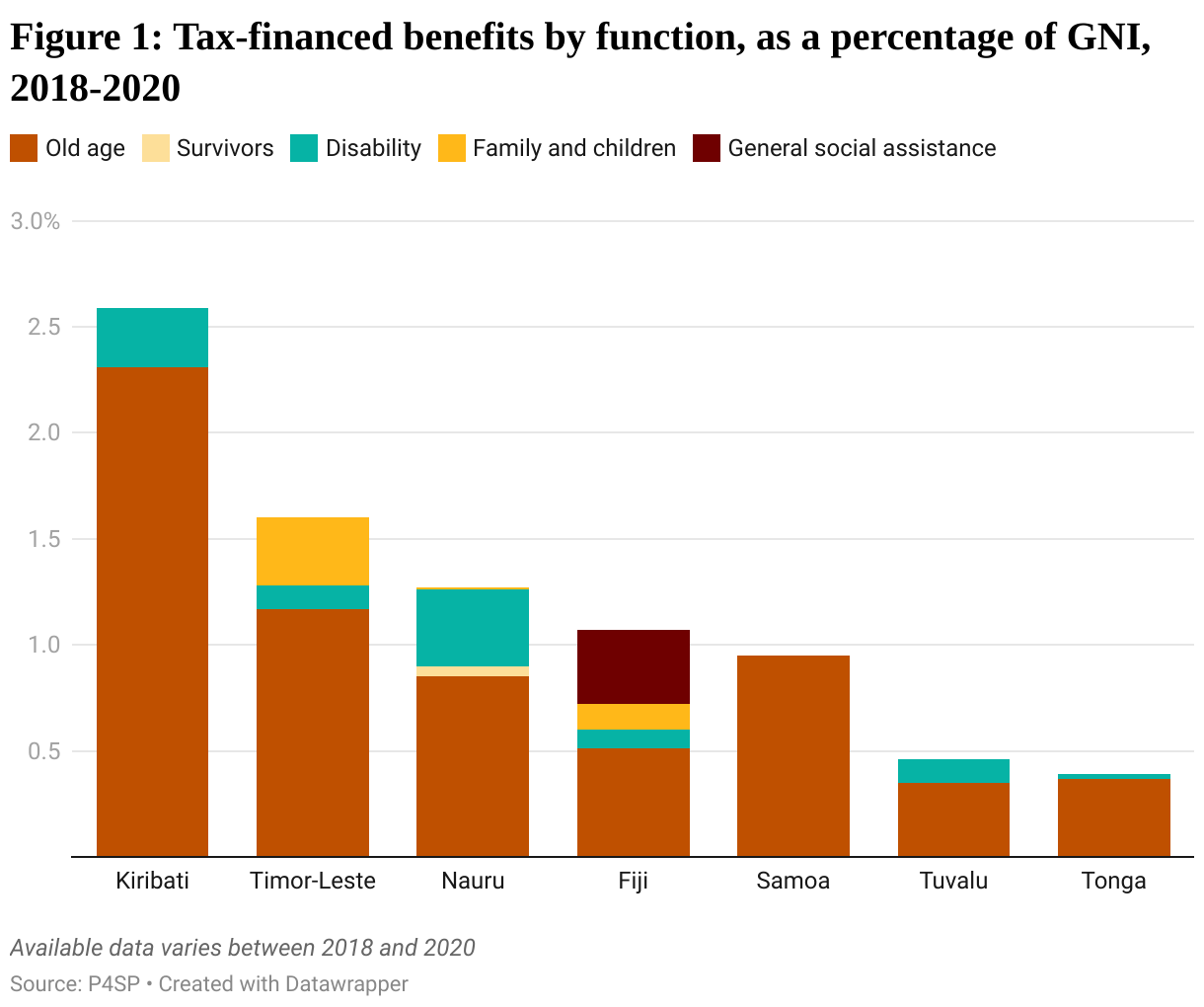 Three countries (Papua New Guinea, Solomon Islands and Vanuatu) have no social protection expenditure, however PNG is planning to introduce a new child and maternity benefit, supported by the World Bank and the Australian government’s Department of Foreign Affairs and Trade (DFAT).

PICs have also progressively improved the coverage of population groups. Where the sector was previously limited to contributory schemes, particularly mandatory savings arrangements via national provident funds, there have been increased moves to introduce tax-financed schemes (social assistance) to protect people from risks faced across the life cycle. These include old age, disability and child benefit schemes.

Another important trend is that most countries have opted for universal benefits (provided to a category of the population regardless of their poverty status), particularly for older persons and persons with disabilities. Factors such as administrative simplicity and the political appeal of universal schemes appear to have played a role. By contrast, poverty-targeted schemes are relatively rare and – where introduced – have been more strongly linked to initiatives by development partners.

Countries that had invested in their social protection systems before the COVID-19 pandemic were in a stronger position to respond to the pandemic. For example, Cook Islands, Fiji, Kiribati, Samoa and Tonga built on their existing schemes and economic infrastructure to provide quick responses through temporary top-ups to older persons, persons with disabilities and children already receiving benefits.

Cook Islands, Federated States of Micronesia, Fiji and Tonga provided new cash benefits to those deeply affected by the crisis, while Samoa, Timor-Leste and Tuvalu provided short-term benefits to all (or the vast majority of) citizens.

Countries have increased investments gradually, mostly through incremental changes to eligibility – such as reducing the age for old age pensions – and benefit levels. For example, in Fiji expenditure on tax-financed schemes nearly tripled, from 0.4% of GDP in 2016 to 1.1% of GDP in 2021, through small, annual increases in spending.

Given the current constraints in the fiscal environment, exacerbated by the potential instability of debt financing, PICs may have less resources to strengthen their social protection systems. Going forwards, development partner financing will continue to play an important role. Our analysis also shows that investment may happen incrementally.

Continued investment in social protection in the Pacific will play a key role in inclusive economic recovery and in responding to future shocks.

Note: The analysis uses a method for classifying social protection based on the IMF Government Finance Statistics Manual. Provident fund expenditure is not considered a component of government expenditure, and thus not included in these statistics.

The authors’ analysis is part of a suite of work being undertaken by P4SP as an initiative of the Australian government to advance social protection in the region.

Charles Knox-Vydmanov is an independent consultant with 15 years experience in the field of social protection. He is currently Team Leader for an activity under P4SP focused on identifying strategic pathways to sustainable investment in the Pacific and Timor-Leste.