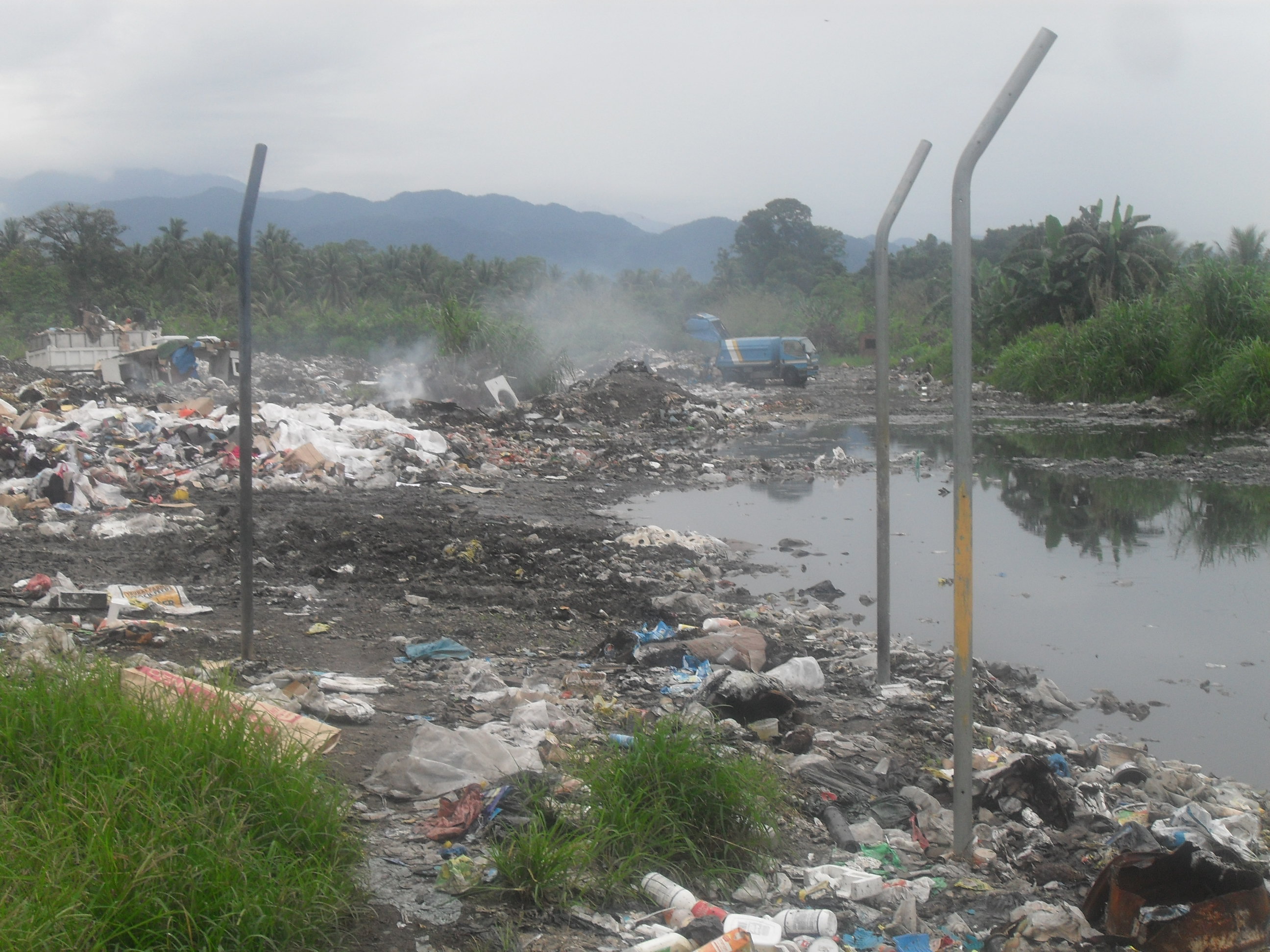 This research covers two PNG cities, Port Moresby (POM) and Lae. POM has a population of 650,000+ and Lae has 200,000+. Both cities expect rapid population growth (due to urban drift) and economic boom (due to gas, oil and mineral projects), and therefore the level of waste generation and management is becoming a real concern.

The landfills in POM (Baruni Dump) and Lae (Second Seven) practice open burning of waste, causing huge pollution to surrounding environment. This practice has become a serious health and environmental concern to the public. 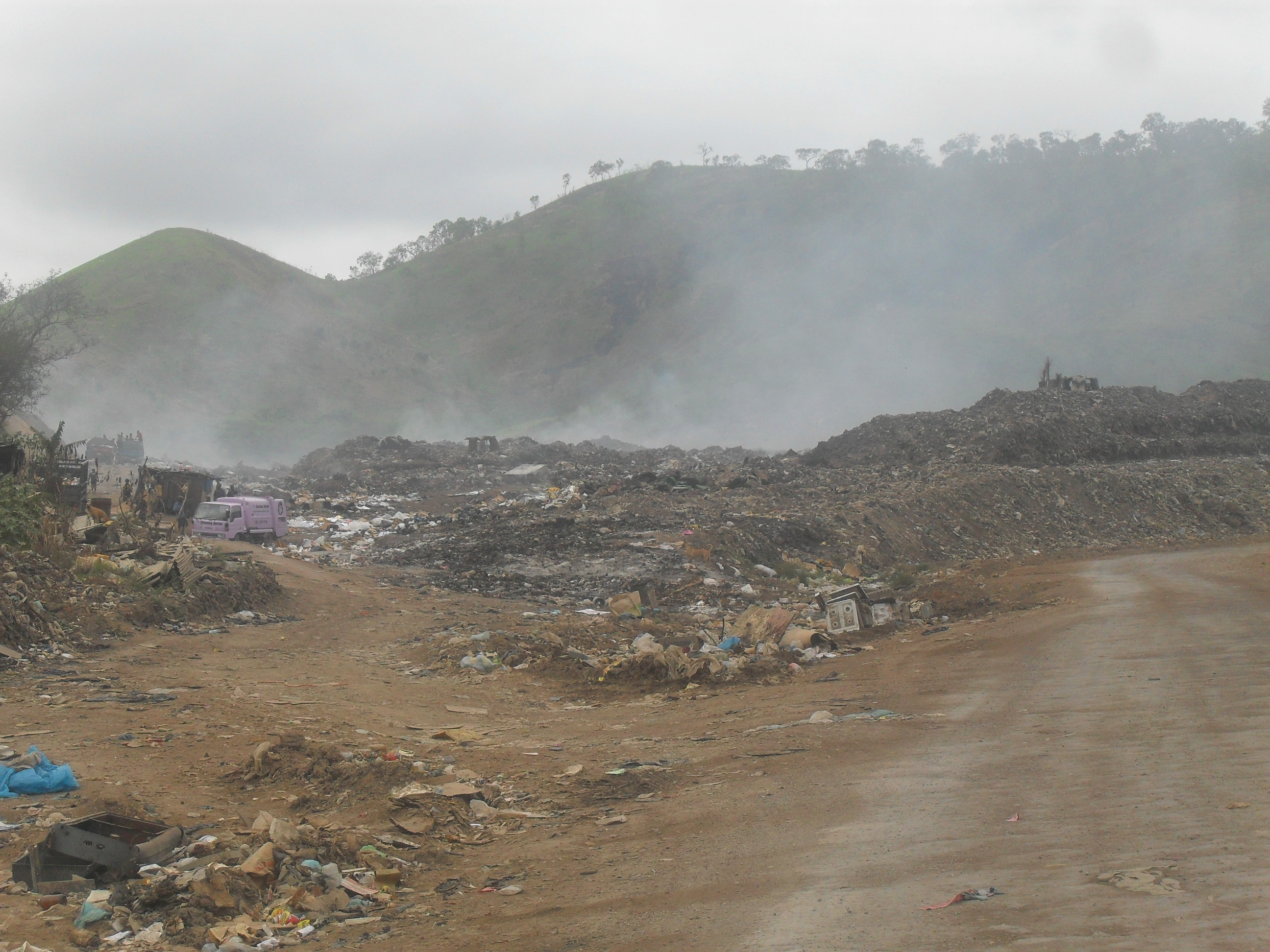 The National Government of PNG has no SWM strategy or regulation or law to manage waste in the country. The waste management authorities in both cities use the the 1973 Public Health Act, the 2000 Environment Act and their own bi-laws. The Public Health Act was passed to manage medical waste while the Environment Act was passed to manage industrial waste. This implies that there is no specific act in SWM. Both authorities enforce these laws with minimal compliance and no performance monitoring. This is reflected in both cities in which waste of all types are found anywhere.

The Japanese International Cooperation Agency (JICA) has initiated the upgrading of Baruni landfill in POM at the cost of PGK2.5 million through technical support. The upgrading of the facility will cost PGK10 million (PGK1 million from NCDC and PGK9 million from PNG National Government). The National Department of Environment and Conservation approved the project, which is yet to start.

The LCC has made a funding proposal to Cairns City Council, Australia, for possible funding assistance but this is yet to be approved. The rehabilitation work on the Second Seven landfill will cost about PGK11 million. The project will come in three components; a feasibility study, research and documentation – PGK1.5 million; construction of the facility and procurement of equipment – PGK8 million; and training and management – PGK1.5 million.

The waste generation in both cities is expected to increase in the future given high population growth and the economic boom. Waste generation trends are challenging and becoming a real concern for PNG.

Both cities engage contractors to collect waste and dispose of it at the landfills. The contractors use their own resources like trucks, tipper trucks, compactors, bulldozer and labour. In both cities, waste management system involves collection and disposing. There is no waste transfer and treatment.

The waste collection in POM is funded by the NCDC. The annual waste budget for 2012 is PGK10.4 million. Funding is sourced through commission’s internal revenue sources like land tax, licensing fees and garbage tariffs (e.g., residential garbage fee is PGK33.68 per month). All payments are made in cash at the revenue counter, involving no bank transactions.

LCC funds waste collection in Lae. The annual waste budget for 2012 was PGK0.5 million. The funding is sourced through the council’s internal revenue of about PGK8 million. About 80 percent of council’s revenue is collected from internal sources like land tax, licensing fees, and garbage tariffs (e.g.; household garbage fee is PGK36.00 per month for high covenant residential areas). The other 20 percent comes from provincial government grants. The council has a high rate of tariff and fee collection (80 percent), all payments are made in cash and bank deposit to a council account.

In both cities, legal actions and other penalties are enforced for non-payments of tariffs, fees, taxes and other charges.

Public awareness and education is the key tool to address SWM issues in PNG. The Bank South Pacific (BSP) is the only corporate body that does public awareness on waste management in the country. The Bank has a public awareness program known as “Go Green” with the aim to educate people to be responsible for their own waste like placing rubbish in the bins. BSP rolls its “Go Green” campaign nationwide through its branches at the cost of over PGK3 million per year. The program is part of its social obligation to the community. BSP conducts awareness in schools and communities. The bank also provides funding and logistical support to community and institutional groups that are willing to collect rubbish. The “Go Green” campaign is also going on in Fiji, Solomon Islands and Niue where the BSP has branches.

The BSP initiative has not had much effect so far. The “Go Green” campaign only targets urban areas (below 15 percent of the population), and still there is a huge need in public awareness for rural majority. Even in the cities, evident of the waste on the ground is abundant.

The main issues identified during the research are as follows:

Solid waste management is a neglected area in PNG. It needs to be taken much more seriously.

Thomas Wangi is a Lecturer in Economics at the University of Papua New Guinea. This post is based on his talk (podcast available here and powerpoint here) to the 2013 Pacific and PNG Update, and is based on research undertaken by him for the ADB.