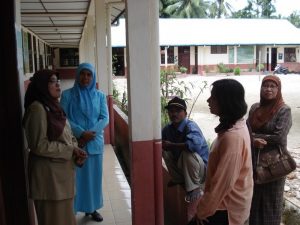 This article is part of the Aid Open Forum, a series of blogs to encourage debate, and the emergence of new ideas for the aid program. In this first article, Archie Law, CEO of ActionAid Australia, advocates that the Independent Aid Review should listen to the voices of poor people.

The Foreign Minister, Kevin Rudd, has launched a comprehensive review of the Australian Aid Program to ensure that the program learns from its experience and becomes as effective and efficient as possible. The team here at ActionAid welcome the announcement as the international development assistance budget is expected to double between now and 2015 and there hasn’t been an independent review of the aid program since 1996.

ActionAid received some terrific media coverage yesterday and thanks to all media outlets for covering our impressions of this review. One area that received considerable attention was a recent post on this blog which questioned the concept of the aid program providing “value for money”. I completely stand by my original comment but probably should explain it a little more. I wholeheartedly support the view that the aid program should provide value for money on every Australian taxpayer dollar that is allocated to the aid budget. My question is who determines what value for money is?   The voices of people living in extreme poverty need to be the loudest voices when the government is determining how effectively Australian aid money is being used and each and every aid dollar should maximise the development outcomes for people living in extreme poverty. Given that we are working in complex political and social environments this is always going to be difficult to explain to the Australian taxpayer and we all need to get much better at doing this. For example the real drivers of social change in developing countries tend to be social movements who function in their own unique way and such movements rarely, if ever, comply with the traditional modus operandi of the aid community which is “provide resources, implement activity, monitor output and evaluate outcome.” This review would be doing international development a huge service if it were able to unpack these issues and suggest new approaches of enabling people living in poverty to have a loud voice in determining what they want from the aid program.

There are further concerns as the review seems to be based on the flawed notion that economic growth is the main driver of poverty alleviation. Whilst economic growth has been one of the main drivers for millions of people in China and India lifting themselves out of poverty, it has recently been noted that the high levels of economic growth haven’t done much for the bottom 20% in both countries who still live in humiliating poverty. The evidence from countries such as Nepal and Sri Lanka is that relatively low levels of economic growth have not constrained large increases in the numbers of people living in extreme poverty being able to access essential services such as health and education as a result of governments getting serious about providing services for the poorest. So maybe we shouldn’t gamble too much on economic growth as the main driver of poverty alleviation and instead focus on other issues that seem to be neglected such as human rights.

The words human rights are missing from the government announcements that I’m reading yet the Universal Declaration of Human Rights and accompanying covenants provide a clear framework to guide the aid program into the future. Other progressive donors such as DfID use a human rights based approach to poverty alleviation as a key driver of their programming work so maybe this review should have a good look at this as well as getting stuck into the issue of economic growth.

However my single biggest fear is that this team is not going to hear the voices of people living in poverty.  Sure I expect that the review team will be talking to all sorts of wise heads from the World Bank, the UN, NGOs and they might even come to talk to us at ActionAid. However I don’t expect that the review team will widely seek the views of the very people that the aid dollars are provided to help. Recently the Prime Minister announced that Australia would contribute some $500 million to education in Indonesia which would finance the reconstruction and building of thousands of schools. Australia has poured money into school rehabilitation and reconstruction over the last decade. Just maybe someone might go and ask the very poorest people in a country such as Indonesia whether the construction of these schools has helped their kids, particularly their girls, access education and enabled them to claim their basic human rights. Now that would help demonstrate value for money.

Archie Law is the CEO of ActionAid Australia. A version of this article was published first here.

If you are interested in submitting a blog to the Aid Open Forum, please send us an email. We don’t guarantee we will publish everything we receive, but we will certainly have an open mind. We encourage you to provide comments on what you read, to get the discussion going.

Archie Law is the CEO of ActionAid Australia.