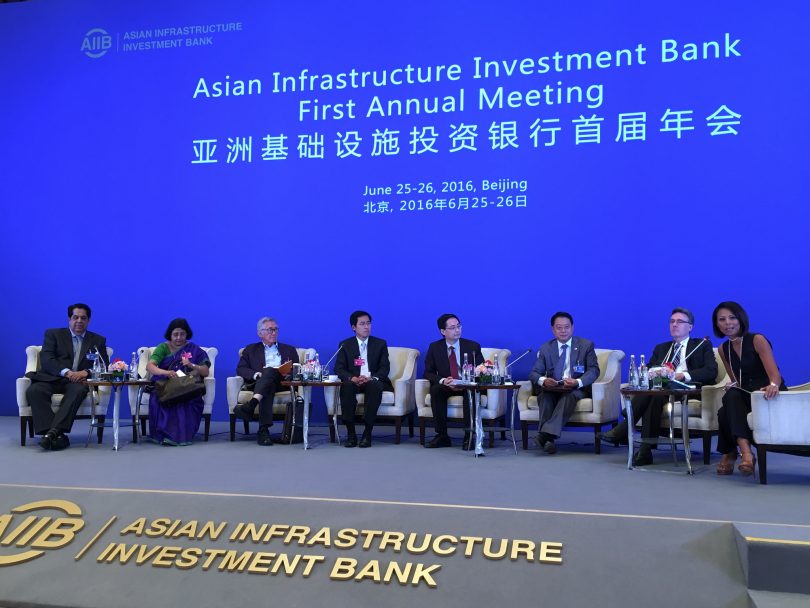 In recent years, a new challenge has emerged for economic development and integration in the Asia-Pacific: infrastructural connectivity. Driven by three decades of high-speed growth, industrialisation and urbanisation, Asia has proven one of the greatest developmental success stories in the global economy. Economic openness has played a key role in this process, with liberalisation – undertaken in both unilateral and multilateral ways – greatly lowering the barriers to trade and investment between Asian economies. However, the infrastructure allowing the movement of goods, services, capital, information and people across borders have failed to keep pace with the region’s economic dynamism. As a result, infrastructure and connectivity have become a major focus of the region’s development policy agenda.

The infrastructure gaps plaguing Asia are a widely known problem. The region has a strong institutional infrastructure connecting its economies: including ASEAN, APEC, the East Asia Summit, their associated policy dialogues, and over 50 bilateral free trade agreements. But when it comes to physical infrastructure – the roads, rail, air and sea ports, energy and telecommunications linking economies – there is a worrying undersupply. Such gaps are especially pronounced for cross-border infrastructure, which is often ignored by development plans and programming focused on country-based strategies. These infrastructure gaps have become one of the principal barriers to trade, investment, and development in the region. Best estimates indicate that Asia-Pacific economies will need to make a staggering $1.5 trillion of infrastructure investments per year, every year, from now until 2030.

In a historic move, China has recently taken the lead in efforts to close these gaps. In late 2013, the Chinese government publicly unveiled two regionally-focused infrastructure initiatives. The first was the Belt and Road Initiative (BRI), which promised to build new infrastructure platforms connecting Europe, Africa and the Middle East to Asia. The second was the Asian Infrastructure Investment Bank (AIIB), the world’s first multilateral development bank exclusively dedicated to infrastructure projects.

These initiatives were part of a new phase in Chinese foreign policy, where the country intends to go from being an ‘institution taker’ to ‘institution maker’ in global economic governance. China is unique in focusing its foreign policy efforts on infrastructure and connectivity, as this is a domain that other major powers and international organisations have hitherto not prioritised. It reflects Chinese ambitions to be a ‘developmental’ leader in Asia, by drawing on the successful experience of its own reform period to assist other developing economies in Asia to industrialise through open trade and investment strategies.

Importantly, the BRI and AIIB offer distinct and functionally-differentiated governance models for infrastructure projects. The BRI is a broad mobilising initiative, under which Chinese state agencies – principally banks, state-owned enterprises and local and provincial governments – are offered central support to develop regional infrastructure projects. These projects are usually negotiated on a bilateral basis with host countries, and adopt a diverse range of governance mechanisms suited to their particularly circumstances. Conversely, the AIIB is a formal multilateral development bank (MDB) with sixty-six members, with US $100 billion of subscribed capital. Like other MDBs, the AIIB makes loans to infrastructure projects under a coherent and transparent set of policy frameworks, with multilateral governance oversight over its loan activities. In essence, the BRI offers a Chinese-led bilateral model, while the AIIB is a regionally-led multilateral organisation. While both initiatives aim to close infrastructure gaps, they offer two different governance models to solve this common problem.

These Chinese initiatives have posed a dilemma for Australian government and businesses: how to balance opportunities against potential risks? On one hand, these are very welcome initiatives: financially, they promise to add hundreds of billion to the pool of capital available for infrastructure projects in Asia; politically, they signal China’s intention to work cooperatively with partners – via both bilateral and multilateral mechanisms – to solve a pressing regional development problem. Given the protectionist headwinds sweeping the global economy today, their positive impact should not be understated.

But on the other, there are also clear risks facing Australian participation:

Australia is not alone in facing this dilemma. Indeed, practically every country in Asia is currently having a policy debate about how to best engage with China’s new infrastructure initiatives. However, this debate has proven especially challenging in Australia, given the finely-calibrated nature of its diplomatic relations in the region. Viewing the initiatives as an economic opportunity but strategic risk, Australian policy has at times vacillated between engagement and withdrawal, and at others times been ‘half-in, half-out’.

This is not an outcome that will allow Australia to engage with these transformative initiatives, nor have an effective voice to shape their future development in ways compatible with its national interests. Given Australia’s profound economic, social and political enmeshment with Asia, government and business need strategies for how to engage with the transformations these Chinese connectivity efforts will produce. Australia would benefit from a clear, coherent and externally-communicable policy on participation in China-led infrastructure initiatives.

The AIIB as a governance guarantee for Chinese infrastructure projects

Importantly, the AIIB provides such a mechanism for Australian government and businesses. The AIIB can function as a ‘governance guarantee’ which reduces the risks facing regional infrastructure projects. This is due to the unique features which distinguish the AIIB from its BRI counterpart:

In these ways, the involvement of the AIIB in an infrastructure project offers a guarantee to involved parties that it will be subject to good governance, involve reliable partners, and is less likely to be a source of geopolitical risk. The AIIB thus provides an ideal mechanism for Australian actors, whether governmental or private sector, to confidently participate in China-backed infrastructure.

There are several steps Australia can take to leverage the AIIB in this way:

Indeed, the policy stakes are high. In recent years, efforts to transform connectivity in Asia have rapidly gathered pace. And for the first time in its history, China is taking the lead to help address a key problem for the region’s economic development and integration. This is a positive development, and one Australia cannot afford to sit out. Yet transformative infrastructure projects inherently face uncertainty and risk. Australian government and businesses need to find ways to participate in a manner that reflects the country’s commitment to transparency, good governance and a rules-based regional order. An AIIB-based infrastructure strategy provides the governance guarantees that make such Australian engagement possible.

This is a summary of Dr Wilson’s report Connecting the Asia-Pacific: Australian participation in China’s regional infrastructure initiatives, published by the Australia-China Relations Institute in June 2018. The report will be publicly launched in Perth tomorrow (Wednesday 15 August), more details here.

Dr Jeffrey Wilson is an academic, policy analyst and consultant with expertise in the international economic relations of the Asia-Pacific. He is a faculty member of the Asia Research Centre at Murdoch University, and is currently the Head of Research for the Perth USAsia Centre.