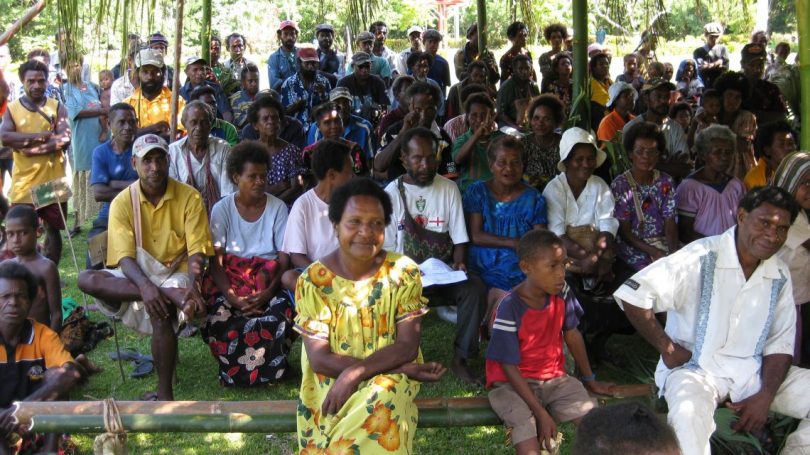 Some commentators have already dubbed the Bougainville referendum as Marape’s biggest challenge. Marape’s appointment followed what could have been a bizarre twist in the Bougainville-National Government relationship. Upon resigning from the position of Prime Minister, Peter O’Neill announced plans to hand over leadership to former Prime Minister, Sir Julius Chan, whom was forced to resign in 1997 on the back of a secret contract with private military consultancy, Sandline, in a bid to suppress the Bougainville conflict.

Various dimensions of the Bougainville conflict, like the ‘Sandline affair’, remain a sensitive topic in PNG. Southern Highlands Governor William Powi, for example, argues that matters relating to Bougainville are discussed too infrequently in the national parliament due to their sensitivity. Reconciliation between the national government, and its armed entities, and the people of Bougainville, and the Bougainville Revolutionary Army, is also incomplete. A national ceremony planned for 15 June and another involving former combatants were deferred as a result of the leadership change in Port Moresby. The newly appointed PNG Minister of Bougainville Affairs, Sir Puka Temu, argues that, ‘these ceremonies are vital to guarantee the security of the process and also reconcile and rebuild the relationship amongst all of us – our soldiers on this side and ex-combatants on the other side because that will then remove this cloud of suspicion’.

Early signs are that Marape will not relinquish Bougainville without effort. Upon being sworn in as Prime Minister, Marape declared his preference that Bougainville stay within PNG, while acknowledging the need to respect the choices of the people of Bougainville as they have ‘gone through a lot’. Marape has also responded with flexibility concerning the date of the referendum, following a request of the Bougainville Referendum Commission for an extension of possibly six weeks to ensure the integrity of the electoral roll.

The first issue relates to promised funding of PNGK20 million to the Bougainville Referendum Commission to prepare for and carry-out the referendum. Several days following the publication of Momis’ press statement, Acting Finance Minister, Richard Maru, announced that the national government funds have now been released.

The second matter concerns the regulations about the conduct of the referendum, which need to be made under the Organic Law on Peace-building in Bougainville. These rules relate, but are not limited to: eligibility; promotion of referendum; international observers; rolls of voters; enrolment; the polling. Momis argues that progress towards implementation of these rules, and other issues regarding the conduct of the referendum, are well behind schedule.

The third matter relates to funding of the ABG according to provisions contained in the Bougainville Peace Agreement, national Constitution and the Organic Law on Peace-building in Bougainville. Monies owing to the ABG by the National Government have been a particularly contentious issue in the Bougainville-PNG relationship in recent years, due to delayed payments, miscalculations, and accounting errors. Although the two governments agreed in 2017 to a repayment plan, the ABG remains uncertain as to whether PNG will be in a financial position to deliver on its promise.

The final matter highlighted by Momis concerns the next meeting of the Joint Supervisory Body (JSB) – a joint PNG-Bougainville institution that oversees the implementation of the Bougainville Peace Agreement. The agreement with the Peter O’Neill government was that the next JSB meeting would be held in early August in South Bougainville. Momis has heavily criticised the national government in the past for deferring JSB meetings and for failing to respect the role of the JSB.

A leadership change at the national level poses an additional challenge to the already complex task of preparing for, and conducting, the Bougainville referendum, as well as managing the post-referendum period. While the referendum may well represent Marape’s ‘biggest challenge’, it might also prove to be his biggest opportunity. That is, to revitalise the concept of the Bougainville Peace Agreement as a joint creation and to contribute to sustainable peace in Bougainville, regardless of the outcome.