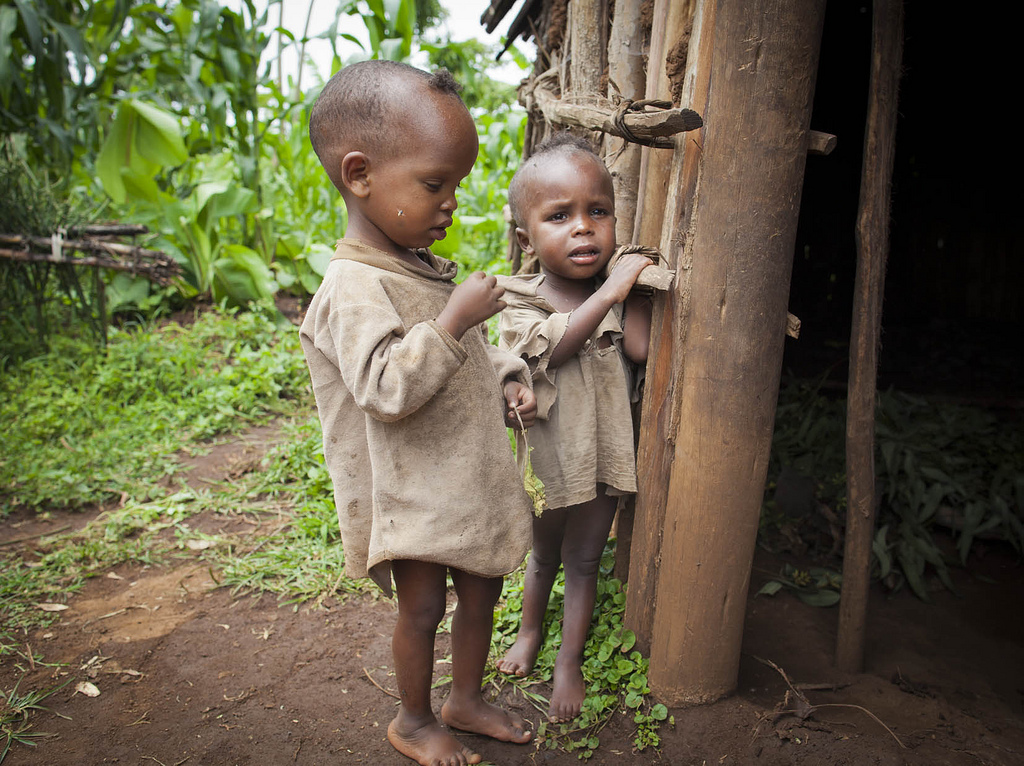 The saying goes “when tomorrow’s burden is added to the burden of today, the weight becomes more than anyone can bear”. This is precisely the situation the countries of South East Asia and the Pacific are facing today. They already have some of the highest undernutrition rates in the world and now they are having to deal with premature death, diabetes, hypertension and heart disease due to another variant of malnutrition caused by diets high in fat, sugar and salt—often associated with the consumption of highly processed foods.

Welcome to the double burden of malnutrition. It is a world where stunted infants can, within a short period of time, become overweight children. Where obese adults and stunted infants are part of the same nuclear family. Where money for expensive treatments for diseases like diabetes is diverted away from inexpensive measures to prevent stunting, such as breastfeeding promotion and micronutrient supplementation.

Unchecked, malnutrition will likely thwart economic ambitions. The countries of South East Asia and the Pacific are the first to have to deal with this problem in its most virulent form. Most other countries have had the time to deal with undernutrition before its twin, overnutrition, emerges. Not in this region. Indonesia, the regional power, is particularly worrying. Good economic growth, some successes in poverty reduction, yet stunting rates that are flatlining at very high levels, with high and increasing rates of overweight at the adult, and most worryingly, childhood levels. How on earth will Indonesia and the other countries in the region fulfil their economic aspirations? High quality longitudinal evidence confirms that the adult wage rates of young infants who were not stunted at 3 years of age was nearly 50% higher than those who were stunted. And these individuals were 33% less likely to live in poverty. That is just for undernutrition. Overnutrition costs are a time bomb waiting to happen. In the USA 1 in 5 health dollars is spent in treating diabetes. The USA has 22 million people suffering from diabetes, Indonesia has 7 million—imagine what the treatment costs will do to the Indonesian public health budget and the livelihoods of low income Indonesians. They are already crippling Pacific Island health budgets.

Regional leadership for a global good. The double burden–one sandbag filling up fast while the other is emptying at a trickle—has hit South East Asia and the Pacific first. Like a slow-moving never-ending typhoon, it will wreck human infrastructure. Here is a clear opportunity for Australia to be a leader in a regional effort to combat this juggernaut of a problem. Everyone else is hoping it will go away. Well, it won’t. But while the double burden may have landed in this region first, it will not stop here—other regions such as South Asia and Sub-Saharan Africa will feel its full force in five to 15 years. Leadership by the region will be a massive contribution to other parts of the global community. The world will beat a path to the region’s door for strategies and solutions.

A new age of international development and cooperation. A regional initiative to tackle the double burden would be a brilliant example of the new age of international development that we have talked about for so long. Gone would be the “us and them” mentality: you have the problems—we have the solutions. This is a burden carried by Australia too—diabetes, hypertension and heart disease are massive problems in the region’s richest nation. Dealing with it would be a collective effort, one of mutual self-interest. Gone would be the “just spend aid money on it” mentality: this is an issue that requires the full range of public policy instruments are brought to bear. The policy options are about refocusing, not about spending lots of new money. It is about plant breeders focusing on raising yields of fruits and vegetables; social safety nets that promote healthy eating; schools that teach students about healthy growth; community health workers that know about over- as well as under-nutrition and how they are linked; incentives for the private sector to further develop markets for inexpensive healthy foods; food labels that help rather than hinder consumers in exercising personal responsibility; and, finally, trade policies that leaves healthy foods out of the trade wars.

Leaders in hope. Australia has a real opportunity to be the leader of a visionary initiative that deals with the region’s burdens of today and tomorrow. It will have developed the innovative policies, together with the accompanying evidence base, that everyone outside the region will look to emulate. Most importantly, it will have given the rest of the world hope that there are answers to the double burden: hope for a healthier workforce; hope for a world in which countries can come together and solve problems that affect them all; and hope that the burdens of today and tomorrow can be borne at the same time. Together.

Lawrence Haddad is the Director of the Institute of Development Studies, Sussex. He is an economist and his main research interests are at the intersection of poverty, food insecurity and malnutrition.

Lawrence Haddad is the Director of the Institute of Development Studies, Sussex. He is an economist and his main research interests are at the intersection of poverty, food insecurity and malnutrition.