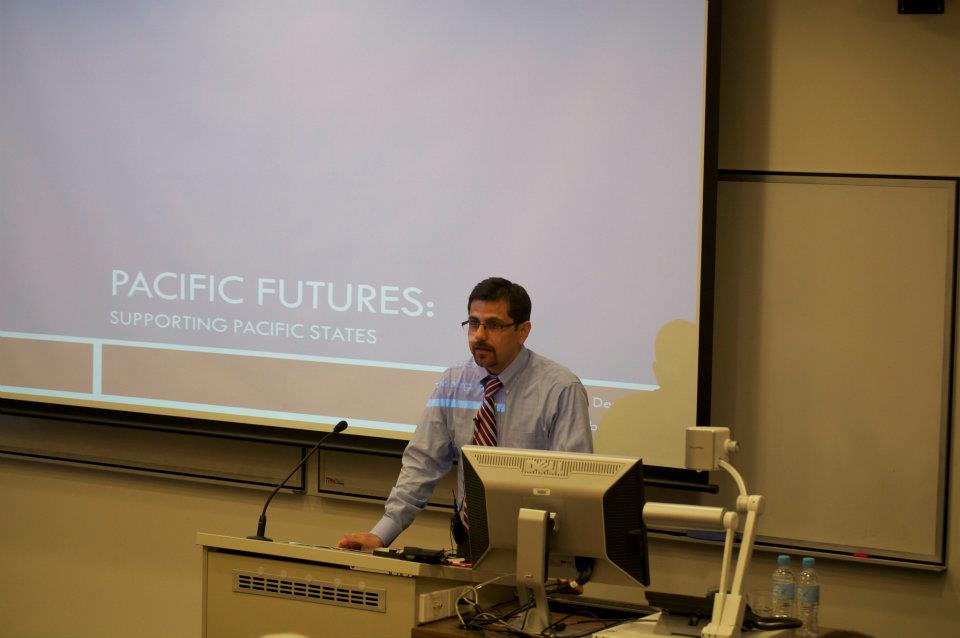 The World Bank draft Discussion Note ‘Pacific Futures’, July 2011 (available here), offers some new ideas based on the constraints imposed by the economic geography of the Pacific. However, what is missing from the analysis is any discussion of the impact of the past failure to use foreign aid productively on each country’s political and economic institutions. In particular, has aid dependence over many years shaped key institutions in recipient countries, giving the recommendations of the draft Discussion Note little chance of success?

The Discussion Note points out that foreign aid has had limited impact on the rate of economic growth and so calls for donors to move away from a narrow preoccupation with promoting economic growth and to focus aid instead on achieving better socio-economic outcomes. These are stated as:

Outcomes in health, education and employment, and the breadth of opportunities available to Pacific Island people – including those living outside of their home countries.

Despite the acknowledged limited impact of aid, the World Bank proposes that Pacific countries ‘leverage’ the high levels of aid that can be expected for the future based on historical ties and key strategic location. Specifically, the draft Note proposes that Pacific Island countries ‘mainstream aid’ by recognising its long-term role as a major source of funds for state budgets. Three ways are proposed to do this. First, donors should increase their use of country budget and purchasing systems to disperse aid. Second, recipient countries need to give the private sector a greater rôle in delivering aid-financed goods and services. And third, where key capacity gaps now exist, donors  provide ‘capacity support’ for the medium-term, rather than ‘short-term capacity building’.

However, the draft Discussion Note does not acknowledge the insidious effects on Pacific Island countries of a long-term dependence on aid. I have just visited the Federated States of Micronesia, country which has strong historic ties with the US (a former US trust territory) and a key strategic location for the US in relation to the US Territory of Guam and the build up of US forces there. The US has provided extensive aid since 1986 through the US Compact of Free Association, initially for the first fifteen years with conditions but since 2004 specific goals for the aid have been set.

However, as a FSM government economist notes [pdf], the long-term effect of this aid dependence has been “so dire that the economy is beyond the point of self-correction.” Despite the fact that the FSM citizens have open access to the US to work, there has been little evidence of a reverse flow of remittances. The ADB has commissioned studies of institutional barriers to policy reform in Marshall Islands (available here) and Kiribati (available here) which also show the damaging effects of aid dependence.

Samoa also is dependent on aid, and has good access to the New Zealand labour market and yet appears to be a counter example of less harmful effects on its economic institutions. However, over time its political institutions have become more exclusive. As Duncan and Hassall note in their chapter on ‘How pervasive are clientelist politics in the Pacific’ (available here, p. 274), Samoa is the most extreme example of the capture of government by a political process that has made it virtually a single party state. The political process is dominated by the traditional chiefs – the Matai who are at the centre of clientelist ties based on the Samoan extended family. This begs the question of what impact a closed political elite will have on how economic institutions operate and whose long-term interests they will serve.

As the recent book ‘Why Nations Fail’ by Daron Acemoglu and James Robinson emphasises, institutions are important and how they function depends on how political elites shape them.  Many Pacific countries have had a long-term dependence on aid and other resource rents which has distorted how their political and economic institutions now operate. A key starting point for any analysis of ‘Pacific Futures’ has to be whether these institutions now are capable of serving the common good or they are exclusive, serving the interests of a narrow elite.

The Note on Pacific Futures needs to provide answers to at least two questions. First, has the form that aid has been delivered in caused the deep-seated aid dependence? This seems to be the case with the US Compact which has a defence objective rather than a development focus. The USA has acknowledged this belatedly and is reducing the amount of funds available to 2023 by 10 per cent a year to ensure that recipient governments find alternative funding sources. However, the increased concern in the US about the military expansion of China may give the Federated States of Micronesia which already receives significant Chinese aid considerable bargaining power to have US aid extended in different forms.

The real test of AusAID’s Partnerships for Development with pacific countries is the setting of realistic performance outcome indicators and whether aid will be withdrawn if they are not met. Will Australia’s desire to be a dominant strategic power in the pacific override its concerns about the impact of aid. Will the temptation be too great in the face of Chinese efforts to win favour through less demanding conditions for aid.

The second question the Note on Pacific Futures needs to address is whether the effect of dependence on aid cannot be easily reversed. To what extent can the institutions of Pacific countries deliver inclusive outcomes?  What changes are needed for institutions to act more in the interests of the wider society and less in the interests of a closed elite?