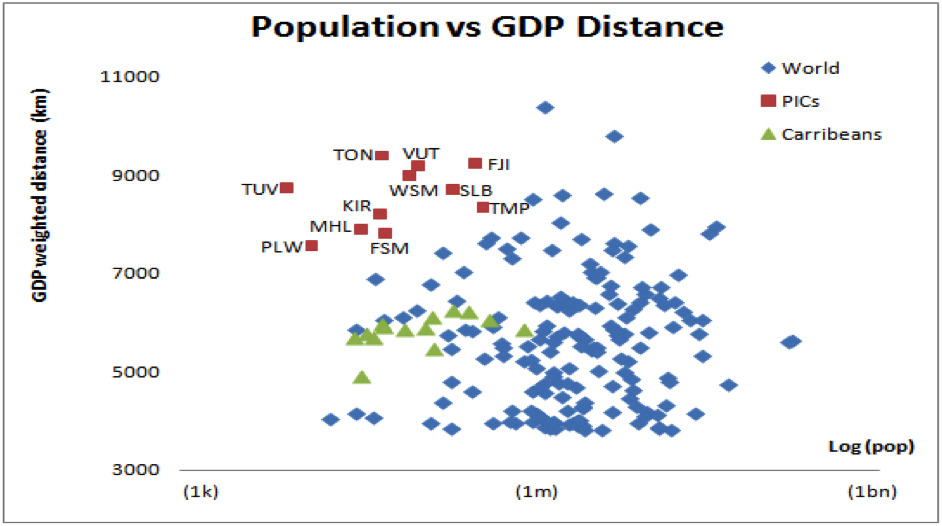 This year has seen the arrival in the region of a body called the ADBI – not well known in the Pacific, but this is essentially a dedicated research arm of the Asian Development Bank based out of Japan (the ‘I’ stands for Institute). Up until now its focus has mainly been on the Asian bit of the Asia Pacific, but this year they decided to offer their considerable research talents to the Pacific region.

Initially the ADBI seem to be looking to establish a framework for analysing long-term policy issues in the region – this culminated in a workshop this week in Suva under the banner Pacific 2030. Such a title usually results in sniggers from most islanders bored into extreme tedium by the numerous forward-looking plans in the region, but this exercise has turned out to be refreshingly different and surprisingly (at least to this observer) a little useful – probably more so for government and NGO practitioners in the region than donors who we all know already have the answers (only joking).

With these gatherings most long-term observers will know that the real benefit is in the meeting of people from across the region and the sharing of ideas. Ideally this would be sprinkled with some high-quality research, and whilst the workshop was mainly a brainstorming session, a couple of pieces of research are worth mentioning.

Whilst this piece of news may not be a surprise to those who live in the region, there are some analysts who in the past have sought to compare our region with the Caribbean. Perhaps because of the shared love of reggae and beautiful beaches on pristine islands – but it is nice to see clear evidence of the difference neatly explained. The following graph, which the World Bank put together, shows the “distance weighted GDP” of the region compared to the population. What this means is that once you factor in the combination of our geographic distance from major markets and our size, the Pacific really is unique – you can see how our nations in red basically occupy a totally different quadrant in the graph to the rest of the world. This suggests strongly that we do need economic policies that are tailored to our individual needs.

2)     With the exception of PNG and Fiji, it will be very difficult to base economic growth solely on the export of goods as the cost implications of remoteness are very high

The table below, from research done by economist Alan Winters, is interesting because it suggests that for very small and micro economies (with a population of less than 200,000) it is hard to ever be competitive if you also suffer from remoteness because the costs of production are simply too high. This means that the “neo-classical” economic theory of exporting your way out of development does not fully hold.

Clearly the Pacific island countries can still export to each other (as we are nearer to each other) and can also export services (migration and tourism) but this does have implications for the manufacturing sectors where it may be best to focus on producing goods for local markets. 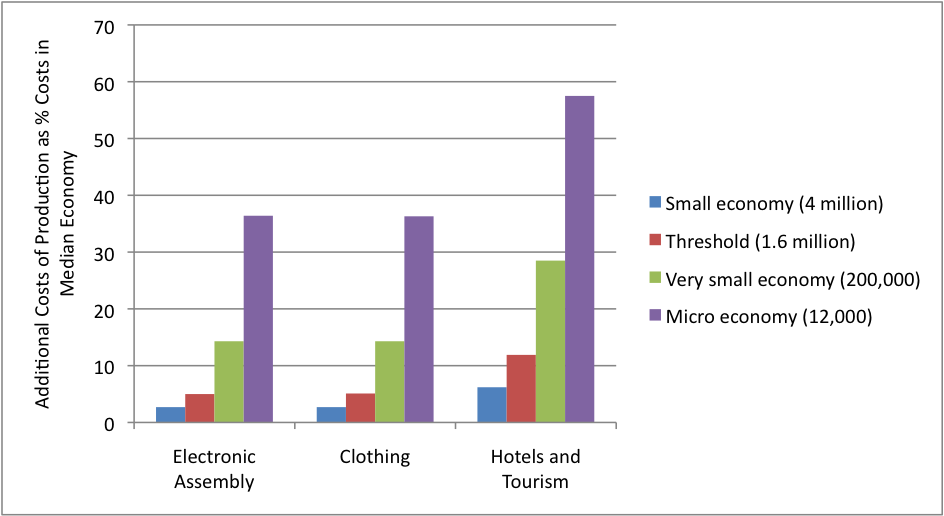 It would appear that — generally speaking — while fertility rates across the region are reaching a plateau, so are mortality rates. This means that in the past we saw more babies being born and also more people surviving into adulthood – as a result there was a “youth bulge” in the region. But fertility rates are falling and research from the University of the South Pacific shows that most Pacific countries are now in fact aging. Whilst there remains a lot of regional variation, the implications for some countries in terms of long term planning would be important. If this information could be combined with rural – urban migration data, the implications on social policy – such as future decisions on where to place schools or health facilities – could be quite profound.

All this shows the benefit of having fresh eyes and resources in the region in terms of research. The approach of the ADBI – namely to build on the existing network of researchers already based in the region and to lend to them their considerable expertise – is to be welcomed, especially in a region where getting funds and resources for local research is notoriously difficult.

Nikunj Soni is a Co-Founder and Chair of the Pacific Institute of Public Policy (PiPP). He has held a range of senior positions in the Pacific region and Timor-Leste.