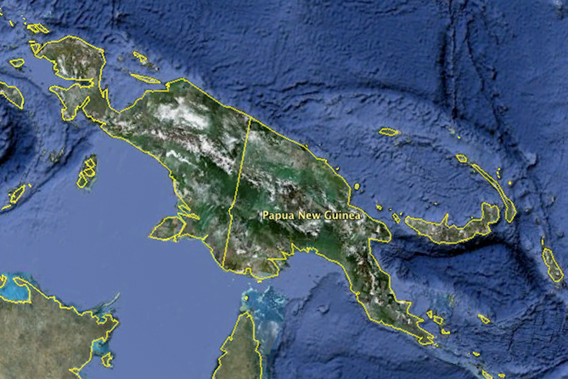 This is a guest post by Jeremy Hance from mongabay.com

In March 2011, 26 experts—biologists, social scientists, NGO staff—met to craft a statement calling on the Papua New Guinea government to stop granting Special Agricultural and Business Leases (SABLs). According to the group, these leases circumvent PNG’s strong community land rights laws and imperil some of the world’s most intact rainforests. To date, 5.6 million hectares (13.8 million acres) of forest have been leased under SABLs, an area larger than all of Costa Rica.

Titled ‘The Cairns Declaration’, the statement reads: “Papua New Guinea is among the most biologically and culturally diverse nations on Earth. [The country’s] remarkable diversity of cultural groups rely intimately on their traditional lands and forests in order to meet their needs for farming plots, forest goods, wild game, traditional and religious sites, and many other goods and services.”

According to the statement, all of this is threatened by the PNG government using SABLs to grant large sections of land without going through the proper channels. Already 2 million hectares (nearly 5 million acres) of the leased land has been slated for clearing by the aptly named ‘Forest Clearing Authorities’.

Daniel Ase, Executive Director of the Center for Environmental Law and Community Rights (CELCOR) in PNG, told the meeting that this was “massive land grabbing […] basically for large scale industrial logging,” adding that, “most of these areas are located in areas of high biodiversity.” 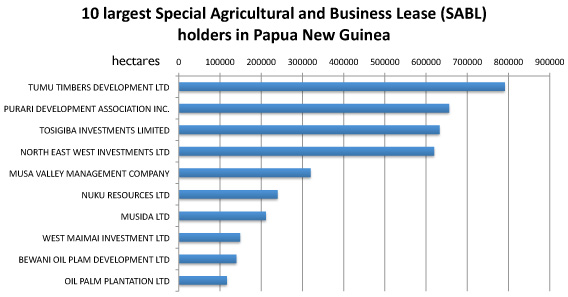 The SABLs undercut indigenous communities by handing land over to largely foreign and multinational corporations for leases that last 99 years, severing indigenous people from their land for generations. Last year, 2.6 million hectares (6.4 million acres) were granted under SABLs. Local communities have often not consented to the deals and in some cases weren’t notified.

Talking with mongabay.com, William Laurance, a leading conservation biologist with James Cook University, explained that, “virtually all of Papua New Guinea is owned by one communal group or another, and at least in theory these groups have to approve any development on their land. This is one of the key reasons for the SABLs—it’s a way for the government to carve off large chunks of land for major logging and other developments, and to greatly diminish the role of local communities.” According to Laurance, the revenue made from these deals is not aiding poverty alleviation efforts in Papua New Guinea, the profits are instead “mostly ending up in the hands of foreign corporations and political elites in Papua New Guinea.”

“For instance, local communities in Papua New Guinea are capturing only around $10 per cubic meter of kwila, one of their most valuable timbers, whereas the same raw timber fetches around $250 per cubic meter on delivery to China,” says Laurance, adding that, “many of the major socioeconomic indicators for Papua New Guinea have fallen in the past decade, indicating a decline in living standards even as the country is experiencing a huge resources boom.”

While this may seem contrary to expectations, it is a pattern that has been repeated in many poor countries with great wealth in natural resources. Known to economists as the ‘resources curse’, such nations see their natural resources exploited while receiving little to no economic gain. Instead, promised funds are lost to bad business deals, corrupt politicians, or ‘predatory’ foreign corporations.

The Cairns Declaration makes a similar point: “SABLs are a clear effort to circumvent prevailing efforts to reform the forestry industry in Papua New Guinea, which has long been plagued by allegations of mismanagement and corruption.”

Unlike much of Southeast Asia, it has long been thought that Papua New Guinea had avoided massive deforestation, thereby retaining one of the last great rainforests outside of the Congo and the Amazon. However, a 2009 study found that between 1972-2002, nearly a quarter of the country’s forests were lost or degraded by logging.

At the time of the study, the lead author, Dr. Phil Shearman, Director of the University of Papua New Guinea’s Remote Sensing Centre, said that, “Forests in Papua New Guinea are being logged repeatedly and wastefully with little regard for the environmental consequences and with at least the passive complicity of government authorities.” 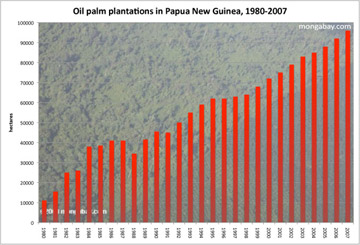 While logging for timber is the primary cause of forest loss in PNG, the palm oil industry is on the rise. Palm oil has become targeted by environmentalists for being, at least in part, responsible for the environmental crises facing Malaysia and Indonesia.

Laurance believes that it doesn’t have to continue this way. PNG could make in-roads against poverty while sustainably managing its forests. 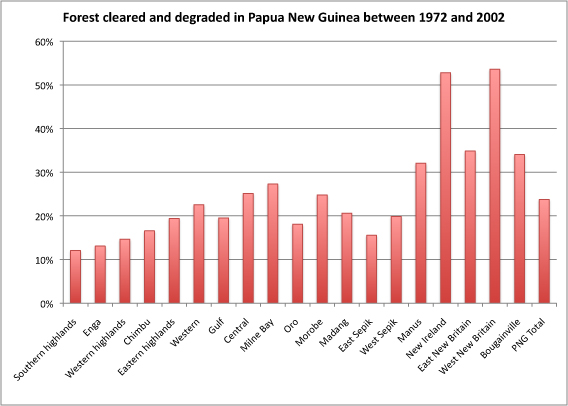 “First, the country needs to develop a much greater domestic wood-processing industry. That way they can capture more profit and employment from the exploitation of their forests. Right now Papua New Guinea has one of the lowest rates of wood processing of any country in the world. Second, the forests are being seriously over-harvested. They’ll soon exhaust their timber supplies if things keep going as they are now. They need to curtail harvests sharply and focus on developing a timber industry that’s oriented toward value-adding, rather than letting somebody else make the profit.”

The Cairns Declaration urges the government to place a moratorium on granting new SABLs and handing out approvals to clear forests. An independent review should then be conducted on the legality of the leases.

A version of this post was published first here on mongabay.com

Jeremy Hance is an author from mongabay.com