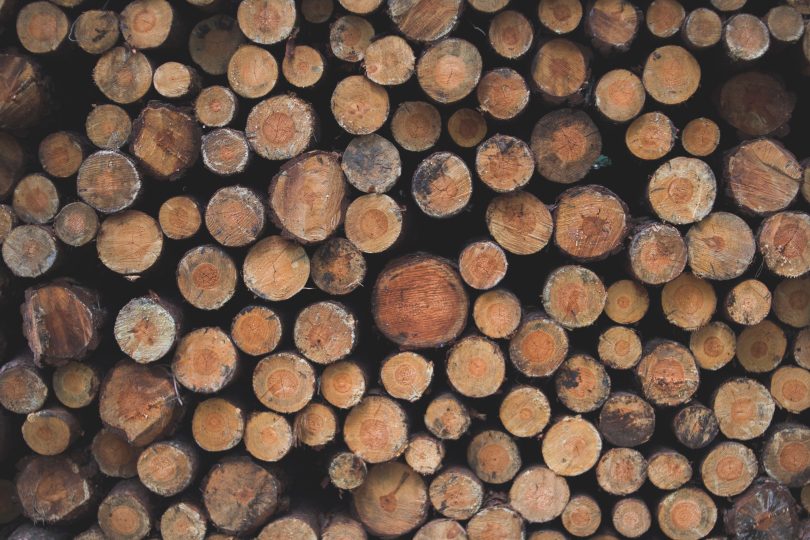 Prime Minister James Marape’s promise to stop all round log exports by 2025 is not an entirely new commitment. As I pointed out in my first blog, similar moves have been talked about since 1990, all unsuccessful. Recent patterns of round log exports must lead us to doubt whether the current government’s promise can be taken any more seriously.

This graph shows the volume of Papua New Guinea’s log exports (in cubic metres) from the five main types of concession since 2007. 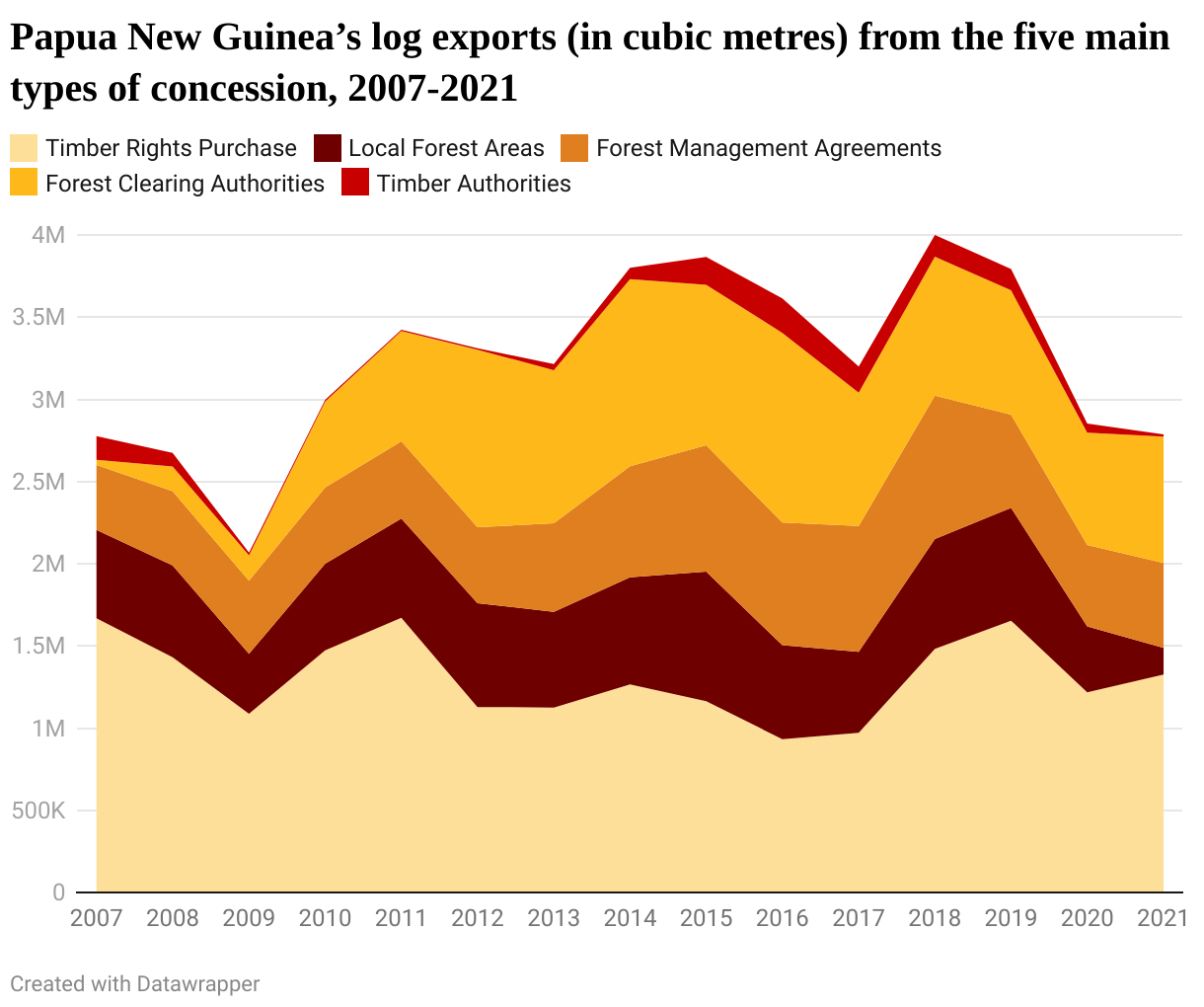 The first thing to notice is that the volume did go down after Marape became prime minister, but that was largely due to the effects of the pandemic, not to any of the government’s policy pronouncements. The SGS report for the first six months of this year suggests that the total volume in 2022 will be slightly higher than it was in 2020, though not as high as it was in 2019.

Under the terms of the 1991 Forestry Act, the majority of log exports, and most of the total log harvest, should now be coming from concessions based on Forest Management Agreements (FMAs), which are agreements whereby customary landowners transfer their timber harvesting rights to the state so that the state can pass them on to a logging company. FMAs are meant to be the centrepiece of a regime of “sustainable forest management” whereby native forests are subject to selective logging over a long period of time and the forests continually regenerate – which is why FMAs last for 50 years, and the concessions based on them normally last for 35 years. All the FMA concessions from which logs are currently being exported were granted between 1995 and 2010. If the government were now to impose a ban on round log exports from these concessions, or cancel the existing permits, the permit holders could well sue for breach of contract. It is not clear whether the government is prepared to take this course of action.

There are two reasons why FMA concessions account for less than 20 per cent of the total volume of log exports. The first is that a larger proportion of the total is currently derived from what are known as Forest Clearing Authorities (FCAs). There is no pretence of sustainable forest management in these concessions. They have mainly been granted for periods of up to 10 years to companies that propose to use the revenue from round log exports to finance the establishment of large-scale cash crop ventures on land that has been completely deforested. The permit holders have occasionally promised to construct sawmills or other processing facilities, but there is not much evidence of such promises being kept. Even the promise to plant cash crops has sometimes proven to be empty. Such concessions could well be exempted from future restrictions on log exports on the grounds that they contribute to the government’s rather ambitious plans for large-scale agricultural development.

The second reason why FMA concessions account for such a small proportion of current log exports is that more than half of these exports have been coming from old concessions that were granted before the current Forestry Act came into effect in 1992. These old concessions were either based on Timber Rights Purchase (TRP) agreements between landowners and the state, or were Local Forest Areas (LFAs) based on “private dealings” between landowner companies and logging companies that were given a stamp of approval by the Forests Minister. TRP agreements could last between 10 and 40 years, while LFAs were typically authorised to last for a maximum of 10 years.

Approximately two-thirds of the logs exported from TRP concessions between 2019 and 2021 came from concessions in which the TRP agreements had already expired. There is no provision in the current Forestry Act for such agreements to be renewed, so renewal of the timber permits that sit on top of these agreements appears to be illegal. That is certainly the view of the State Solicitor in advice provided to the National Forest Board in 2017. We do not know when these dodgy permits are due to expire, but their continual reactivation does not inspire much confidence in the Board’s preparedness to reduce the volume of log exports from this source.

The State Solicitor’s advice had nothing to say about LFA concessions. It might be argued that they could last forever if the landowners signal their consent and the minister grants his approval, but this would certainly violate the principle of sustainable forest management that is meant to inform the current legal and policy framework. The fact that the proportion of log exports from this source is currently in decline may not be due to government policy but simply reflect the exhaustion of the timber resource after more than three decades of exploitation.

As for Timber Authorities (TAs), the current Forestry Act makes it quite clear that these are meant to be licences for small-scale projects in which the timber is to be harvested and processed by the local operators of portable sawmills. However, a loophole in the Act has made it possible for foreign logging companies to harvest and export timber from some of these TA concessions if a case can be made that they are small-scale versions of FCA concessions. The graph above shows that this loophole was being exploited between 2014 and 2019. That window now seems to be closing but while the FCA window remains open, a new ban on log exports from TA concessions would have very little impact.

We will know more when amendments to the existing Forestry Act are tabled in parliament. The process of drafting them has been under a shroud of secrecy for many months, so we do not know whether they will strengthen the principles of sustainable forest management, provide new incentives for downstream processing, or simply make it harder for the logging companies to carry on with business as usual.

The most likely outcome based on the history of the sector – and the analysis presented in this blog and in my Devpol discussion paper – is that business will simply carry on as usual.

This is the second blog in a two-part series. Read the Devpolicy Discussion Paper, ‘Papua New Guinea’s forests back in the spotlight‘.