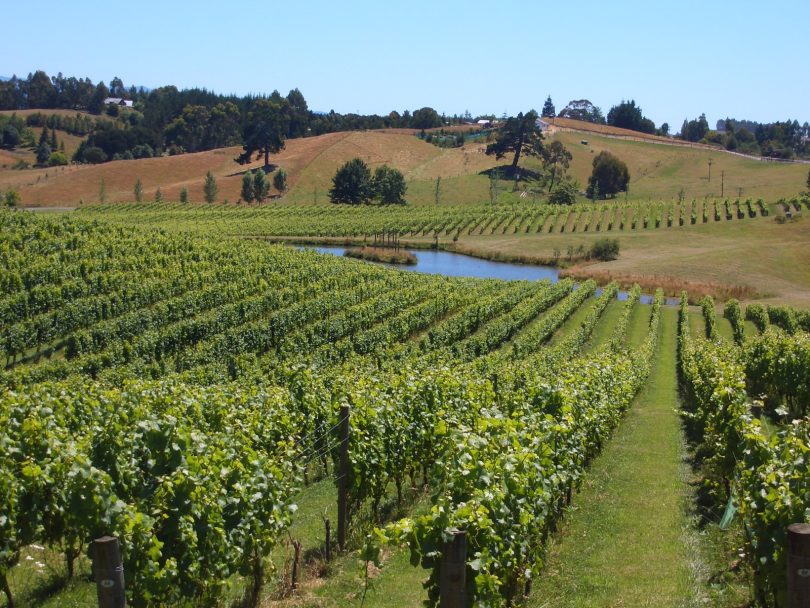 The annual Recognised Seasonal Employer (RSE) conference, this year held in Wellington under the banner ‘Voices of the Pacific’ (27-29 July), was likely the largest RSE conference to date. Over 400 attendees – including employers, industry groups, government officials, Pacific representatives, union delegates and a wide range of service providers connected to the scheme – came together to celebrate 15 years of the scheme’s operation.

As the horticulture sector (including wine) emerges from two years of operating in an environment that has been heavily disrupted by COVID-19 – with rising costs of production, travel restrictions reducing the two-way flows of seasonal labour, and logistics constraints impacting on the ability to export produce to offshore markets – this year’s conference focused on looking ahead. Expectations are high for the resumption of the regular, circular flows of Pacific seasonal labour which play a critical role in the productivity and growth of New Zealand’s vibrant horticulture industry.

Pacific voices were prominent at this year’s conference. Pacific country delegates, RSE liaison officers, and Pacific representatives of public and private sector agencies addressed the conference on some of the social and economic opportunities and costs of RSE participation for workers, their island-based families and communities. Workers’ voices, covering different aspects of employment and life in New Zealand, were also captured via a series of documentaries developed by the Pacific Cooperation Foundation.

The 2022 conference acknowledged the strong partnerships that have been fostered between New Zealand’s horticulture sector and participating Pacific countries over the past 15 years. At the very heart of these partnerships are the relationships between RSE employers and their workers – the two central players in the scheme who ultimately drive its success, and its reputation.

This year’s conference sought to shift the narrative away from a focus on the numbers of RSE workers needed each year to meet the industry’s seasonal labour demands (a discussion that is largely driven by the annual industry–government negotiations around the setting of the national RSE cap) to a focus on quality, especially in terms of RSE workers’ experiences and wellbeing while in New Zealand.

Industry leaders and employers spoke about their seasonal work environments, and their commitment to decent and transparent employment practices, including fair wages, deductions, and safe and healthy work and living environments. Union delegates and political party representatives also spoke, presenting a somewhat different view, as they voiced concerns about workers’ employment and living conditions.

Examples of bad practice were cited, including overcrowded, substandard accommodation and excessive wage deductions (for transport or for work-related clothing, for example). RSE workers’ inability to switch employers while on seasonal work contracts was also raised as a concern, with the leader of New Zealand’s ACT party subsequently criticising the scheme as akin to “indentured servitude”.

The emphasis on the quality of RSE workers’ experiences in New Zealand has taken on heightened significance in the weeks following the conference, in light of the negative portrayal of the RSE scheme by the New Zealand media.

A series of articles covering substandard RSE accommodation and alleged abuse of workers has been printed in the wake of New Zealand’s Equal Employment Opportunities Commissioner’s ‘incognito’ visit to Blenheim in July to investigate RSE workers’ conditions. TVNZ’s Sunday program subsequently aired (on 21 August) a critical segment on the RSE scheme, focusing largely on RSE worker accommodation standards, weekly rent charges and other wage deductions. The underlying narrative was of possible economic exploitation.

Industry representatives have been quick to respond to the criticisms, citing the significant damage these sorts of incidents, involving a small number of employers, cause to the credibility and reputation of the scheme as a whole.

The recent media coverage is disappointing. First, it fails to acknowledge the unforeseen pressures on RSE employers and their workers during the pandemic, with some workers stranded in New Zealand for nearly three years. Employers have had to find year-round work for their RSE employees in a sector dominated by seasonal labour demands, and to provide ongoing support, including suitable worker accommodation. To remain in full-time work, RSE workers have been shared widely among employers, requiring them to learn new seasonal tasks on different crops, and to adjust to diverse employment, living and pastoral care arrangements. Workers have had to live together, in fairly confined spaces, in RSE accommodation for much longer than the usual maximum of seven months – accommodation which is not designed for long-term occupancy.

Second, employer participation in the RSE scheme is well regulated, a fact the media regularly fails to acknowledge. Employers have to meet the requirements of the RSE policy and operational instructions, and the associated compliance checks, to attain, and retain, accredited RSE status (which includes auditing of RSE worker accommodation and wage deductions). Operating in a sector that is largely export-driven, horticultural enterprises must also be GLOBAL GAP certified. This entails regular auditing of on-farm practices, including workers’ health, safety and welfare.

Third, there is no mention of some of the positive, industry-led initiatives underway to further improve employment standards. New Zealand Ethical Employers (NZEE) is one such initiative. A voluntary member organisation, with a growing membership, NZEE aims to educate and support members to adopt ethical employment practices that adhere to the United Nations Guiding Principles on Business and Human Rights. This builds greater transparency and accountability into the supply chain, as producers can demonstrate their responsible social practices – a requirement when exporting to international markets that demand socially sustainable production.

Nevertheless, as the media coverage has shown, instances of poor employer behaviour still occur. Industry leaders acknowledge that the onus lies with industry to self-regulate, to work collectively to raise standards, and to have zero tolerance for those who repeatedly breach the rules. In doing so, industry continues to strive to achieve one of the RSE policy’s original aims: “to transform the horticulture and viticulture industries from low cost industries to industries based on quality, productivity, and high value through improved business practices”.

The government also has a role to play in improving RSE standards. The RSE policy review, which commenced in 2019 but largely stalled during the pandemic, is to recommence in early 2023. The recent media attention will likely sharpen the review’s focus on worker conditions, including RSE accommodation.

Employer participation in the RSE scheme is already well regulated; employers and industry groups won’t welcome a revamp of the policy that adds further bureaucratic red tape. However, there are areas of the RSE policy settings where more prescriptive guidelines could be implemented. This would help to remove any ambiguity around the policy wording and the ability for individual interpretation of the rules.

The RSE Impact Study – undertaken to inform the 2019 RSE policy review – identified two areas for further clarification and direction from MBIE (Ministry of Business, Innovation and Employment) which administers the scheme: (1) standards of RSE accommodation, including the facilities provided and the associated charges for weekly rent; and (2) acceptable employer practices and charges associated with workers’ transport, especially the costs related to the daily movement of workers between their accommodation and work sites.

Clearer guidelines on acceptable wage deductions, and how rates are determined by the Labour Inspectorate which monitors and enforces compliance with employment standards, including deductions, would help mitigate instances of poor practice and the potential for economic exploitation.

For RSE employers, extra support and education on RSE policy settings would be beneficial. There are three MBIE RSE relationship managers operating nationwide, who provide support to RSE employers and enable them to remain compliant with immigration policy and instructions. With 144 RSEs recruiting labour in 2021-22, of which 16 were in their first year of RSE accreditation, meaning they are new to the scheme, employing additional RSE relationship managers seems a worthy consideration.

The majority of RSE employers adhere to high standards; it is a very small minority who breach the rules, damaging the scheme’s reputation. The RSE policy review comes at an opportune time to reassess RSE arrangements and to tighten some of the standards. The scheme does not require a reinvention. However, some adjustments around worker conditions will help ensure the scheme delivers positive outcomes for RSE workers. This in turn will support a new narrative, one that is focused on quality – fair treatment by employers, quality experiences for workers and, ultimately, the delivery of a high-quality Pacific labour mobility scheme.