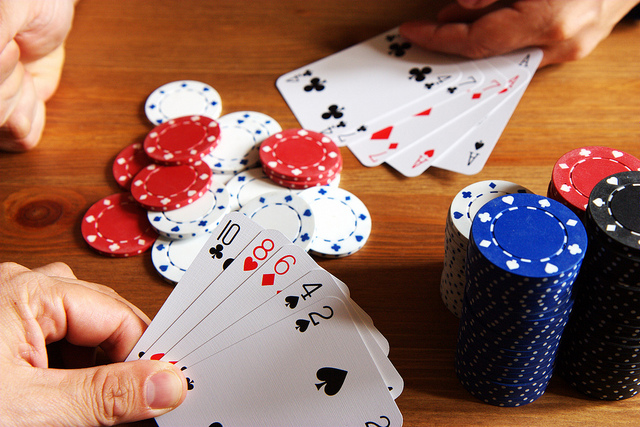 When Terence Wood bemoaned the lack of country and western songs about development in a recent post about the prospects for the SDGs, he overlooked one classic example. Forty years ago, The Gambler (via Kenny Rogers) imparted some sage advice which remains directly relevant to the SDG process:

For those more accustomed to digesting corporate-speak, you might prefer Richard Rumelt’s version of this truth:

Strategy involves focus and, therefore, choice. And choice means setting aside some goals in favor of others. When this hard work is not done, weak amorphous strategy is the result.

The SDGs are supposed to provide focus. They are meant to provide a strategy for achieving an overarching objective: to “free the human race from the tyranny of poverty and want and to heal and secure our planet for present and future generations.” Yet all the incentives driving the SDG process eschew making real choices. The kind of hard work Rumelt describes above is not getting done.

This is why I fear the SDGs will ultimately be doomed at take-off by the weight of unrealisable ambition and emerge as a Chimera; a momentarily impressive creature that ultimately won’t do much in the way of “survivin’” over the long term. It is why I think the Bumblebees – who believe the goals will ultimately overcome their apparent flaws and fly – are too optimistic. I’m not cheering for this outcome; Team Bumblebee is everybody’s favourite and I want to see them win too. But the smart money is on Team Chimera.

The core problem is that the SDG process to date has ultimately been driven by the question, “what should we include?” The political imperatives of a drawn out global consultation process mean that the answer to this question is, inevitably, “everything”.

The result is onerous; 169 proposed targets grouped into 17 goals. The current draft [pdf] of the outcome document for the UN Summit in September argues that the large number of goals and targets reflects “the scale and ambition of the new Agenda.” The problem is, as The Economist has pointed out, “a set of 169 commandments means, in practice, no priorities at all.” The outcome document from the Third International Conference on Financing for Development – The Addis Ababa Action Agenda [pdf] – is similarly bloated, running to over 18,000 words.

The MDGs have been criticised for leaving important things out. For instance, many have pointed out that they ignored sustainable development. Nonetheless, part of the reason the MDGs were effective was precisely because they left important things out. The story of the MDGs being drawn up in the basement of a UN office is now development folklore. Although there was considerable lead-up activity [pdf], the MDGs were drawn up via a relatively closed-door process. This environment, sheltered from politics and expectations, was conducive to choices being made. The point here is not to argue that the MDG-framers made perfect choices, but rather to emphasise that, when presented with the MDGs, states faced a relatively simple choice: sign up or not.

It is therefore no surprise that the menu has become unwieldy: it is far easier to aggregate goals on top of each other rather than evaluating between them (and potentially offending somebody). Yet in trying to be all things to all people in the short term, there’s a great risk the SDGs will be nothing to most in the long term. But why, exactly, is it problematic that our leaders appear unwilling or unable to make choices among competing priorities (a predicament Rumelt warns inevitably leads to ‘bad strategy’)? There are at least four reasons.

First, it results in weaker arguments. Rumelt again: “if one has a policy of resolving conflict by adopting all the options on the table, there will be no incentive for anyone to develop and sharpen their arguments in the first place.”

Second, it breeds incoherence. As goals are aggregated, at some point they become inconsistent with each other. Each additional goal cannot be pursued in isolation. The choice to pursue one goal inevitably impinges, to a greater or lesser degree, on the possibility and prospects of pursuing or achieving another. The development process inevitably entails grappling with trade-offs.

Third, as Charles Kenny recalls, “the power of the original MDGs to motivate was in their simplicity and clarity.” The MDGs were a marketing tool, a “global brand”, but the complexity of the SDGs mitigates against the likelihood of them being able to be used effectively in this way.

My harping on about ‘making hard choices’ might cause some to retort that I have ignored the normative, aspirational value of the SDGs. They might argue there is intrinsic worth simply in articulating what we want the world to look like, and add that the SDGs are not designed as a strategy document or ‘to-do’ list. To this point, Simon Maxwell has cautioned that Paragraph 19 of the zero draft “makes the global SDGs aspirational, a guiding normative framework rather than a foundation of action.”

Aspirational declarations, or ‘stretch targets’, are entirely necessary, yet need to be carefully calibrated. Problems emerge when the gap between ambition and reality grows too large. At this point, initiatives become utopian. This is what the SDGs have become. They imply we can have everything; history and common sense tells us this is impossible.

The biggest drawback of acquiescing to the ‘we can have everything’ fallacy is that it results in a sense of naiveté pervading the goals. They feel too much like a child-like list of all the things we want. Affixing a price tag of seven trillion dollars to the list only adds more currency to claims that the SDGs are plagued by runaway idealism.

At some point in the SDG process, instead of asking “what should we include?” the key question needed to become, “what must we leave out?” The Gambler would say that the secret to the SDGs surviving is “knowin’ what to throw away”.

That reminds me. There’s another country and western song about development. Terence says he’s ready to have his heart broken. Instead, he should consider another nugget of Kenny Rogers’ wisdom: don’t fall in love with a dreamer.

Benjamin Day (Twitter: @benjaminsday) is a Research Associate at the Development Policy Centre and a PhD Candidate in the Coral Bell School of Asia Pacific Affairs at ANU.