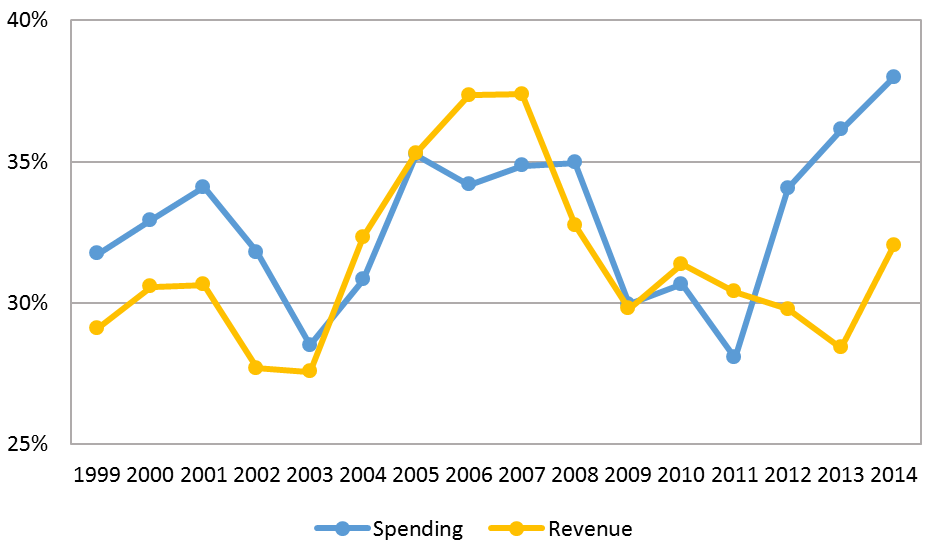 Like many countries, PNG divides its budget into two: the development budget, and the recurrent budget. The recurrent budget is, as the name suggests, to cover the recurring costs of government – the salaries of teachers and health workers, for example, and maintenance, as well as back-office administrative costs. The development budget is for projects – from infrastructure investments to MP constituency funds to donor aid projects.

The 2014 budget was presented in a more integrated way – that is, with less emphasis on this division between development and recurrent – but it still had a development budget or “Public Investment Program”, presented in the budget’s Volume 3. For some time, PNG has had a strategy of expanding the development budget. In the boom years around 2007 and again in 2014, it has reached about 50% of total spending.

Ratio of development to total spending in PNG 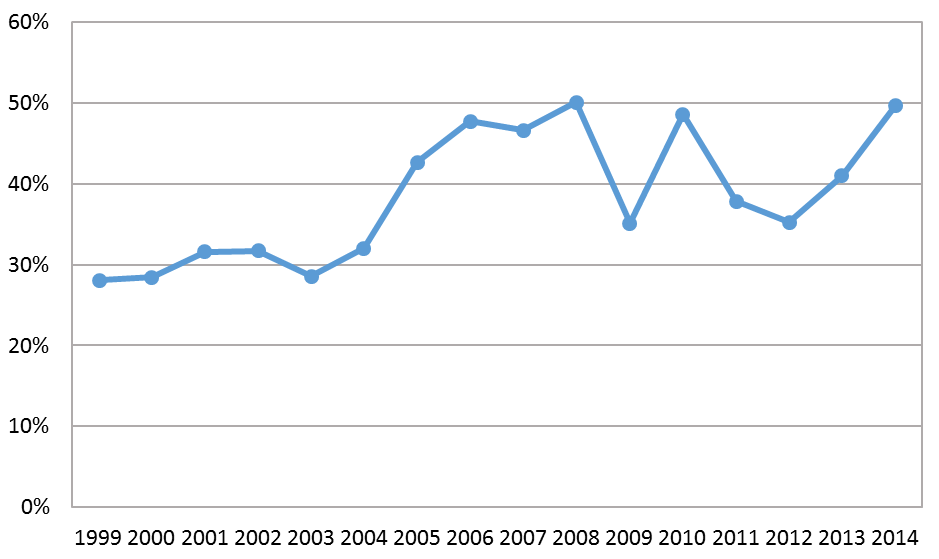 This makes PNG’s development budget one of the biggest in the world (as a share of total spending). This graphs shows a comparison with the countries we have data for. 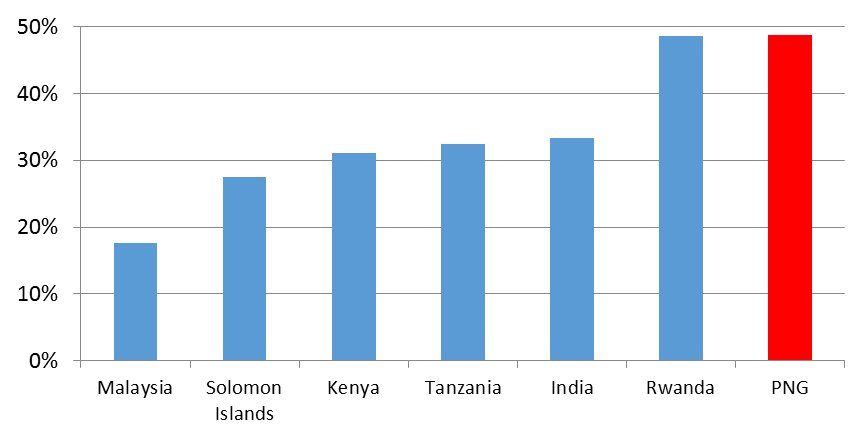 Since 1999, the recurrent budget has grown, on average, by 3.5% a year after inflation. That is little more than the growth in the population. The development budget, by contrast, has grown at a real rate of 9.9% a year.

In the current year’s budget, this imbalance was taken to an extreme. Comparing 2014 budget figures with 2013 actuals, the development budget is meant to grow 37% after inflation (more than K2 billion in 2014 prices), whereas the recurrent budget is actually cut by 4% (K 300 million) after inflation is taken into account. The graph below shows the extreme preference given to the development budget in the 2014 budget. 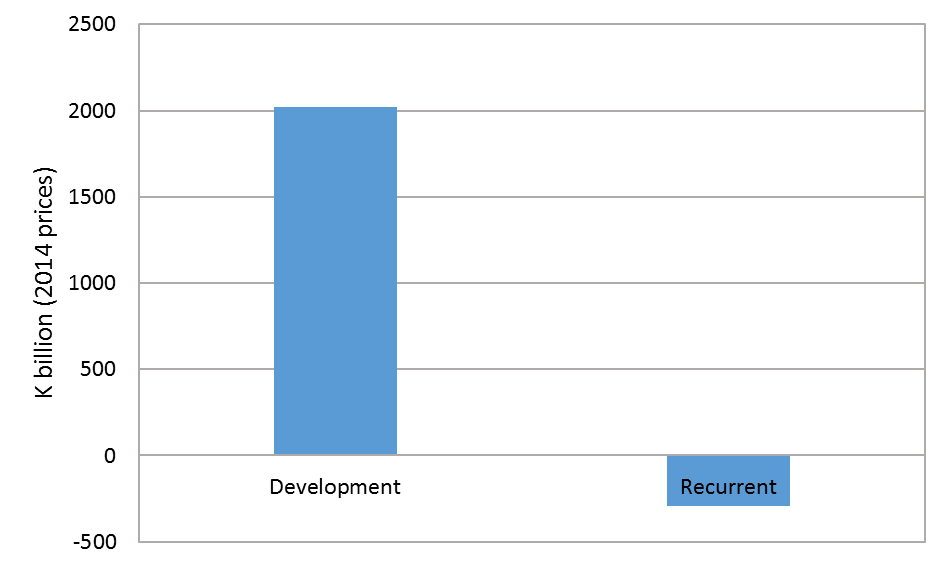 The other problem with such a large and rapidly increasing development budget is that it is impossible to spend. The development budget was meant to increase by about a half in 2013, but in the end it increased by “only” one third. Increasing allocations beyond spending capacity leaves large scope for reshuffling of funds to less urgent priorities, and, ultimately, for corruption.

A second challenge for the 2015 budget is that of deficit reduction. PNG’s deficit has increased rapidly in the last few years. Revenue is around its 15 year average of about 31% of GDP, but expenditure is up at 38%, the highest it has been in the last 15 years, and 6 percentage points above the average over the period since. The graph shows the increasing divergence in PNG between spending and revenue.

This can’t be sustained. High deficits for a few years wouldn’t be a problem if revenues were about to take off because of the LNG project. But they are not. Since 2012, the PNG Treasury has been telling us that the LNG project will only be replacing other declining sources of revenue, and that total mineral revenue will remain flat as a percentage of GDP. And that was before the Oil Search loan, which will consume a large chunk of LNG dividends early on.

So the deficit needs to fall, and quickly. The 2014 budget said that the deficit would fall from 6.6% of GDP in 2014 to 2.4% in 2015. But the plan to achieve this involved no increase in spending, and so a significant reduction once inflation is taken into account. That doesn’t sound realistic. Since 2010, the budget has grown by more than 5% a year after inflation and normally by more than 10%.

Will the budget put the brakes on spending? Or will we see another large deficit? Clearly, there will have to be some hard choices made in the 2015 budget. The axe will need to fall on some areas of spending. Given the need for rebalancing, savings should be looked for first in the development budget.

Notes to figures: 1999 to 2013 figures are actuals. 2014 are budget figures. Development spending for 2005 to 2008 and 2012 includes amounts spent through supplementary budgets and trust funds due to extraordinarily high levels of revenue. PNG figures are from budget documents. Development budget shares for countries other than PNG are obtained from national budget documents.

Professor Stephen Howes is Director of the Development Policy Centre at ANU, and Ron Sofe is a Research Fellow at the National Research Institute. If you are interested in the PNG budget, see also Paul Flanagan’s recent post on criteria by which it should be judged.

Ronald Sofe is a Research Fellow at the National Research Institue in PNG. In 2014 he worked at the Development Policy Centre as one of the awardees of the 2014 Australian Prime Minister’s Pacific Program. He completed his Masters of International & Development Economics at Crawford School of Public Policy, ANU.