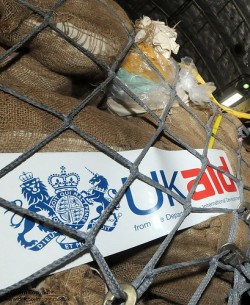 In addition to committing to increase aid to 0.7 percent of GNI by 2013, the Coalition government in the UK has also introduced a raft of reforms to make aid more effective in reducing poverty.

Many of these were influenced by research and analysis from the Centre for Global Development and focus on measures to improve transparency and value for money. Here’s a ten point plan of what DFID is doing.

Enshrine in law the 0.7 per cent of GNI target for aid

All three major parties in the UK have agreed that the UK should increase aid to 0.7 per cent of GNI by 2013, despite mounting debts and a grim fiscal position. In order to provide certainty and to protect the aid budget the Coalition government has announced that the target will be enshrined in law.

The Independent Commission for Aid Impact (ICAI) is a major new initiative to scrutinise all UK development spending and ensure value for money from the UK aid budget. The ICAI will be led by a Chief Commissioner supported by a Board of three Commissioners. It will report directly to Parliament and have entire autonomy over its workplan.

Review aid portfolio to focus on programs with a proven impact

One of the first steps that the Coalition government took was to commission three aid reviews.

The three reviews are expected to be completed in February/March 2011.

DFID is changing the way it designs aid programmes so that evaluation is ‘embedded’ in programs at all stages of the project cycle.  This means clear assessments of the evidence for what does or doesn’t work in the initial stages of program design, collection of baseline data and effective evaluation over the life of the program and beyond.

DFID, in partnership with 3ie and AusAID, is also undertaking systematic reviews of evidence on the effectiveness of a range of policy interventions (e.g. use of referral services to reduce maternal mortality) in order to feed this back into better program design.

Better systems to reorientate DFID’s programs to focus on results

In addition to the reviews, DFID has introduced new project design, appraisal, and monitoring templates to ensure greater focus on results, risks and value for money.

DFID’s infamous ‘Blue Book’ is being revised and updated to make project design and implementation even more rigorous. The aim is to make sure that projects are based on sound theories of change and logical frameworks, that economic appraisals consider different options for achieving results, and robust logical frameworks are put in place to guide monitoring and evaluation.

The UK Government is introducing a new ‘Aid Transparency Guarantee’, which will make aid fully transparent to citizens in both the UK and recipient countries.

Aid transparency is critical to improving the effectiveness and value for money of aid. Making information about aid spending easier to access, use and understand means that UK taxpayers and citizens in poor countries can more easily hold DFID and recipient governments to account for using aid money wisely. Transparency also creates better feedback from beneficiaries to donors and taxpayers, and helps us better understand what works and what doesn’t. It also helps reduce waste and the opportunities for fraud and corruption.

As part of the guarantee, DFID will begin to publish full information on all new DFID projects over £500 from January 2011 and will agree the full International Aid Transparency Standard by which signatories will publish aid information internationally.

The idea, as originally mooted, was to set up a £40 million MyAid fund and a website with details of 10 ongoing DfID-funded projects. People would be able to vote for the most deserving and the money would be allocated in proportion to the way the votes were cast. DFID is working on the details of the new mechanism and will launch it later this year.

DFID plans to test the concept of Cash on Delivery aid that has been mooted by the influential Washington-based Center for Global Development.

The principle is simple. A group of donors makes a binding promise to provide money when a developing country makes progress towards agreed results. With Cash on Delivery, developing countries can choose which investments will move them forward most quickly. DFID says that it will be  evidence-based, and sensitive to the specific needs and attributes of different countries. By testing new approaches carefully through a selected number of pilots DFID plans to make an informed decision about whether, how and where it can roll them out more widely.

DFID is developing formal guidance to all DFID country offices on scaling up participatory budgeting, cash transfers, and other measures, which expand choice and empowerment to citizens in developing countries.

DFID is designing a new £120 million Poverty Impact Fund to support innovative and effective civil society organisations. It will be demand-led fund with projects focused on service delivery in support of poverty reduction and achieving the most off-track MDGs. Projects will be selected on the basis of demonstrable impact on poverty, clarity of outcomes and value for money.

Matthew Morris is the Deputy Director of the Development Policy Centre at the Crawford School, ANU.

Editors note: this article is based on publicly available information drawn from the DFID website.