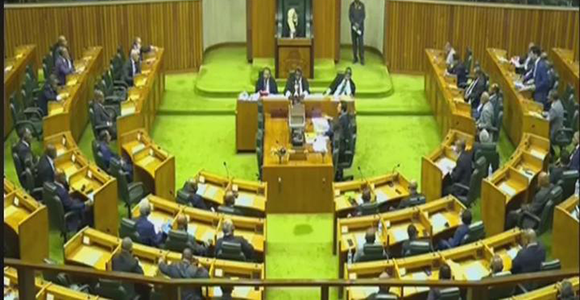 The key problem facing PNG in formulating a response to COVID-19 has been well explained by the country’s Treasurer. PNG’s government went into 2020 planning the biggest deficit it has ever run, some K4.6 billion in net borrowing. Now, with COVID-19, it faces a revenue hole estimated at K2 billion. Simply to fill that gap the government would need to undertake net borrowing of K6.6 billion, a Herculean task for a country with a small financial sector and limited access to international capital markets. (The previous highest net borrowing by the PNG government was K4.2 billion in 2018.)

No wonder the PNG government has shaped its strategy accordingly, with only been modest promises in terms of new spending (K500 million) and the targeted subsidies and direct cash transfers seen in the policy response of other countries conspicuous by their absence. Instead, the PNG government’s emphasis has sensibly been on what the private sector can do (especially the banks and super funds), and how the Central Bank can play a supportive role.

All that said, there is no escaping the budget. The biggest ask the Treasurer is making of his country’s central bank and private sector is precisely to lend the government money. The Treasurer has announced as part of the government’s stimulus package that he is looking to raise domestic debt of K2.5 billion and international borrowing of K1.5 billion to make up revenue shortfalls to support existing expenditure commitments and to fund an additional K0.5 billion of additional expenditure.

It’s a sensible strategy, but one that comes with four significant risks.

The first is whether PNG’s financial institutions, which are already the largest holder of PNG government debt (75% of the total), have the risk appetite to fully take up the new treasury bonds. It is unclear in fact whether the K2.5 billion is new borrowing. The budget assumes some K2.1 billion issuance of treasury bonds. But that doesn’t mean that successful issuance of the bonds will be easy. In the last two years, only K1.0 billion and K0.6 billion in treasury bonds were issued.

As attractive as PNG’s treasury bond yield could be, financial institutions may hoard liquidity in response to increased future uncertainty, especially given the illiquidity of PNG government securities (that are not traded) and that many of these institutions are at or near their maximum exposure levels.

This is where BPNG has a critical role to play. It has announced a program of quantitative easing (QE), whereby for a three-month period it will repurchase government securities from existing holders of these instruments. The idea is that by so doing, BPNG will increase the willingness and ability of these same financial institutions to buy the new government bonds. It is also not beyond the realm of possibility that BPNG will step in to purchase any unsubscribed bonds directly from the primary market.

This leads to the second risk. Economists worry that policies such as QE or direct central bank purchases of government bonds are equivalent to printing money and will lead to inflation. On the other hand, many other countries have been implementing QE for a long time, and inflation has stayed low. It is hard to see inflation taking off in PNG given the depressed state of the economy. One can worry about precedents, but these are exceptional times. A related and perhaps more serious risk is either a depletion of foreign exchange reserves or tightening of foreign currency rationing, as much of the borrowing will end up being used on imports.

The third risk is on the international side. PNG’s 2020 budget assumed K6.1 billion in new (gross) external borrowings. Presumably, the K1.5 billion of international funding is in addition to that (to fill the revenue hole). Securing all that debt from official creditors will be a mountain to climb.

The fourth and final risk is that that even with all this borrowing, the government response to COVID-19 will be inadequate. The government has so far announced only new fiscal spending of K500 million. Even with the private sector measures announced, this is hardly adequate. For a country of 8 million people it is only about K63 per person.

Greater attention needs to be given to expenditure restructuring. On March 11, the Treasurer announced that “economic ministers will begin examining options for cutting the budget.” What existing expenditures can be reallocated to support those in real need? The Prime Minister has just announced that he will be taking a voluntary pay cut. Is this something that will be applied across the board? Will MPs at last agree to cuts in their discretionary spending? Can interest payments or capital expenditures be postponed? These questions need to be answered as quickly as possible, and presumably will be through a supplementary budget.

It cannot be business as usual on the spending side in PNG. Given borrowing constraints, cuts in non-priority areas will be critical for freeing up funds to respond to the very real economic suffering that COVID-19 is already causing.

Note: This week, after the completion of this article, the first tranche of K1 billion in treasury bonds was offered to the market, and was slightly oversubscribed.  This post is part of the #COVID-19 and the Pacific series.