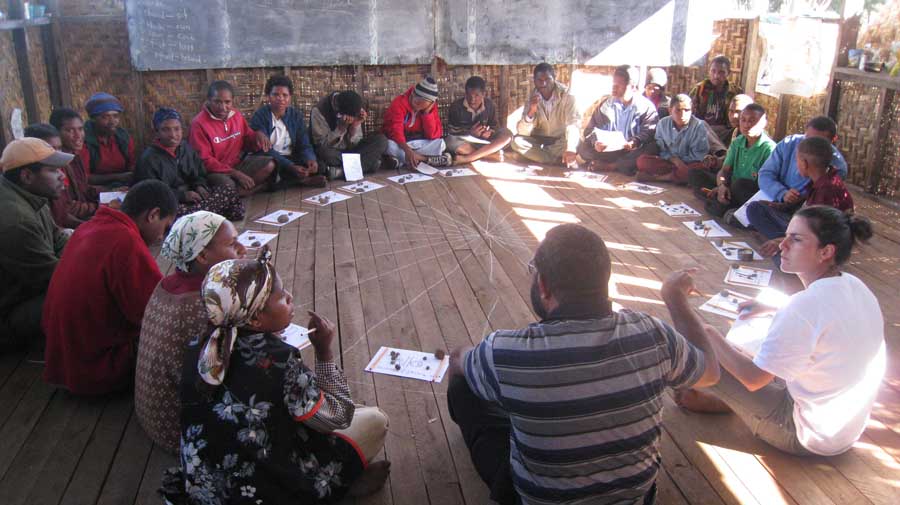 In his insightful blog post of January 24 this year, which provoked a lively on-line discussion, Graham Teskey, AusAID’s principal governance adviser, asked the question: What can donors do to improve governance in PNG? His basic argument was that it had to be something different. What had been tried to date hadn’t worked. Graham had several suggestions for what a new approach might look like, including working with non-state partners, building local capacity, and providing conditional grants into MP constituency funds.

Ultimately, governance in PNG is a matter for PNG itself. But donors can play a useful role at the margin. I agree with Graham that it is time to try something new. I also agree with him that working with non-state partners is important. I have long advocated that the aid program should work more with the churches who provide about half of PNG’s health and education services. I’m not so convinced that giving additional funding to MPs is such a good idea. They will struggle to spend all the funds they already have.

I want to put two ideas for new directions on the table. They are not new from a global perspective, but a lot more use could be made of them in PNG.

The first is transparency. I was struck by the speech given by Finance Minister James Marape in the Devpolicy-NRI budget forum in February of this year. The Minister spoke about all the new funding going to MPs and the steps the government was taking to ensure probity in spending. The focus of the Minister was on centralized procedures: plans had to be submitted, funds had to be acquitted, audits would be undertaken, and so on. Missing from his list of measures was the use of transparency as a tool to promote effective spending. What about requiring that all MPs publish their annual plans, perhaps on a central government website, and on notice boards in their constituency? What about requiring that every MP also have to publish an annual report of their spending? It couldn’t harm, and it might help.

It is not only in relation to MP funds that a bit more transparency might come in handy. PNG actually has a rich data base on its key services. The Government retains data on how many kids each health centre immunizes, what the condition is of nearly all of its roads, and what the test scores are of its school children. Most though not all of this data is collected centrally. None of it is made public, at least not regularly, and not in a timely disaggregated manner.

While decisions about data release are for governments, they are certainly ones AusAID could influence. AusAID is a key funder of both the road quality and the health centre performance data bases. Recently, AusAID started co-funding with the PNG Government the payments it now makes to schools in lieu for the revenue schools lost from the abolition of school fees under the Government’s free education policy. AusAID could have made its funds conditional on each school being required to put on a noticeboard when it received their funds, and what it planned to do with them, and then what it did do with them. Unfortunately, no such policy has been put in place.

The other strategy worth considering is social mobilization. Many are now familiar with the Uganda experiment, under which, in 25 communities, NGOs organized meetings of residents and health care providers about the quality of care in public clinics. Monitoring of health services was undertaken both in these villages and in others where nothing happened. In the former group, immunization rates went up and child mortality rates went down.

Social mobilization is not guaranteed to succeed. Another similar experiment in relation to schools in India failed. But it would be worth trying in PNG. AusAID actually promoted such an approach in its PNG Basic Education Project (BEDP) which ran from 2004 to 2010. Unfortunately, an end-of-project review of BEDP has never been published. Some who remember the project speak well of it. Perhaps it is worth trying to resurrect, at least on a pilot basis, the underlying idea of mobilizing communities to take greater responsibility for service provision, part of which will mean becoming more demanding of service providers.

These are not terribly innovative nor radical ideas. They might or might not make a difference. But what Graham Teskey says is right: we should be on the lookout for new ideas to improve governance and service delivery in PNG. Transparency and social mobilization are two strategies worth trying. Both the PNG Government and AusAID could do more in these areas.