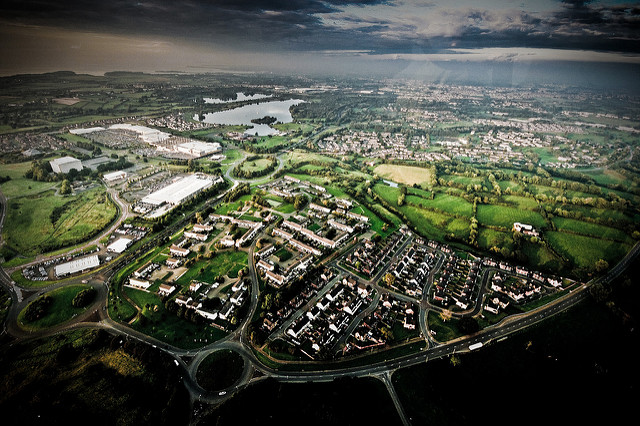 Migration is driven by the desire for a better life. The movement of people from their place of origin is often influenced by diverse factors such as poverty, war or conflict, but also the desire for better education or experiencing other cultures. Migration for work is a phenomenon that is increasingly engaged as a strategy for development, both sponsored by governments to create remittance streams and as an option taken up by families for improving their economic status.

In Timor-Leste, it has been the minimal opportunities for work domestically that has driven Timorese to export their labour to wealthier nations. Thousands of Timorese workers have trodden a well-travelled path to join friends or family in the UK, with an estimated 16-19,000 Timorese currently resident there. This is possible because when Timor-Leste became independent on 20 May 2002, its former coloniser, Portugal, granted citizenship to all East Timorese born prior to that date. With it came the right to work across the European Union (EU). This blog summarises findings from interviews with 19 Timorese migrants who have worked in the UK about their motivations, experiences, and relationships with their home and host communities.

In the UK most Timorese work in low skilled roles in spite of many of them having tertiary qualifications. Many live and work in a largely Timorese social context isolated from the broader community and speak minimal English. Once in work they may feel obliged to continue working to send remittances to their families at home over many years, in spite of wanting to return home. There is no accurate data on the remittance flows, but data suggests about US$6 million a year is received through the money transfer agencies, the major mechanism used by Timorese to send money home. This contributes to the daily needs of their families, the education of extended family members, house construction and establishing family businesses.

A major source of employment for Timorese in the UK is the Moy Park chicken factories and other meat works in Northern Ireland; an estimated 800 of the 1800 workers in the Dungannon chicken factory in Moy Park are Timorese, as well as 200 of 600 workers in Dungannon Meats and more in the Moy Park factory in Craigavon. Few have learned English well, and they continue in marginal positions as temporary migrant workers on the factory production lines without being upgraded to supervisory roles, in spite of workers having been there for up to 14 years. On the other hand, Eastern European migrants have strived to take up roles as supervisors, even though they are more recent arrivals, and it was only with these that Timorese spoke of unfair or corrupt practises in the workplace.

A number of individuals have worked hard to resolve problems that reflect badly on the Timorese community, and actively engage in working to reduce negative perceptions of their fellow Timorese in the host community. They have good English skills and have English friends, gaining a broader sense of achievement and pride from their UK experiences, such that money to support their family was not their sole motivation. Some played critical leadership roles in the Timorese community, guiding others to understand the society in which they live, and engaging with social services on their behalf. As a consequence of the work skills that they acquired in the UK, some of these workers developed valuable work skills to bring back to Timor-Leste: the western work culture, keeping to time and meeting targets and, importantly, the social skills to mediate relationships with other people from different social contexts.

Among those who have returned to Timor-Leste there is an overwhelming sense of having achieved a better place or status in life than they had before they went to the UK. That is because the money they earned in the UK enabled them to improve their conditions in Timor-Leste, either through starting or improving a business, or by earning the cash required to get married and/or build a house. Not only did this improve their family’s economic circumstances but often increased their status in the community as well. Those that have become fluent in English and achieved a greater understanding of western workplace culture have an advantage in obtaining higher paid work in offices with international links when they return home.

A number of families have chosen to bring up their families in the UK, resulting in different opportunities and expectations among the UK born and educated Timorese children. These children have their futures in UK; many of them have never visited Timor-Leste. Their parents’ plan for their own future is to achieve the best outcome for their children. Children of migrant workers who were born and partially educated in East Timor retain a strong Timorese identity but benefit from the greater educational and work opportunities in UK. Those born in Timor-Leste and fully educated in UK continue to see themselves as Timorese but become fluent in English, have English speaking friends and are more comfortable with the idea of a future in the UK than in Timor-Leste which is a distant memory. Those born, raised and educated in the UK have no memories of Timor-Leste and have a future as UK citizens. It does not appear that Brexit will deny any of them the option to stay, but it will reduce new arrivals.

Most workers believed that their lives have been enriched by the experience of working in the UK, either because it had enabled them to establish or improve a business or other improvements in their lives. However, in Timor-Leste there are few employment opportunities to use their new skills, so despite their improved position as a consequence of their experience and new attributes, many are not able to transition those skills into jobs at home. A challenge for Timor-Leste and the development community is to create an environment where people bringing back new attributes can apply these to contribute to the economic development of this young nation.

Dr Ann Wigglesworth is an Honorary Fellow in the College of Arts and Education at Victoria University. This post is based on her paper presented at the 2017 Australasian Aid Conference; download the full paper here and presentation slides here.