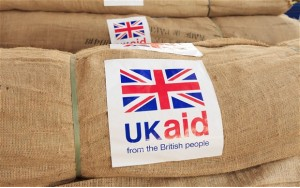 Whilst the UK elections have been a big story recently, you probably haven’t heard much about the parties’ policies on foreign aid. That’s because aid hasn’t been a key issue in the campaign. So where do the parties stand and what are the prospects for UK aid?

Following the passage of legislation this year to enshrine the 0.7% of GNI aid target, there is a clear consensus from most of the parties on aid volumes:

It is worth noting that UKIP is a right-wing populist party. This is reflected in its aid rhetoric:

We object to taxpayers’ money being sent to already economically thriving countries; countries with poor human rights’ records; and to money being spent on politically correct vanity projects that do nothing to lift developing nations out of poverty. We also believe charity should begin at home… DFID has already shown itself to be wasteful and lacking in focus on aid outcomes, yet its budget has been protected from recent government cuts.

Whilst some of this might sound familiar, UKIP’s position is an exception to the mainstream of UK politics and it is unlikely to hold a balance of power in the new government.

Which brings us back to the other parties. If they are consistent on aid volumes, do they have differences in approach?

The SNP believes that an independent Scotland would be a ‘world leader in aid’, but doesn’t go into details (at least none that I could find).

The Liberal Democrats say little other than that they are committed to end Female Genital Mutilation (FGM) worldwide within a generation, and to ensure aid programs are ‘fully inclusive.’

The Conservatives say that they will use aid to help address strategic challenges:

Aid helps prevent failed states from becoming havens for terrorists. It builds long-term markets for our businesses, by promoting global prosperity, and reduces migration pressures. So we will maintain our commitment to tackling conflict, poverty and disease around the world.

Labour has the most to say on international development and has a stronger focus on poverty:

We will work with other countries at this year’s Sustainable Development Goals Summit to unite the world to eradicate extreme poverty, tackle growing economic inequality, and place human rights at the heart of development.

jh
The private sector is essential to long-term development, and is often a positive force for change. We will extend the sharing of tax information to developing countries, increase DFID’s help to governments to collect more of their own taxes, tackle corruption, and ensure good governance. We will work with companies to ensure they have sustainable supply chains that are free from slavery, treat their workers fairly, and pay taxes where they are due.

The Green Party follows a similar line to Labour, but with a commitment to increase aid to 1% of GNI.

So what can we conclude from these various views on aid?

First, aid was not a big issue in the 2015 UK election, as reflected in the limited discussion of aid in the various manifestos.

Second, the differences between the parties on aid policy are perhaps smaller than the manifestos suggest. Whilst the Labour and Greens manifestoes talk about aid more from a poverty perspective, this is how DFID describes itself under a Conservative/Liberal-Democrat coalition government:

The Department for International Development (DFID) leads the UK’s work to end extreme poverty. We’re ending the need for aid by creating jobs, unlocking the potential of girls and women and helping to save lives when humanitarian emergencies hit.

In conclusion, whatever happens after the election—and it looks likely that the UK will have a  weak, coalition government—we can expect the new government to maintain the strong 0.7% aid target, now enshrined in law, keep DFID as the lead agency, and maintain a strong focus on poverty.

In short, expect business as usual on UK aid. But it is sobering to note that the party which best reflects Australian aid policy is the far-right UKIP. It wants UK aid to be cut to 0.2% of GNI. Australia’s aid-to-GNI ratio? 0.22% in 2016-17.