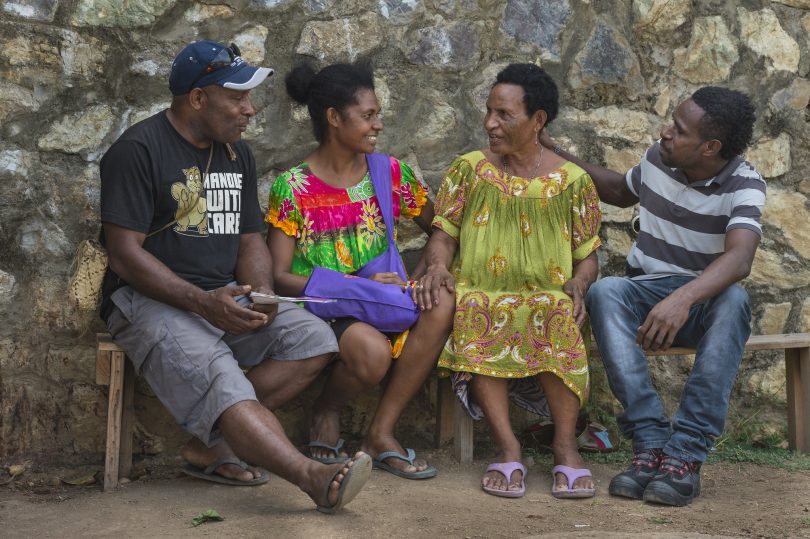 Leading up to the Port Moresby Northwest by-election in June 2021, we conducted a survey of 120 people in the electorate, to get their views on candidates, party policies, female candidates, and other issues.

The Moresby Northwest seat became vacant with the passing of Sir Mekere Morauta in early 2021. The by-election attracted 42 candidates.

The Moresby Northwest by-election was seen as a precursor for the 2022 national elections in Papua New Guinea (PNG), as old issues that are usually blamed for poor elections in PNG featured prominently, but also new challenges in the form of COVID-19 showed what 2022 would potentially look like. After the writs were issued in early April, polling was postponed twice, first due to the outbreak of COVID-19, and second due to lack of coordination between the PNG Electoral Commission and the police.

We conducted our survey with several central questions in mind. We wanted to learn the extent to which voters considered policy issues when selecting who to vote for. Also, because women fare poorly in elections in PNG, we wanted to learn more about potential support for women. And we wanted to get a sense of the popularity of particular political parties.

Our survey was conducted online, ran for two weeks, and closed before the voting day. We asked participants who were eligible to enroll and vote in the Port Moresby Northwest election to take the survey. We didn’t limit our questions to the by-election, but also asked about the 2017 and 2022 general elections.

Urban and fairly well educated, Moresby Northwest is not a typical PNG electorate, so our findings might not hold true nationwide. Nevertheless, the by-election provided a chance to learn more about voters’ electoral views. Below are the main findings from the survey.

We asked the voters about possible factors that would determine their preference allocations (PNG uses a limited preferential voting system) for the by-election. That is, we asked how they would use their three preferences when voting. The response options we offered were chosen based on common responses in previous election studies.

The results are shown in Figure 1. Most respondents said that, with their first preference, they would choose based on candidate policies. The candidate’s experience in the public or private sector was the second most important consideration. 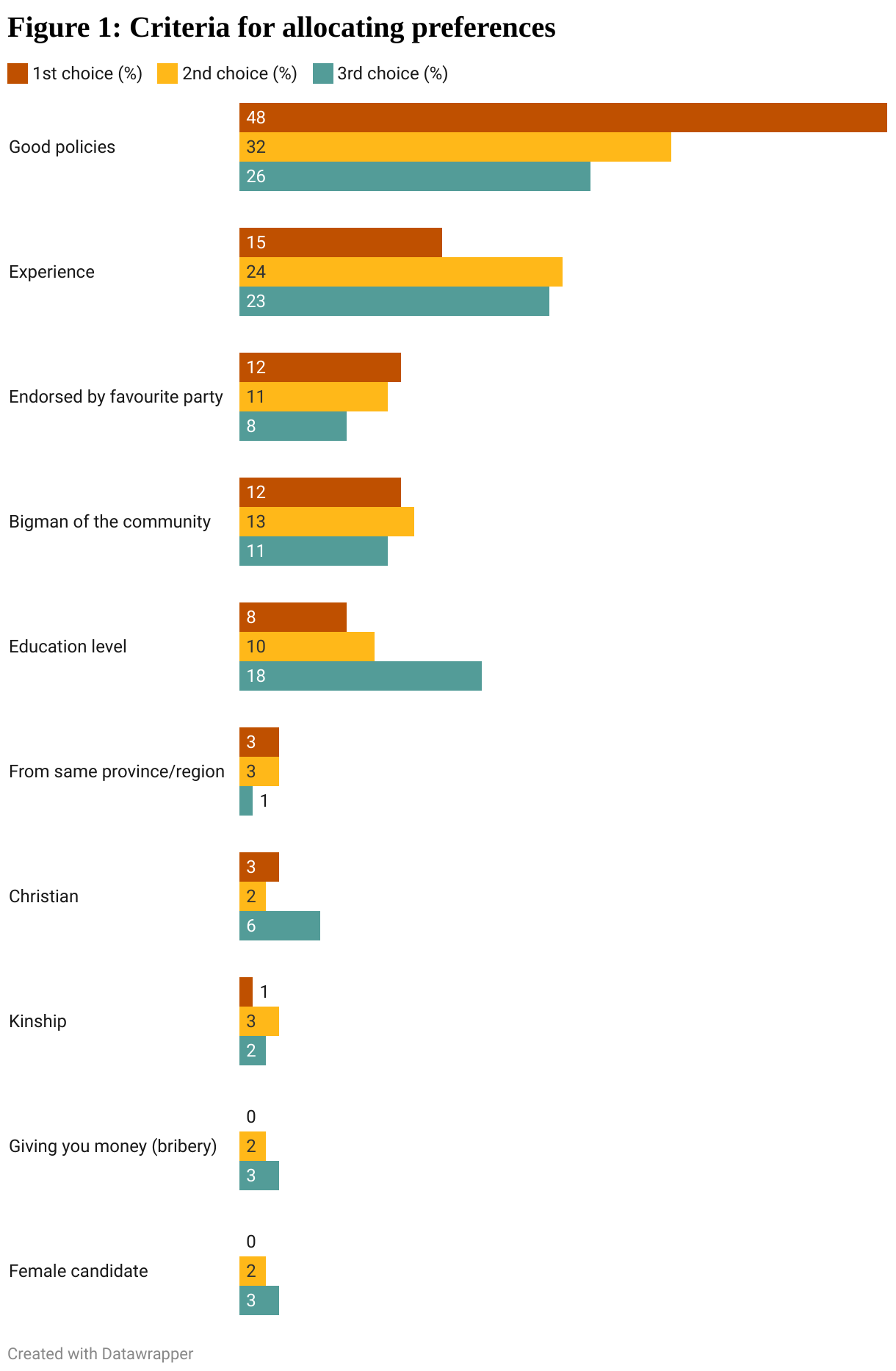 This was a surprisingly high focus on policy issues. Quite possibly, participants’ education levels may have affected the responses we received. Of the 120 respondents we surveyed, 72% either had a degree or were studying towards a degree. Also, we cannot say for sure that when they actually voted, participants in our survey prioritised policies as much as they said they did. At the very least though, our participants showed an awareness that policies should be important in electoral contests.

The three main issues that voters said the candidates should talk about for Moresby Northwest were law and order issues in the electorate, economic opportunities, and health services. We also asked the same policy question but with respect to the 2022 national elections. When asked to think about 2022, respondents said candidates and political parties should focus on how to deal with law and order issues, economic development, and corruption.

These are low figures, given that our respondents were primarily well educated and voters in an urban electorate. When we asked what it would take for someone who was not planning to vote for a female candidate to allocate one of his or her preferences to a female candidate, we tended to get responses emphasising that participants would not vote for women candidates just because they were women. For example:

“She must not play the ‘gender card’ too much and concentrate on policy matters. Being male or female does not bring about changes we hope for but the right person with good quality.”

“My preference on women candidates will depend on their education qualifications and political party and policies of the party that she was endorsed by, her leadership qualities and someone who can fight for the common good for all people.”

We also asked the respondents to pick the five political parties that they thought would win the most seats in the 2022 elections. The names that were mentioned the most were Pangu Pati, People’s National Congress, the Allegiance Party, the National Alliance Party, and the United Labour Party. However, the reasons respondents gave for selecting these parties were that these parties were either led by or, in the National Alliance Party’s case, composed of prominent individuals. Our participants clearly viewed PNG politics as being driven by prominent individuals, not parties.

Our survey participants were urban and well educated, so we cannot claim our findings hold true for all of PNG. Yet, our findings are still interesting. Voters of the sort we surveyed are at least aware that policies should be important in electoral competition. At the same time, though, our participants were under no illusions about the nature of party politics in PNG. There was no evidence that most respondents thought policies affected parties’ popularity. Rather, they primarily saw parties as vehicles for prominent individuals. Finally, despite being predominantly well educated, our participants did not vote for women often in 2017, which highlights just how tough it is for women candidates in PNG.

Russel Kitau is a tutor in the Political Science Department at the University of Papua New Guinea.

Minetta Kakarere is a tutor in the Political Science Department at the University of Papua New Guinea.