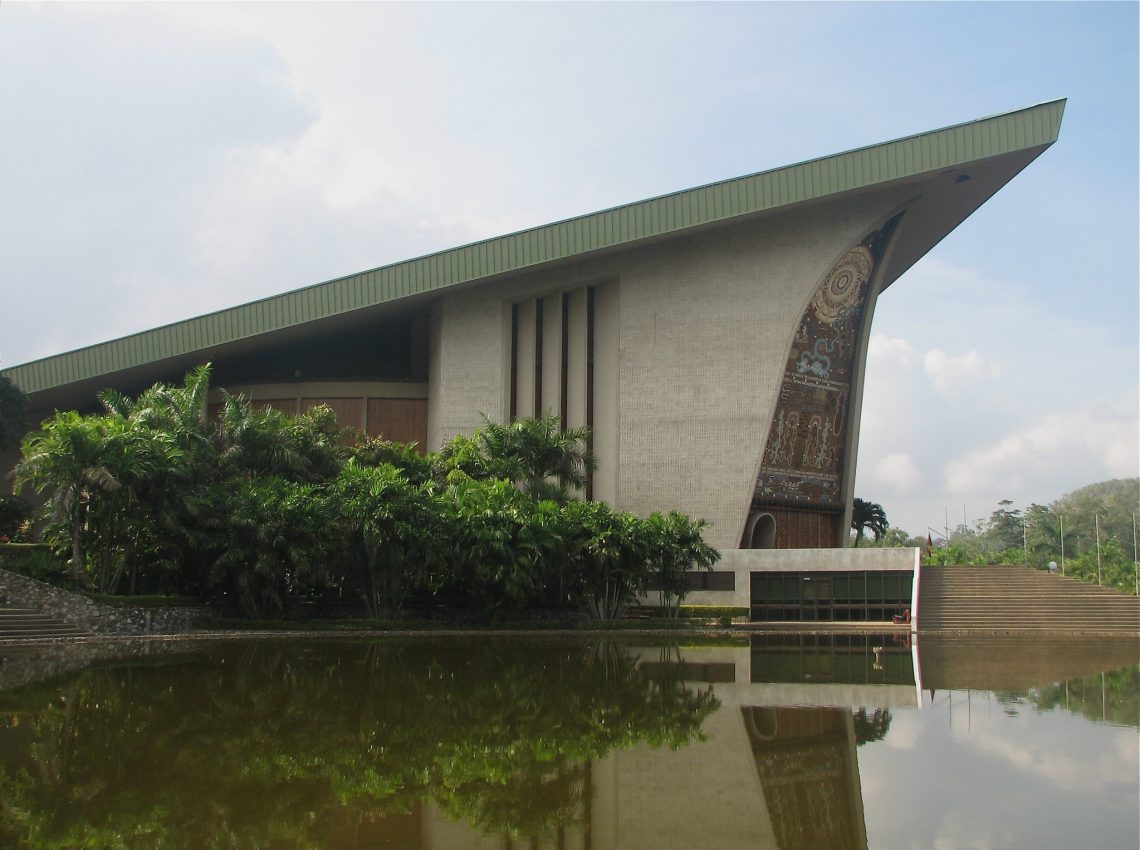 On 29 May 2020, on the eve of James Marape’s first anniversary as Prime Minister of Papua New Guinea (PNG), the Supreme Court dismissed the case intended to declare his election as Prime Minister invalid. The case was dismissed on competency grounds, and not on substantive grounds. This case adds to the number of controversial issues in PNG that need clarification from the courts. In this article, I will discuss four of these issues.

The substantive matter in this case was whether the election of James Marape was valid. After Peter O’Neill resigned on 28 May 2019 there was a vacancy for the position of Prime Minister in the parliament. Three candidates were nominated on 30 May 2019: James Marape, Peter O’Neill and Mekere Morauta. All accepted their nomination, and the Speaker closed nominations. Just before the election of the PM, Peter O’Neill withdrew as a candidate. The parliament proceeded to elect James Marape as Prime Minister. In August 2019, Patrick Pruaitch, then the Leader of the Opposition, challenged James Marape’s election in court. He argued that Peter O’Neill’s decision to withdraw as a candidate for Prime Minister after the nominations had closed was unconstitutional. However, in September 2019 Pruaitch left the Opposition and joined the Marape-led coalition government. He subsequently withdrew the court case, and was rewarded with the foreign affairs ministerial portfolio.

The new Opposition leader Belden Namah pursued the case during the first half of 2020, but procedural matters have dominated. One such matter was competency of Namah. On 29 May, the Supreme Court ruled that Belden Namah has no standing as he had been suspended since 2018 under the Leadership Code. Namah has remained in office after seeking a judicial review, but a decision has not yet been made. Unless Namah is replaced with another MP as Opposition leader, it will never be known if James Marape’s election was constitutional. Bryan Kramer argues that even if another Opposition MP pursues the case it will not succeed, as Peter O’Neill was nominated by Namah, and the court has ruled he remains suspended. Namah’s nomination of O’Neill while under suspension would therefore be invalid. Namah has said he would appeal against the Supreme Court decision as his suspension was “stayed” by the courts awaiting judicial review, thus he should be allowed to pursue the Marape case.

Electing the Prime Minister: post-election vs. vote of no confidence

The second case is on the question of whether the party with the majority of MPs should form the government in a vote of no confidence, which is the requirement under section 63 of the Organic Law on the Integrity of Political Parties and Candidates of Papua New Guinea (OLIPPAC) for government formation after national elections.

In February 2019, Davis Steven, in his role as Minister for Justice and Attorney General under the O’Neill government, sought a Supreme Court interpretation on whether the Prime Minister’s position in the event of a vote of no confidence should be limited to the party with largest numbers. While the issue was still before the courts, Davis Steven resigned from People’s National Congress (PNC) and later, in early May 2019, joined the Opposition. He voted for James Marape as PM, was appointed Deputy Prime Minister, and never pursued the case.

One of the purposes of section 63 was to ensure the government of the day reflects the preferences of voters – the requirement for the government to be formed by the political party with the most MPs elected is taken to represent the popular preference of voters nationwide. It therefore does not make sense that this should only apply for the formation of the government after national elections. To see discussions about other related concerns that gave rise to the provisions of section 63 of OLIPPAC, see this article.

Can the Speaker be removed through a vote of no confidence?

This is another matter that has never gone to the courts, though it has created much confusion. On 28 May 2019, there was an attempt by the Opposition to change the Speaker. Job Popat, who is a member of the PNC – the party leading the government at the time – refused to entertain a vote to remove him from the Speaker’s chair. He argued there were no provisions in the Constitution for the Speaker to be removed by parliament in a vote of no confidence. This position has led to many interpretations of the Constitution on both sides.

Can the courts order parliament to meet?

The Opposition sought Supreme Court interpretation, and the court ruled the adjournment invalid and directed that parliament should re-convene and deal with the vote of no confidence. The Speaker argued the judiciary was infringing upon the function of the legislature. The government said it would challenge the decision of the Supreme Court, but never did.

The constitutional issues outlined above have direct impact on the quality of the legislature and democracy in PNG. If a party gaining the majority of MPs is seen to represent the support of voters, it is illogical to not require the same support in a vote of no confidence. There is also a need to clarify whether the recall of parliament in 2016 by the judiciary was a breach of separation of powers. As a young democracy, these issues need to be settled going forward.