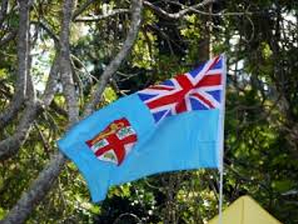 In recent weeks, there have been widespread criticisms of the easing of sanctions (such as targeted travel bans) by Australia and NZ against the Fiji Regime.

Some see it as capitulation and condoning an illegal regime which removed a democratically elected government and has infringed on many basic human rights for the last seven years.

Such criticisms might have had some validity had the sanctions been effective in any way at all, but they have not.

The sanctions may have worked if Australia and NZ had applied a total ban on trade and tourism (which they did not) or if they had succeeded, with US support, in placing a ban on Fiji service personnel working for UN and other peace-keeping activities throughout the world.

Australia and NZ could not or would not even put sanctions on their own citizens, who came to Fiji and have assisted the illegal regime to continue for seven years, while enjoying all the benefits of holding Australian and NZ passports.

Instead, Australia and NZ put travel sanctions on Fiji citizens who were not involved with the regime, but merely happened to be  family members of the regime or military bureaucrats or supporters (thereby infringing on the basic human right not to be punished for the sins or crimes of their relatives).

For the Fiji regime, regardless of the sanctions, it has been business as usual.

They have looked for, and found, new partners and donors for whom the internal affairs and state of human rights in Fiji are of little concern.

Australia and NZ may have been thinking of their own strategic interests in the Pacific (such as worries about the steep rise of China’s influence with Fiji), but the easing of sanctions hold several advantages for Fiji’s people.

While elections are supposed to be held, there is still no guarantee that they will be held.

The Australian and NZ easing of sanctions and closer political and military relations with the Fiji regime  makes it that little bit more difficult for Bainimarama to back out of the elections or even postpone them.

It makes it that little bit harder for the regime to try and rig the elections, as the other political parties fear they will.

If free and “fair” elections are held and a new Commander is in place, a critical factor after the elections may well turn out to be the military hierarchy’s stance should Bainimarama’s Party (yet to be announced) not win, but some other party or Coalition.

Will the military hierarchy (including the Commander appointed by Bainimarama himself) support the newly elected government, regardless of Bainimarama’s views?

Letting the current military hierarchy and current civilian supporters of the regime enjoy now the benefits of normal relations with Australia and NZ may well help to decide that question, especially if one outcome of another coup might be the re-imposition of perhaps even harsher sanctions.

Sanctions can only bite if the benefits were once being enjoyed.

That applies to Fiji being allowed into the Guest Worker Schemes in Australia and NZ. The withholding of benefits which have never been enjoyed is no sanction at all, as has been proven this last seven years.

Ultimately, Fiji’s people also have to consider the relative value, transparency and accountability of partnerships with various donors, regardless of the legitimacy of the regime that is in place.

Fiji citizens have large numbers of relatives and friends in Australia, NZ, US and Canada.

Fiji people and their lobby groups, have reasonable scope for working through Australian, NZ, US and Canadian political parties, NGOs and their relatively free and robust media to hold their governments of the day to account on their policies and activities in Fiji.

There is no such advantage with other donors.

A “purist” approach to the ineffective partial sanctions has not helped Fiji, and will not help it in the future, whether elections are held or not, and whether Bainimarama wins or not.

Ultimately, Fiji people will have to themselves act to decide their future, and not beg donor countries to hand them “democracy and an accountable government” on a platter.