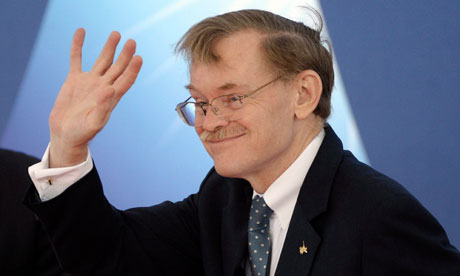 What has been unofficial public knowledge for well over a month now finally become public with the announcement that current World Bank President, Robert Zoellick, will not seek a further term when his contract runs out on the 30th of June this year. Well before the announcement, speculation was running thick and fast regarding a likely successor. However, the more fundamental questions is whether ‑ this time ‑ the selection process will be open and merit-based.

As I outlined in a contribution to The Conversation last year on the International Monetary Fund (IMF) leadership debate, control of the so-called Bretton Woods twins, the IMF and the World Bank, has been governed by a gentleman’s agreement between the US and Europe. This agreement, the product of Cold War politics, sees the US select the head of the World Bank and the Europeans (normally the French) select the head of the IMF.

By 2008/9, both of the Bretton Woods twins had committed to an “open, merit-based and transparent” selection process for their chiefs. This was followed up with a similar commitment from the G20 in June 2010. But this did not stop the appointment of the then French Finance Minister, Christine Lagarde, to the top job of the IMF in mid-2011 with little ado. In December, a UN General Assembly resolution followed, calling for more general reform in the governance of the Bretton Woods twins, to increase representation of developing countries as well as merit-based selection of the heads. The changes in representation that have occurred over the past decade have mostly benefitted larger emerging economies like China, South Korea, Mexico and Israel while representation of smaller countries, heavily dependent on World Bank loans, remains poor.

This takes us to the heart of the problem – the dominance by the US and other Western countries deriving in part from the undemocratic governance system. The system gives each country votes proportional to the shares they have in the organisation and the shares relate to the size of each country’s economy. So the US has 15.75 per cent of votes in the International Bank for Reconstruction and Development arm of the World Bank, followed by Japan with 9.44 per cent of votes. Whereas developing countries that are the World Bank’s only borrowers and the source of its profits and pay its operating costs including the President’s salary, are significantly underrepresented in the governance of the institution. The 47 sub-Saharan nations combined have just 5.77 per cent of the votes on the Bank’s Board.

It is now the middle of February, and a new President would ideally start in June to enable a transition period. An open process would see a ‘position vacant’ ad to appear by the end of the month. If time is allocated for submitting applications, the selection process, a period of notice for the successful candidate to their current position and a transition period, it is fairly clear that this cannot be done by the end of June. In other words, there is unlikely to be a fully open and transparent process, yet again. This was confirmed in an email by US Treasury Secretary, Timothy F. Geithner, just four hours after Zoellick’s announcement, which stated that: “In the coming weeks we plan to put forward a candidate with the experience and requisite qualities to take this institution forward.”

Candidates for the Job

According to an earlier Bloomberg report, the US Treasury undersecretary for international affairs, Lael Brainard, has been compiling a list of potential candidates for weeks now with the frontrunners no less than Lawrence Summers and Hilary Clinton.

Summers has worked at the World Bank and was Bill Clinton’s Treasury Secretary and the President of Harvard. Yet he would be a controversial choice. In 1991, when he was Chief Economist and Vice-President for Development at the World Bank a controversial memo he wrote on pollution and developing countries was leaked. The memo asked: “[j]ust between you and me, shouldn’t the World Bank be encouraging more migration of the dirty industries to the LDCs [less developed countries]?” Summers logic was that lost earnings from “morbidity and mortality” are less in developing countries; the air quality in LDCs is “underpolluted”; and those with most money are more choosey about their air quality and can afford to be so.

Despite being nominally a Democrat, Summers clearly has held very neoclassical and rigid views on economics. He supported financial deregulation during the Clinton era, including of over-the-counter derivatives and his overall track-record with regards to the US economy is not well-regarded. Nevertheless, he has the support of top Obama Administration officials including Treasury Secretary Timothy Geithner.

Hilary Clinton is, of course, the current Secretary of State in the Obama Administration. She doesn’t have any particular expertise in banking though as Secretary of State she does oversee USAID and has taken an interest in the area. She is rumoured to be the current runner-up in the contest, though is still campaigning. An interesting question is whether Clinton wants to contest the 2016 US Presidential Elections, meaning she would only have three years in the job before having to step down.

If you’d like to keep up with the latest information on the World Bank presidency race, you can check out World Bank President.

World Bank lending has jumped dramatically during the current Global Financial Crisis and given the poor forecasts for global economic growth this year, the demand for its resources is likely to continue. Yet there is a tricky balance here as the Bank loans money, which in turn increases debt. After the last big increase in Bank lending under President McNamara, repayments to the Bretton Woods twins, and the Bank in particular, became one of the biggest burdens on highly indebted poor countries. While quite a few developing countries are seen as low risk borrowers at the moment, this can change rapidly, especially given the volatile global situation. The World Bank plays an important role in many of the poorest and most vulnerable countries and its record has not been outstanding. Reform of the institution itself to date has been modest and, at times, tokenistic. An open, transparent selection process for the next Bank President could, arguably, set the tone for more substantive change.