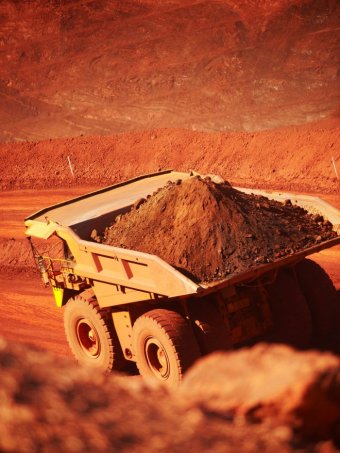 I attended four conferences about the mining and petroleum industry in developing countries from Friday May 17 to Friday May 24. In this post, I won’t attempt to summarise what was covered in these events, but I do want to present my perspective on whether the past week delivered on its promise of exploring the connections between mining and development.

The week started with Oxfam’s mining symposium, Sustainable Mining – indigenous peoples, community rights and mining: free, prior and informed consent [pdf], moved to AusAID’s Mining for Development Conference 2013, Maximising Benefits for Communities, followed by a Publish What You Pay event, Shining a Light: the emergence of a global extractives reporting standard, and ended with the Extractive Industries Transparency Initiative (EITI) 6th Global Conference, Beyond Transparency, with over 1300 delegates. The four events provided a welcome opportunity to hear global, national, corporate and civil society perspectives on extractive industries.

What did we hear?

During the week we heard a lot about how international initiatives such as EITI have led to improvements in the transparency of financial information from the extractive industry, particularly payments to governments, and the potential for further strides in transparency as companies comply with recently agreed legal requirements in the United States and European Union (see Michael and Stephen’s recent post). We also had presentations from implementing countries about the impact of EITI – for some, the initial EITI report was the first time citizens became aware of how much (or how little) tax extractive industries paid, for others it was the first time they learnt who the major resource companies were and what profits they earned. From civil society, we heard that EITI’s national multi-stakeholder group of government, industry and civil society was the first time civil society participants had been in the same forum as the other parties: able to be heard, ask questions and participate in discussion and debate.

The week’s events also included presentations about the challenges for communities and companies in putting into practice international sustainable mining standards and human rights requirements such as ‘free, prior and informed consent’ from indigenous peoples. For companies these standards and requirements are fundamental for obtaining and maintaining a licence to operate. But implementing them is not straightforward. Challenges for companies in negotiating a community agreement include establishing exactly who ‘affected communities’ and their legitimate representatives are, and understanding how local communities function; both require companies to include anthropologists in their human resource teams. For communities, it is often difficult to envisage the future with a mining project operating, so they need considerable time and expert advice to prepare for negotiations. Time constraints and artificial deadlines imposed by companies and/or states represent a significant risk to satisfactory agreement making.

Several presenters advocated for extractive industry community agreements to be published in the same way that company payments are, and argued that agreements need to be reviewed regularly to see how well they are operating and to take into account societal changes resulting inter alia from the implementation of the mining or petroleum project. Speakers emphasised the need to include different levels of government in agreements and for mutual obligations and commitments to be explicit. Unless this is done, companies risk being blamed for deficiencies in the delivery of benefits under community agreements and other parties may remain unaccountable.

A few presenters directly addressed the subject of the development impacts of mining companies. Three focused on company procurement and employee budgets, noting that both were far greater than corporate social investment budgets (procurement is one-hundred times the value of social investment for Anglo American, a metallurgical coal producer). Companies boost the local impact of their operations when they make a practice of identifying and supporting local businesses which can provide goods and services, and supporting local skills development through training and education initiatives. Another presenter noted that in remote and poor communities, companies could contribute their substantial managerial and logistical capacity to improving local services. He cited the example of Misima island, Papua New Guinea, where the mobilisation of mining company resources in a partnership with health authorities led to the elimination of filariasis.

What didn’t we hear?

At all the events, the focus was on mining’s potential to contribute to development. But apart from the examples in the paragraph above, I heard little about what is being achieved in practice. It has been recognised for well over a decade that for many countries and affected people mining and petroleum resources have been more of a development curse than a blessing. Didn’t the International Council on Mining and Metals adopt its ten guiding principles and initial Sustainable Development Framework in 2003, then its Community Development Toolkit in 2005? Weren’t the principles of EITI also agreed in 2003? Wasn’t the UN Declaration on the Rights of Indigenous Peoples adopted in 2007? Hasn’t there been a mining boom over the past decade? Which resource-rich countries have done well in converting this economic growth into development outcomes?

What’s happened is that there has been a growing and welcome commitment by states and companies to greater transparency, particularly in relation to financial payments, and to the principles of sustainable development in their operations. But if the past week’s discussions are any indication of what development progress has been made, there remains a long way to go before these steps translate into development outcomes for resource-rich countries and peoples.

Transparency is essential but it is only the first step in realising the potential of mining to contribute positively to development. What further steps need to be taken was explored on the second day of the EITI conference in a session titled, Ensuring the EITI stimulates public debate. Here the focus was on the fact that we now have more information available, and to that extent EITI and other initiatives have had some success. But it tends to be poorly disseminated, understood and used to engage companies, state and non-state authorities and hold them accountable for the development impacts meant to flow from extractive industries. Similarly, sustainable development reporting by extractive industry companies is of limited value without independent oversight and monitoring, dissemination of information in a form that can be readily understood, and ongoing dialogue leading to action.

What of the future for mining and development?

I would suggest two areas that need to be given more emphasis by international aid agencies including AusAID and the extractive industry. The first is strengthening the capacity of local communities to engage with extractive industry companies and local governments so that they can become more active and effective actors in their own development. Without stronger local community engagement that is more inclusive, especially of women, it is difficult to envisage development outcomes from extractive industry projects will improve, even with more transparent reporting regimes.

Second, extractive industry companies should push the transparency boundaries by monitoring and publishing independent reports on the local impacts of their operations. These reports should be widely disseminated and presented in a form that is readily understood; they should cover all aspects of community agreements including the undertakings of local governments and development authorities, as well as the company. Comprehensive reporting of this nature would be a fine contribution to building the constituency of citizens active in advocating effectively for their own development.

If the absence last week of an emphasis on the record of extractive industries in contributing to good development outcomes indicates there is limited evidence of this to date, in my view we should be very concerned. Mining and petroleum industries have been experiencing a boom. Now the inevitable cyclical downturn is coming, with projects being delayed, postponed or mothballed across the globe. Can we expect the potential contribution to development to be realised during the next decade when the industry will be experiencing leaner times? I hope so but, like the markets right now, I’m a bit lacking in confidence.

Margaret Callan is a Visiting Fellow at the Development Policy Centre.