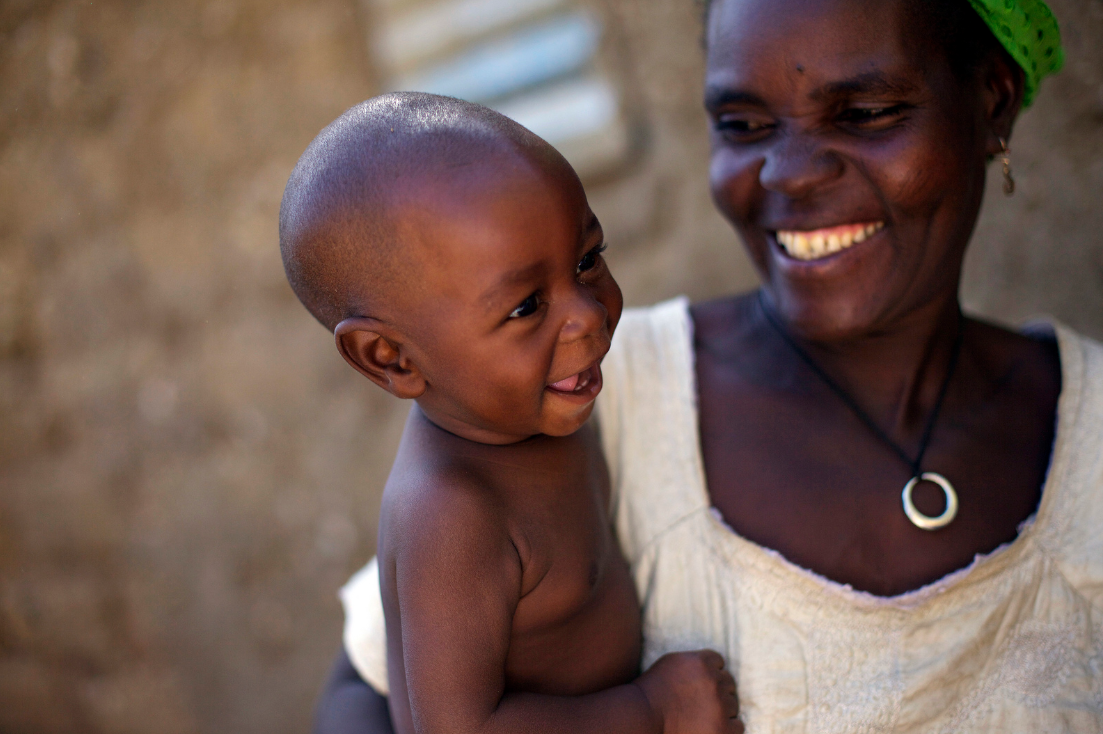 A UNICEF programme supported by the UK is helping the community in Mazadou to build its resilience to droughts and food crises. Photo: UNICEF/Benedicte Kurzen.

It seems we have a problem with food. Some people eat too much and some people eat too little. This is not just the kind of problem you have when people come over for a dinner party. It is far more serious and actually a global problem. On 6 June 2013, the leading medical journal, The Lancet, published new research revealing there are growing problems of obesity across the world while at the same time levels of under-nutrition are alarming.

What is surprising is that obesity is not just an issue for the rich countries of the world. In fact 76% of the population of overweight and obese children are now in Lower or Middle Income Countries. High-income countries certainly have the highest prevalence but the greatest overall numbers are elsewhere. This has vast implications for both the future health care cost and in fact for the overall development of those nations.

Unfortunately many of these same countries have an even larger challenge with under-nutrition. In fact under-nutrition must surely be rated as the largest public health issue the world currently faces. The research reveals that there were 6.9 million child deaths in 2011 and that 3 million (45%) of these were caused by under-nutrition.

So the greatest killer of children is not bacteria, or a virus, but a result of lack of food. This is a fact that should shock and enrage us. That children should lose their right to survive, due to a lack of nutrition is a massive injustice.

Beyond the child deaths is a less obvious problem, that of child stunting. It took me some years working in international development to fully realise the scale and impact of this problem. In the initial years of working in refugee camps my focus for assistance was always on the classically skeletal child. Later, during my work in rural villages I would meet many children who on first glance looked fine. It was when I asked them how old they were that I was often shocked. They would say they were 8 but look much younger. This is a tell tale marker of child stunting.

The Lancet research found that there are 165 million children with stunted growth. Furthermore this stunting has compromised their brain development and physical capabilities, making yet another generation less productive than they would otherwise be.

Child stunting and under-nutrition are not just personal tragedies for children but serious economic handbrakes. Countries will not be able to break out of poverty and sustain economic advances without ensuring that their populations are adequately nourished.

According to the Lancet report, under-nutrition reduces a nation’s economic advancement by at least 8% because of direct productivity losses, losses via poorer cognition, and losses via reduced schooling. We know it is economic growth that ultimately solves poverty but it stalls at the first hurdle if children are undernourished.

There is good evidence for what to do. Since an earlier report from The Lancet in 2008, many nutrition interventions have been successfully implemented at scale. The evidence base for effective interventions and delivery strategies has grown. The problem is coverage. They are just not reaching enough people.

Certainly the experience of my own children’s agency Plan International bears this out. The results for children of our early childhood programs in places like Indonesia, Laos and Uganda are profoundly positive. Our school feeding projects in places like Cambodia are also having a great impact. The problem is taking these to full scale across the country.

The Lancet reports that to take nutrition program coverage to 90% in 34 of the most at risk countries would take $10.2 billion per year. Of this the majority could be found from within the budgets of those countries but that $4.2 billion would be needed from external donors.

There is an important role to be played here by government donors like AusAID in making nutrition a priority. This starts with having strong under-nutrition policies that focus on the first 1000 days during pregnancy and the first 2 years of life. It extends into early childhood programs and school feeding. Traditionally there has been a focus on food security at the macro level but what is important to children is that the programs really reach them.

That’s why I was pleased to see David Cameron taking a leading position on this issue of under-nutrition recently when he announced a further $620 million to feed the world’s poorest children from the British government. It was also reassuring to hear that it will be one of the issues on the G8 summit agenda scheduled for June 17-18.

So it seems we have a major problem with food. The rich are eating too much to the detriment of their health, while poor children are missing out. This is the sort of global challenge that should be on the minds of G8 leaders. It is a matter of international justice that food should be available for all. Doing so would certainly go a long way to make this planet a fair one for all human beings.

The executive summary of the new Lancet series on Maternal and Child Nutrition is available here [pdf].