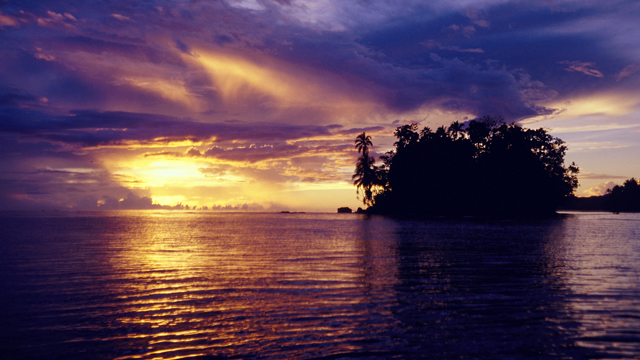 In my fifth and most recent blog post in this series (collected here) on reflections on Pacific development, I concluded that: “Pacific governments, influential donors and Pacific societies all need to pay much more careful attention to the framework, approach and also the essential policies and institutions for growth and development as opposed to trying to reinvent theory and ignore experience. Even the smallest, most distant and resource poor economies can perform better when more attention is paid to the proven approach to growth.” But what if better approaches, policies and institutions are known: can they be implemented?

An old friend and colleague, a Pacific islander who has held senior executive positions in his country, told me that he has many ideas to help his country, but if he tells them to others they say, “What’s in this for Sitiveni? How will this benefit him and his family?”

Proposals for public reform can be confronted by an interpretation of personal, as well as actual, vested interest in any country. Some Pacific island economies seem to be frozen in time, with the same collection of growth policies, institutions and approaches proposed again and again. Do individual, personal interests and others’ concerns about such interests consistently prevent greater public gain? Conversely, what situations support reform?

The capacity development case studies that the ADB commissioned throughout the Pacific from 2006 to 2007, under a project I managed, determined that it is most difficult to build capacity without a much deeper understanding of the context, including the demand, for reform and development. In trying to explain the full context for capacity development, one metaphor that resonates well with both islanders and non-islanders is the picture of an island. The idea is that what lies above the water line and may be obvious to all observers (for example, the human and physical capital and the written law) does not reveal the full environment or context for change. The social relations, culture and informal politics that lie below the water line can be more powerful in driving decision making.

Rob Laking argues that [pdf]: “… forms of traditional governance based on clan or chiefly authority, and the churches … for many, these institutions are more important than the state as a source of social capital.” There can be much that is subtle or more or less hidden in the way the Pacific goes about its business, at least to the outside eye. What may be seen above the water line is not the full story of change, reform, growth and development by any means. How can proponents chart a course for reform through such a complex environment?

Acemoglu and Robinson argue that worldwide, more inclusive institutions help bring about decisions in favour of greater public benefit and stronger nations. I think many who have experience of implementing development projects would agree. The same authors contend that there is no natural process that leads to inclusion. Rather, it is only in the interest of the elite to cede power to inclusive institutions when they are confronted by something even worse. It may be easier for societies’ privileged leaders to accept reform together with the loss of their vested interests when it is absolutely necessary, for example, when confronted by a ‘fiscal cliff’, or a debt crisis or civil protest. Such public urgency may raise the acceptance of the cost of change.

Outside of crises, can there be an alternative process or means to change in the interest of greater overall prosperity? I believe the experiences of migration, settlement, trade, war and other cooperation and organisation in the islands prove that there can.

Pacific island societies had, and in some cases still have, the means to take decisions and consider change in an inclusive manner, in the greater interest, at least at what is now considered to be the local, community level. The Maneaba, Maneapa, Faluw, Fale, and other Pacific meeting houses have allowed a transparent, participatory and accountable process, that is, a more inclusive means to taking decisions in the interests of the societies they serve. Though surely not perfect, and just as assuredly liable to capture by self-interest, the potentially inclusive nature of the meeting house served the governing needs of many societies for many centuries. However, for all of these same societies, over the past four decades these older, more ‘traditional’ and local centres of discourse have been supplanted at the national level by a more modern government. (I am referring to government here in the broader sense as the system by which either a state or a community is governed and not just the government of the State.)[1]

Departmental committee meetings, cabinet meetings and the parliament, or its equivalent, may be the new meeting houses at the national level, but the same inclusive systems and levels of transparency, participation and accountability (that is, good governance) have not necessarily been transferred into decision making at the newer national level. At least not yet.

As the ADB has argued [pdf]: “Making wise development decisions is not easy in countries characterized by a scarcity of resources, isolation, and other geographic constraints, and the resulting dearth of development opportunities. The slow pace of creating effective, modern systems of government in these countries has also made decision making more difficult. Modern systems of public sector management that engage citizens and respond to their needs are not yet well established, allowing traditional systems of government to endure and opening the door to the pursuit of private, vested interests at public expense.”

The Pacific continues to be dissatisfied with its development results. Efforts to introduce improved policies, institutions and development approaches continue to be frustrated. In accepting the island metaphor for change, leaders of change have to look for the means to navigate a more inclusive reform process.

This insight led the ADB to study [pdf] (and here [pdf]) the political economy of change, to examine successful cases of reform and to test alternative practices. The findings of all these exercises probably justify another blog post, the final in my series. For now, while the search for better development results must continue, I think we can say that the solution is not just a matter of what policy, what institution, and what framework, but it is also very much a matter of how; that is, the process of reform.

Change in favour of greater overall prosperity may come about at times of crisis but may also be possible through better processes of transparency, accountability and by participation. Given the still evolving nature of the islands’ institutions and political systems, all reforms and all development assistance should embody processes that strengthen transparency, participation and accountability.

For a compilation of all six “Pollard’s Pacific Reflections” to date, see here or for the individual blogs in the series, see here. Watch out for the final installment in the series.

[1] My thanks to Dr. Tim O’Meara for comments and corrections on earlier drafts.