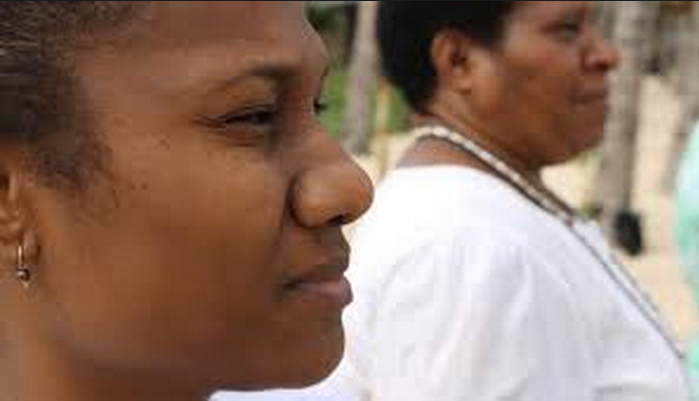 A new report on Public perceptions of women in leadership, released in Suva on 5 November, provides a window onto changing community attitudes about the role of women in political leadership in Fiji. The research also provides insight into the views that lie behind women’s increased representation in parliament at the recent elections, to 14%, up from 11% in the 1999 and 2006 elections.

The study, undertaken by the Fiji Women’s Forum in partnership with International Women’s Development Agency (IWDA), with funding from the Netherlands Government (the research was funded through the Funding Leadership and Opportunities for Women program and led by Patrina Dumaru and Sarah Pene, who also wrote the research report, with input from the Fiji Women’s Forum and IWDA), is the first of its kind. It explores community views about the role of women in Fiji politics and attitudes to leadership more generally. Drawing on responses from more than 1,400 participants, solicited through survey questionnaires, focus group discussions, and key informant interviews, the report offers a snapshot of public attitudes towards women in leadership captured during the lead up to the 2014 general elections in Fiji.

The research findings challenge claims that women’s under-representation in parliament reflects a low level of community openness to women in political leadership. In fact, the majority of people in Fiji feel that women are under-represented in government, and that increasing the level of women’s representation in politics would be beneficial to the nation as a whole. Women and men of varying ages and across ethnicities readily identify women’s leadership capacities, and see these capacities, as the same ones that are essential or very important for governing. These findings point to significant potential for women to make a much greater contribution to public life in Fiji in the future.

The research also shows how opinions vary across the Fijian population, and where attitudinal change is happening. For example, the strongest support for female leadership is among women and young people, where there is very high acceptance of women’s increased political participation and women’s leadership in general. Women were far less likely to favour women’s return to traditional roles in society than men. Many women say they would prefer to vote for a woman than for a man, challenging claims that “women don’t vote for women”. Younger women in particular showed a marked preference for voting for a woman candidate, compared to older women. Generational shifts in perspective are underway, with growing acceptance of women as political leaders. These shifts point to a significant opportunity to capitalise on the changes underway‑and to potentially amplify them through inclusive policies and approaches that directly involve and engage younger voters.

Those who perceive men to be intrinsically better leaders than women, or in some other way oppose an increased role for women in politics, now comprise only a small minority. These views tended to be found more often among men, especially older men, and men in rural areas. Some of the most conservative viewpoints were most prevalent among older Fijian men, especially those in rural areas.

Women are generally seen as entirely capable of being involved in elected politics, if they have the interest and the confidence to do so, and if there is more encouragement from their communities and the wider society. The majority of respondents did not view a lack of experience or a lack of education as being the major reason why women have stood for election less often than men. Interestingly, though, a lack of experience or education is the main reason that female respondents gave for why they themselves would not consider standing for election.

For young women, their youth is an additional barrier to political representation. Both women and men far more readily expressed a preference for electing candidates aged 45-60 over younger candidates than they did a preference for either male or female candidates. These findings highlight the importance of structuring studies such as this so they can be disaggregated by both sex and age, enabling policy and programming responses to speak directly to the issues, concerns and preferences of people at different ages and life stages.

The findings show the value of such research for gaining insight into attitudinal shifts underway in communities, especially in contexts where politics, business and mainstream media do not reflect the demographics of the wider society. The information revealed by this study will assist those working to strengthen women’s representation in politics and decision making to more specifically target barriers and amplify positive changes. In particular, the research points to several policy and programming approaches that would support the work of many civil society organisations in Fiji, and in the Pacific more broadly, to reduce that most pervasive of democratic deficits, the under-representation of women:

Although politics remains a male-dominated sphere in Fiji, the findings of this report are heartening for individuals and organisations interested in seeing more women in political leadership roles. Public perceptions of women in leadership reveals that many parts of the community are ahead of generalised perceptions and dominant media narratives, which tend to downplay the extent of openness to women taking on a greater leadership role. The research illustrates the importance of grounding policies and programs in evidence, and underscores the potential benefits in undertaking similar analysis in other countries across the Pacific, as a basis for effective, contextualised investment in strengthening women’s representation in public life.