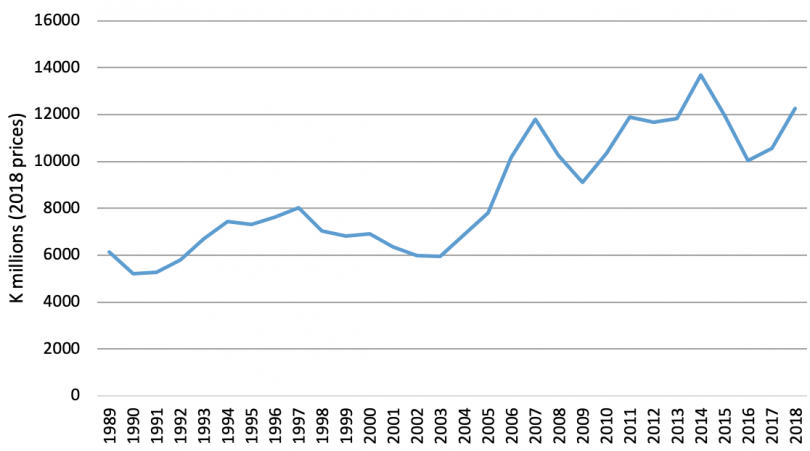 PNG’s 2018 Final Budget Outcome, released in April, shows that government revenue increased sharply last year. Not taking into account donor grants, revenues increased by 21.5%, which, after inflation, is the second highest single-year increase in the last three decades (the highest was in 2006). This is good news, as the government in previous years has struggled with revenue at crisis levels. That said, the rise reflects one-off adjustments, and it is too early to say that things are back on track. 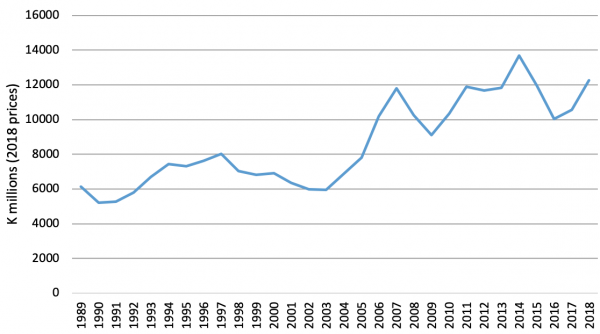 There are three taxes we can look at that reflect growth in the non-resource sector – where most Papua New Guineans work. Personal income tax, which reflects employment and wage growth, company tax, which reflects private sector growth, and GST, which reflects consumption. GST revenue grew by 5.7% (after inflation), about half the average year-on-year rate of growth since its creation in 1999. Company tax revenue grew by 3%, also around half the average rate of growth over the same time period. Income tax declined in real terms. There was a bill tabled in the 2018 budget to reduce the income tax on termination of employment payments, however the reduction in income tax is also consistent with a fall in formal sector employment. This is a disappointing result, though roughly in line with expectations from the initial budget. 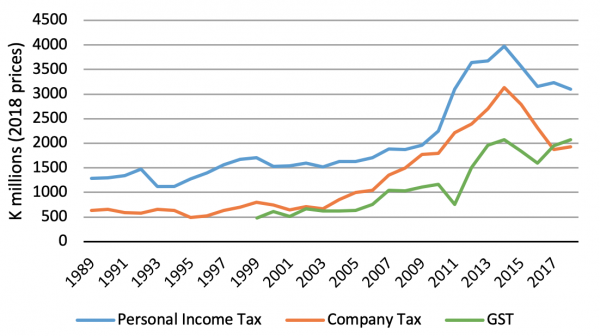 Figure 3 shows a comparison between imports and exports, excluding LNG, which is a useful distinction, given the extraordinary size of the LNG project and its related exports. 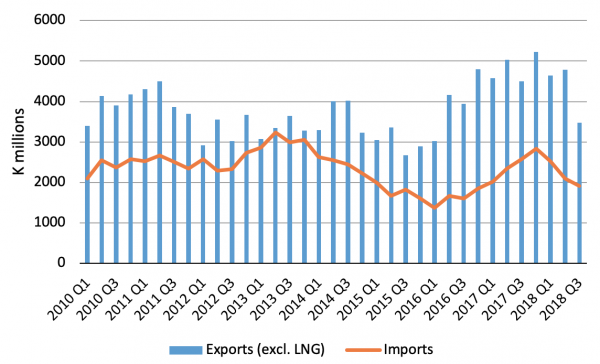 Overall, revenue from economy-wide taxes increased, but only by K260 million, or 3%, after inflation. More important were the boosts in resource revenues, and in non-tax revenue.

Non-tax non-resource revenue reached its second highest level ever, increasing by K820 million, or 206%, after inflation. The new policy forcing statutory authorities to hand over most of what they earn worked well, with the National Fisheries Authority in particular having to hand over hundreds of millions of Kina. In all, state services and statutory authorities provided around half a billion Kina to the budget in 2018, or around 5% of total revenue, up from less than one million the prior year!

Resource revenues (from taxes and dividends) are still low by historical standards, but are recovering after severe compression in 2016. Compared to the prior year, in 2018 they increased by K622 million, or 88%, after inflation. 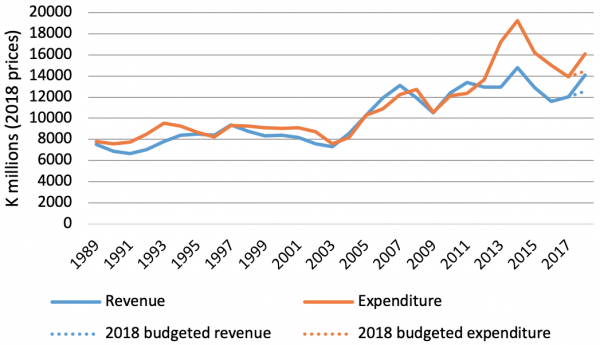 The government has successfully found ways to increase its revenue, something necessary to improve its budget situation. However, the growth in revenue hasn’t been due to a recovery in the non-resource economy, which would affect the lives of the majority of Papua New Guineans. The stronger performance has largely been due to better performance from the resource sector, higher tax revenue from international trade, and a one-off increase in the contribution to the budget from statutory authorities. Neither the PNG budget nor the economy is out of the woods yet.

The PNG Budget Database has been updated to include the 2018 FBO and is available here.