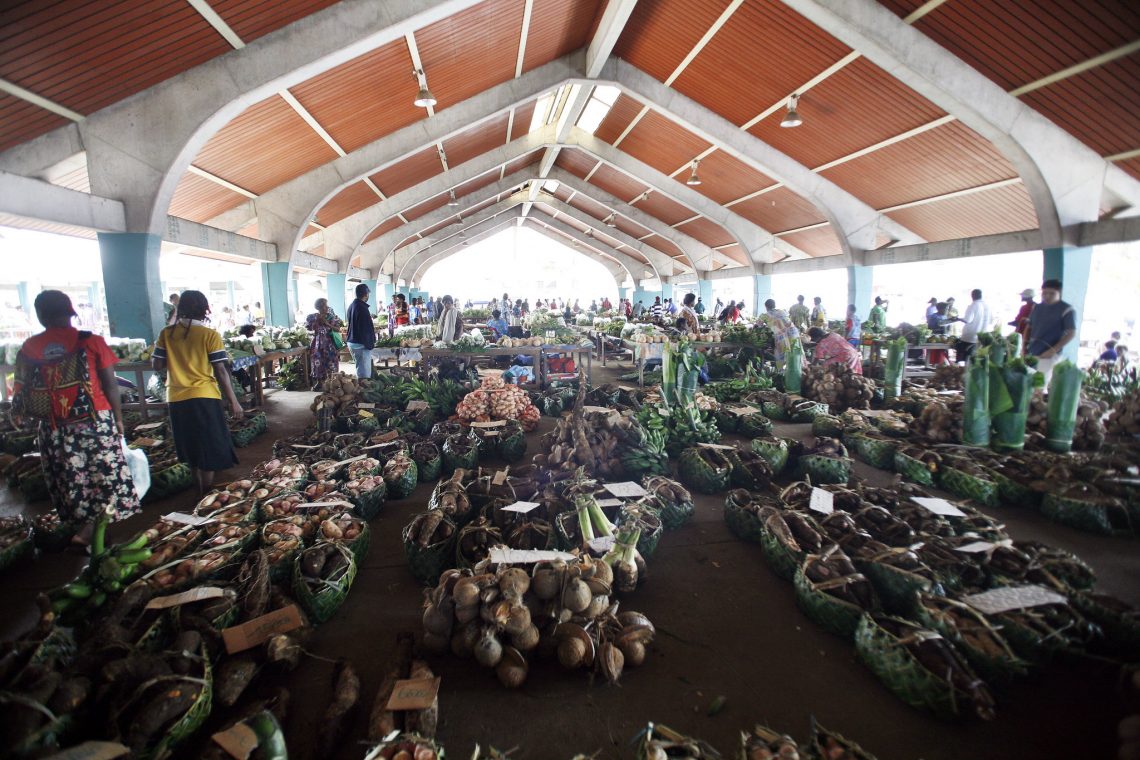 What more can be done to mobilise resources for Pacific recovery?

The economic consequences of COVID-19-induced lockdowns have permeated across the Pacific. In a region with high dependence on aid and tourism, development partners and the international community will continue to be called upon to prevent a severe deterioration in the fiscal position of Pacific governments.

Countries like Vanuatu and Fiji are expected to observe GDP declines of 3.3% and 5.8%, respectively, as export and tourism demand crumbles, possibly much more. The UN has also warned that unemployment figures in Vanuatu’s formal workforce could be staggering, reaching up to 40%, and that there could be even greater job losses in the informal sector.

Exogenous economic shocks, such as the ramifications of COVID-19, pose concerns for analysts focusing on the wave of global debt that sovereign states have amassed over the past decade. Prior to the pandemic, public and private debt in emerging and developing economies surged to a record US$55 trillion, and in many instances was double the nominal level reached just before the global financial crisis.

In the Pacific, bilateral lending has also played an increasingly important role. From 2011 to 2018, China committed US$6 billion in loans to the region, including US$4.1 billion for Papua New Guinea (PNG). While not all commitments are realised, China is the single largest creditor in Tonga, Samoa and Vanuatu.

While China’s contentious negotiations with the Maldives to restructure the latter’s debt obligations might be a sign of things to come, the risk of an immediate debt meltdown across the Pacific does not appear high, at least relative to other developing nations across the world. Most of China’s lending is currently only accruing interest (with principal repayments not yet due) so the risk of Pacific governments being unable to service these loans in the near term is low. Analysis published by the Lowy Institute also suggests that for at least five Pacific governments, sizeable injections of additional development-oriented lending would be possible without immediately breaching debt-capacity warning thresholds.

The Pacific may not yet be at risk of a default, but debt relief and restructuring mechanisms still have an important role to play in providing immediate fiscal headroom for Pacific governments to support spending on domestic health and economic priorities.

According to one report at the start of June, only $825 million worth of fiscal support has been provided by development partners so far. In some instances, such as Australia’s COVID-19 response measures for the Pacific, the financial support is arriving from reprioritised aid budgets, rather than from additional aid allocations. Much more is needed.

With countries like Australia also facing domestic impacts from the pandemic, innovative responses to future debt obligations from Pacific nations have become an increasingly important vehicle to generate fiscal support.

Australia has so far provided $100 million in immediate funding support to the region and is part of the much-touted G20 bilateral debt service suspension initiative. The latter includes a freeze on debt servicing for PNG’s $440 million loan to Australia, which alone amounts to approximately 32% of total debt servicing costs in the region.

While this support is helpful, the G20 standstill is designed to be temporary until developing nations can generate the financial capacity to overcome the worst impacts of the pandemic. The standstill expires at the end of 2020, yet analysts are forecasting that the significant COVID-19 impact on industries like tourism will continue throughout 2021. An extension until the end of 2021 may appear necessary and appropriate for G20 members including Australia to endorse.

Then there is the $2 billion Australian Infrastructure Financing Facility for the Pacific. This could lead to the funding of viable infrastructure projects that mitigate unemployment and improve health facilities during this pandemic. But, while some projects have been approved in principle, none have been funded. There have been various calls (here and here) to broaden the purpose of the fund, and make it more concessional. Given the crisis, these should be heeded.

Another solution involves expanding the IMF’s rapid credit facilities. These facilities exist to provide quick access to assistance for low-income countries with limited conditionality attached. In April, the IMF already resolved to expand access by temporarily increasing each nation’s quota from 50% to 100% and quotas on cumulative bases from 100% to 150%. These measures expire on 5 October, unless renewed further.

With 102 countries already requesting IMF assistance due to COVID-19, the IMF needs to mobilise new funding sources. Despite a headline US$1.3 trillion of total IMF resources, the IMF’s capacity to provide new loans is only capped at about half that amount due to the impact of member nations that borrow funds against the quota they provide to the IMF for lending. One option is to issue US$500 billion in Special Drawing Rights, which could boost foreign exchange reserves for developing nations that collectively receive 42% of this issuance. Yet, opposition from the United States to this option remains the biggest obstacle.

A novel approach has been proposed by Patrick Bolton and his co-authors, who have argued that interest payments of multilateral and private sector loans could be deposited with facilities managed by the World Bank, which could then use the funds for immediate emergency COVID-19 funding. They estimate such a facility could provide resources representing 4.7% of GDP to countries that might apply under the proposal over a 12-month period. In the lead up to the G20 Finance Ministers’ meeting in July, the International Chamber of Commerce, International Trade Union Confederation and Global Citizen organisation jointly endorsed this proposal as a mechanism to temporarily remove the spectre of debt from pandemic and crisis amelioration efforts.

Finally, there is China. Pacific debt servicing to China might be small, but Chinese lending has been extended to Pacific countries at high risk of debt distress. China’s participation in the G20 debt suspension initiative covers 77 developing countries so far, including PNG and Tuvalu. However, the day after the G20 initiative was announced, a Ministry of Commerce official wrote that ‘preferential loans are not applicable for debt relief’. It has been previously estimated that 80% of Chinese lending to Pacific nations is via these types of preferential or concessional loans. Clearly, China needs to ensure that its relief extends to all loans including concessional finance as per the G20 agreement.

In summary, steps are being taken to give Pacific nations the fiscal room to avoid the worst of the COVID-19 crisis. But more needs to be done by Australia, China and the international community. How far all are willing to go will be key for a sustained regional recovery.

Brendan Ma
Brendan Ma is a student and tutor in the University of Sydney Discipline of Finance, Australia’s representative to the G20 Youth Summit and a Board Director of UN Youth Australia.