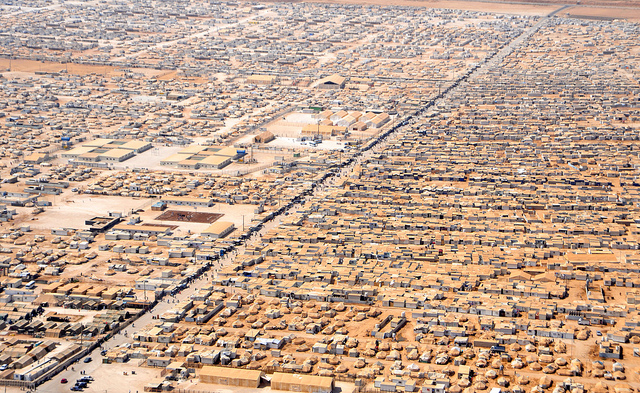 Governments and humanitarian aid workers will sit at the World Humanitarian Summit table next week seeking a better way to help the unprecedented 125 million global victims of war and natural disasters. As with any major gathering, some of the worst offending government violators of humanitarian law will also attend. For this reason, one of the world’s leading humanitarian organisations – Médecins Sans Frontières (MSF) – has pulled out of the Summit.

MSF delivers life-saving medical assistance to victims of war and other catastrophic emergencies. Their expert staff, like so many other humanitarians, offer care at the front lines of the world’s worst conflicts. They’re walking away from the Summit, dispirited by an agenda that has failed to produce any concrete demands for states that are violating the basic principles of the humanitarian game.

MSF may be right to doubt the Summit; I believe they are entirely wrong to bail.

Here’s how the game is meant to be played: humanitarian aid workers are protected by a thin layer of rules that grant impartial delivery of medical and humanitarian relief to victims of war, from all sides of a conflict. Governments and combatants agree to abide by these rules, with all sides benefiting from the alleviation of war’s worst effects on innocent people.

Those are the rules, given binding and universal legal force in the Geneva Conventions. When a government or other party breaks them – whether by attacks, threats, exploitation, denial or disruption – then humanitarians are left defenseless, their aid stops, and more people on all sides of the conflict suffer.

All over the world combatants, including states, are breaking the rules. Just look at events over the last two weeks:

After the camp bombing, the UN Security Council tried to adopt a statement condemning Syria’s regime. The statement was blocked by one of the Council’s veto-wielding powers – Russia.

The US, Russia and other state parties will be at the Summit in Istanbul. Meaningful action to keep them from breaking the humanitarian rules will not. That is why MSF is leaving, saying ‘‘the Summit has become a fig-leaf of good intentions allowing these systematic violations, by states above all, to be ignored”.

MSF, perhaps more than any other humanitarian agency, has every right to despair at the declining respect for the humanitarian rules – the Kunduz attack was but one of 75 attacks on MSF medical centres in 2015.

But as a New Zealand humanitarian, I had hoped to stand in solidarity with them in Istanbul, just as I had hoped they would stand with me and other Pacific representatives to demand action on the distinct humanitarian challenges facing our region. By ditching the Summit as a whole, MSF ignores a wide world of humanitarian issues where progress is both possible and needed.

Disasters take many forms. The world is not just defined by today’s protracted crises in Syria, South Sudan, Yemen and Iraq. It is also a world of earthquakes in Ecuador and Nepal; of Zika, Ebola and yellow fever. It is a world where our changing climate can create powerful, sudden storms like Tropical Cyclone Winston, or long, smouldering crises like the El Niño drought in Papua New Guinea, Central America and the Horn of Africa. Even in situations of conflict, relief doesn’t always occur under the threat of bombardment, nor is the desire to provide effective relief always at odds with the interests of states.

While they carry a particular burden of responsibility, states aren’t the only actors that need to change. All humanitarian actors – including MSF – need to consider how we can improve our approaches to deliver aid more effectively to those in need. The World Humanitarian Summit is an occasion for humanitarians to commit to new ways of working – how we involve local disaster-affected communities, for example, or how we tailor our efforts for the most vulnerable groups, like women, children or people with disabilities.

Many New Zealand humanitarian agencies are deeply engaged in relief efforts around the world, often working alongside MSF. For others more focused on the Pacific region, the existential challenges of aid delivery in Syria and Yemen have little relevance for our regional context. All the same, these representatives will join in solidarity with other humanitarian actors in Istanbul, understanding that in a complex world of humanitarian challenges, the Summit was always going to be a give and take – allowing for more progress in some areas, and less in others. Regrettably, MSF will not be present to act in solidarity with other humanitarians concerned with these broader issues.

In Istanbul next week, governments will likely not show the political will to restore the integrity of the laws of war. I will be there all the same. By being present in the Summit hall in Istanbul I will take state delegates to task for their failure to uphold the humanitarian rules, without fear of being bombed. Across the border in Syria, MSF will have no such luxury.

Darren Brunk is Humanitarian Coordinator for the Council for International Development (CID) in New Zealand.

The views expressed in this post are those of the author; they do not necessarily represent the views of the Council for International Development or its members.